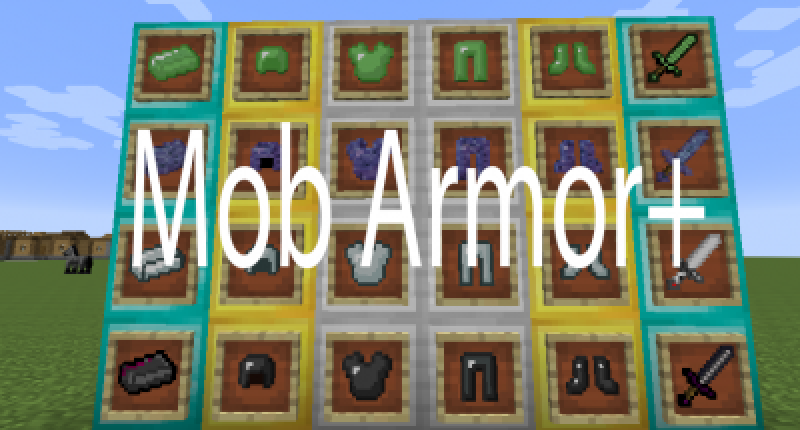 TO GET THE ENCHANTMENTS ON THE ITEMS YOU HAVE TO CRAFT THEM!!

For Crafting recipes and more detailed description for each item go to //mobarmor.wix.com/mobarmorplus

-Recognized more bugs that will be fixed in the future

-Added Dimension for each ore

Probably one of the best mods on this website. I can tell whoever made this put a lot of work and time into this. Highly capable to getting mod of the week. 10/10

@#8 The first hitlerwasntsobad to the last one was the same person from our class making new accounts. Trust us we want to delete the comments but we don't have that option.

So I just finished doing a mod spotlight (new series of mine on youtube) and I dont mean to sound rude or anything, But what exactly took 6months to make this mod? I did see some (2) unique stuff like colored descriptions, The whole flying thing. anyways.... lot of spam and inappropriate word usage in comments section. (maybe from alt accounts) Keep working on the mod it can be better. :D

@#10 1) can you remove the spam comments we don't want them.(First Hitler one to last) 2) We were only working on this on Fridays and like 20 min every now and then. Also our mcr file contentiously broke.