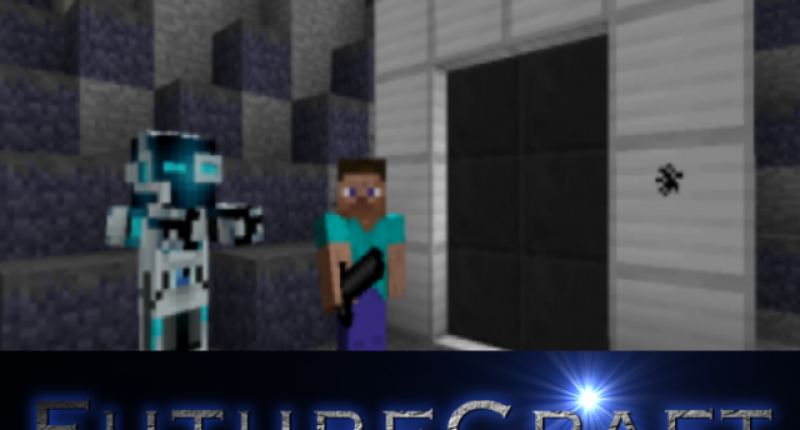 Ever wanted to travel to the future? Well in this mod you can! Or at least, you can travel to a futuristic dimension full of structures, robots, aliens and more! Build a portal out of iron and light it with a Futuristic Overworld Portal Igniter and BOOOOOM the portal is lit. As soon as you arrive you will notice various mobs (including futuristic villagers, aliens, robots and robotic spiders!) and a few structures (future house, future tower and maybe a spaceship). Also, there is an osmium set of armour (which provide potion effects) and tools, though not very enchantable, that have average durablity and attack damage. Currentlly, no mobs drop Osmium Fragments but this mod will be updated soon to add Androids which drop them and a few other things. But there's 1 more thing: a boss. To summon the Alien Lord, you must somehow strike an alien with lightning. This was my second mod, made for the MCreator contest 2015.

WELL DONE to the author of Final Science for winning the contest! :D

Workin' on the update right now! Changing a few things as well as adding some new stuff!

Thanks for the comments! I am just about to release V1.7 Which has added a bunch of stuff and fixed some bugs. Better get started on the new updated description!

V1.7 will be known as "The Fail" since all the textures have gone missing! However V1.7.1 will be out soon with texture bugfixes!

Hey! that mob in the picture came from my mod

Oh Well! it's ok, I abandoned my old mod anyway

anybody can feel free to take from the simple mod
but not any other mods!
GOT THAT!?

I'm trying this in a FTB mudpack :D

@TimeWizrd 1-You didnt made this mob,you just got it on a website(like pmc,skydaz etc)
2-If you didnt notice this mod was made before yours

BTW,my mod is also at top mods list,wanna check it?

Mechanism already has Osmium in it, This does have copyright things.