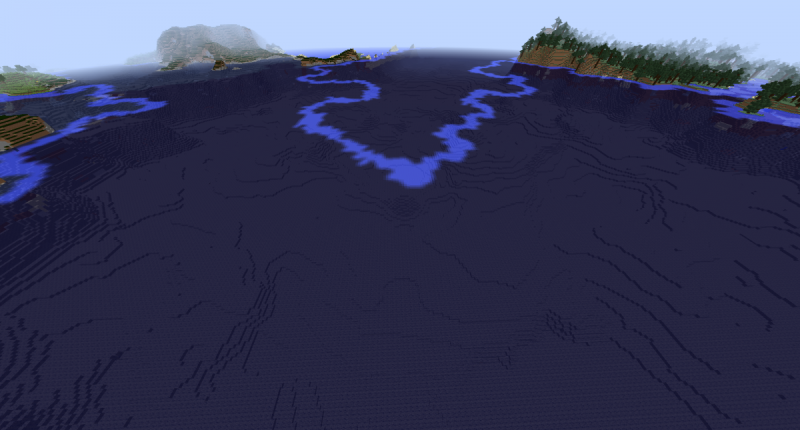 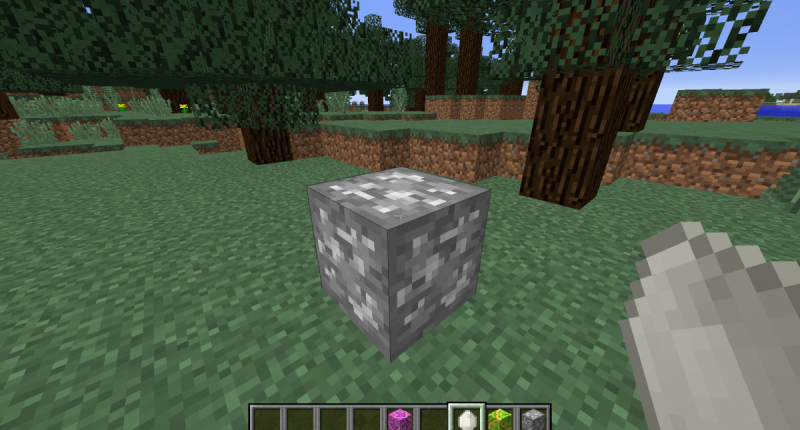 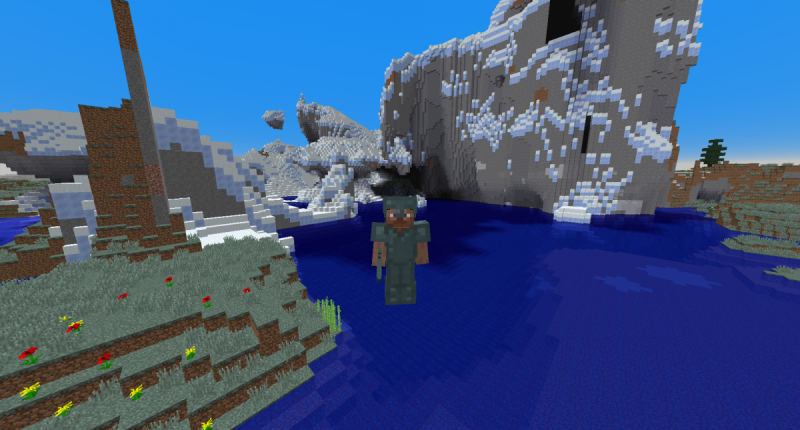 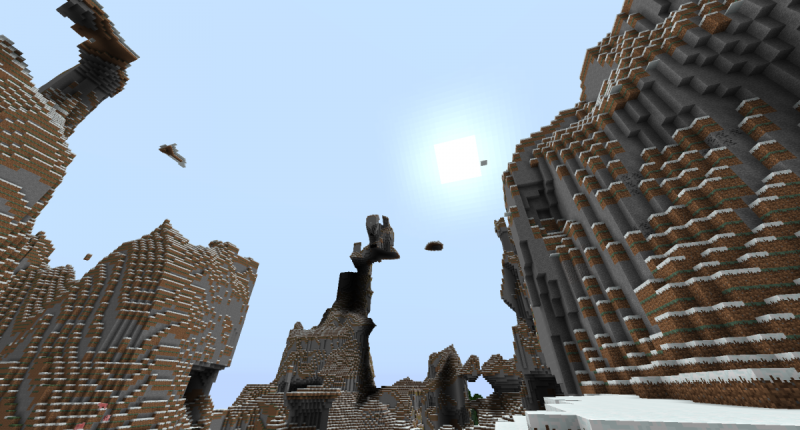 The Extreme Mountains biome, Here it reaches 250 y. The sky is visibly lighter.

This mod adds 2 new dimensions (+Moon!) along with tons of new biomes, new ores and much more!

Tundra - Cold Plains-Llke biome with no trees and lots of ground vegetation everywhere.

Icebergs - A huge freezing snowy mountain with a freezing sea near it.

Mega Deep Ocean - An ocean even deeper than the deep ocean.

Block of Glowstone - Crafted by smelting glowstone. Will not turn to glowstone dust when broken

Block of Salt - A block of salt.

Block of Adamantium - An adamantium block, Hard to destroy, resistant to explosion

Block of Sapphire - A sapphire block, summons lightning when used.

Salt ore - A new ore which drops salt when mined.

Ruby ore - A new ore which drops rubies when mined.

Adamantium ore - A new ore which smelts into adamantium ingots.

Salt - Edible mineral which gives you 30 seconds of saturation.

Adamantium Ingot - Can be crafted into powerful tools and armor. You can craft a block of adamantium using 9 of these

Sapphire - Can summon lightning when used on a block. Craftable into a void ruby by surrounding 1 voidrock with 4 sapphires and 4 rubies

Adamantium Armor - A lightning bolt against this armor will only deal 1 heart of damage. Fire, magma blocks, and lava are almost harmless. Gets very good enchantments.

Human - A smart creature, drops TNT when it has killed a mob, Runs away from lightning, creepers, primed TNT and falling blocks (to avoid suffocation). Follows if you have a diamond in hand, can open doors, close them and enter inside, attacks hostile mobs or anything that hurts it in large armies, does ranged attacks, can be bred with diamond, gold, iron, emeralds and salt. Drops iron and (rarely) emeralds when killed.

Void Dweller - A tribal-like creature, calls for help once hurt, hostile, very agile, leaves trails of fire. Can be bred with bread.

To go to the void dimension, simply put magma blocks instead of obsidian in a nether portal fashion (corners not needed) and light it with a Void Ruby, Make sure to pack an extra 10 magma blocks, you don't always spawn at the portal.

In the void dimension, you can find Seas of Voidilium along with cobblestone dotted with ruby ore, voidrock and adamantium ore. If you can't make another portal you might just get stuck forever. Make sure to bring some lights as it's very dark in here

For the sky dimension (similar to the aether, but much more barren), make sure you've done with the overworld and build a portal using rubies, with a sky sapphire

For the moon, use voidrock and light it with a void gem!

And so much more!

Get the mod to see the rest for yourself!

Thanks, I forgot to mention but, there's a mob aswell! The mega deep ocean isn't that deep though, gonna fix that in the next update, also gonna add a new item.

I have to know how you made an ocean biome.

I just set the biome height really low, below sea level. Infact it doesn't really count as an ocean, MC treats it like land, so rivers flow through it, rivers aren't as deep so it forms these island/walls through the ocean.

Nice mod, keep working it looks good. I tried it out myself and it's very fun.