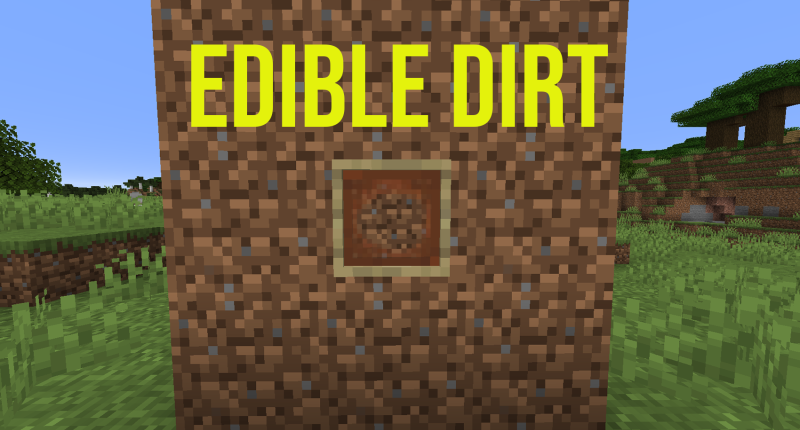 This mod lets you eat dirt. To get the dirt food you need to mine one piece of dirt and craft it into dirt food. Dirt food gives you half a bar of hunger.  When you put the dirt into a crafting table or your inventory crafting then you can make dirt food and it will give you two for one dirt block. I will be releasing more mods that are way bigger than this one but to start off with making mods I have decided to make something small.

It must be healthy, it's got a lot of minerals in it.

Why does this have more downloads then my mod?

i am actually amazed at this, i may have to add something like "Edible Diamonds" or something to my Random Junk Mod