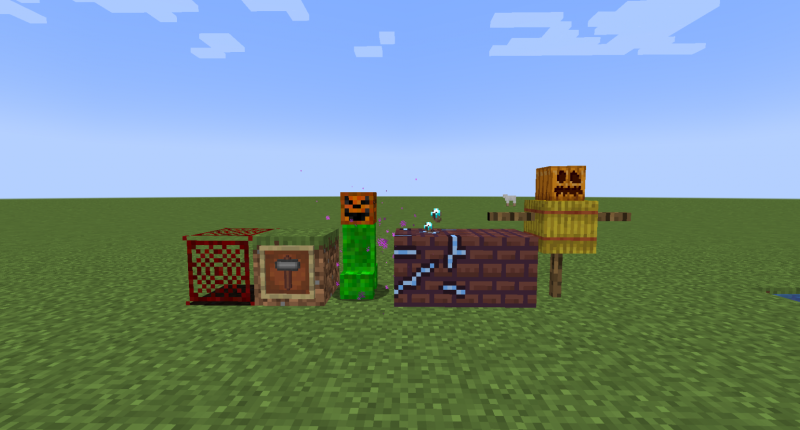 UPDATE: As you may have heard, I have new mod ideas for reaching further goals with larger quantities of followers! Expect some really cool mods in the future!

This is a mod that I made for reaching 100 followers! If I reach further goals, I will release more features!

- Added Scarecrows! These will scare mobs away in later versions!

- Added Tablegs! Act like endermen, but are shaped like creepers! They do in fact have a different look!

Thanks to MCreator for making this mod possible!

A mod I made because I reached 100 followers on twitter.