My new mod, Neverdark, is going through some major development for quite a while, and it has been released. This Forum Topic is a preview of what the mod adds before it is released on Mcreator.

"Introducing Neverdark, A Dimension where everything is never dark... except in some places..." 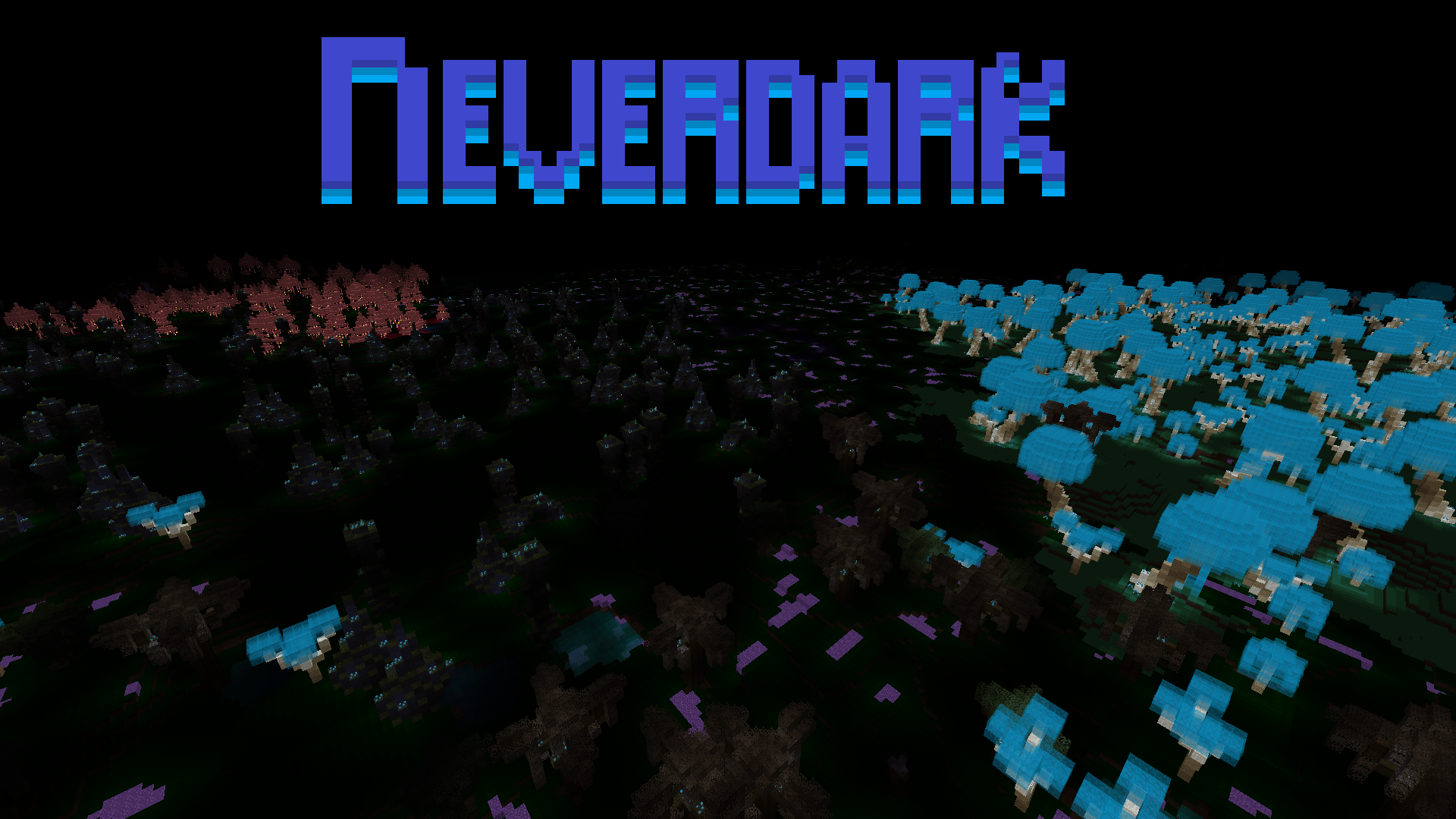 Neverdark Is A Mod All About One Dimension, It's Structures, And Adventure. The mod adds (Currently) one dimension, Neverdark, which is a illuminant fungal dimension full of different types of woods, huge mushrooms, stones, and ores. Examples of ores include ember ore, silver ore, aquatite ore, primodial crystal ore, demonite ore. The dimension is filled up with mainly shaderock and lumina rock, and most of  types have different variations. The Mod also adds large iluminant mushrooms throughout, along with different wood trees. All of the different types of wood (which there are currently five types of) can be crafted into doors, trapdoors, planks, sticks and lots of stuff out of the planks. Each type of stick can be used to craft higher durability tools, making them stronger, sometimes even more powerful swords! The biomes currently include the Twilight Groves, Crimson Forests, Dark Lakes, Shade Forests, Dark Marshes, and more to come!

Planned Features In future versions: Adding Dimension "Frosty Dark" that is a snowy type with towering mountains, a mysterious story, and sinister ice magic. The Dimension will contain pine wood, and a new type of stone, which can be used to make a whole new type of stone tools. The point is that the player was transported here without knowledge about it, and must survive/get out of it by gathering new tools and resources, because they would lose their inventory during transportation. Several weapons, tools, ores, and other blocks are planned in 1.1, including special magical wands :D

Note: I am planning on making a wiki for the mod after it is released, but this forum topic will likely remain the way of spoilers for new updates.

I'm really trying to hurry up the release, so it should be out in mid september or around then :D