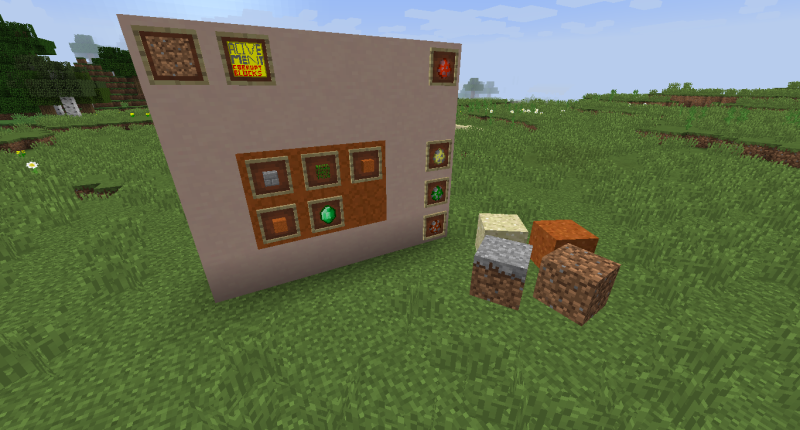 Note: this mod is in WIP, more features are upcoming.

Needs to be summoned. It Summon Corrupted Sand If touch the ground, when killed and when you rigth-click.

Spawns in Redwood Taiga. Spawn a Corrupted Cobblestone after death

Needs to be summoned. spawns cave spider (50%), zombies(10%) and skeletons without bow(15%) in fall. Spawns a blaze after death.

Crafted with (orded horizontally in a space of 2x2): Stone Brick, Leaves, Red Sandstone, and one Emerald.

Crafted with (orded horizontally in a space of 2x2): Hardned Clay, Ice, Mossy Stone, and one Diamond.

i will try it