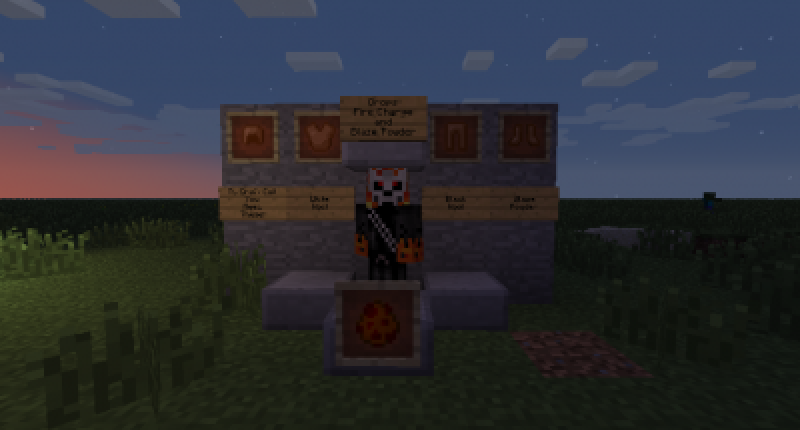 I got tired of not finding a mod out there that adds Ghost Rider armor and a mob into Minecraft so I created one.

To craft the suit you need Blaze Powder and both White and Black Wool.

You can get Blaze Powder from the Ghost Rider Mob, which spawn in Dessert.