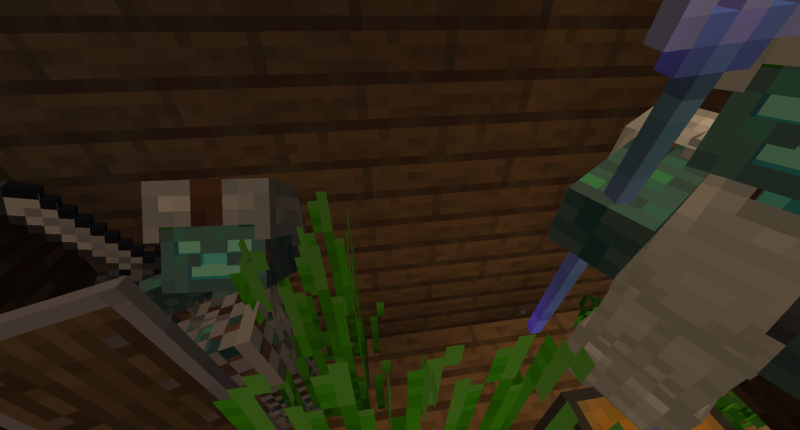 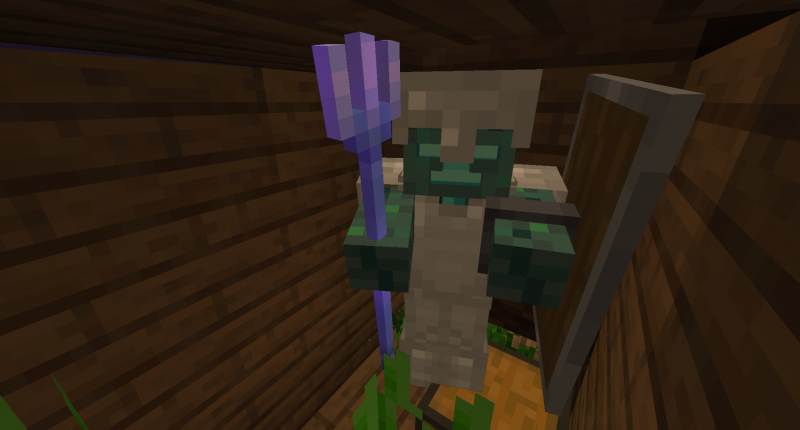 The Lost Captain in his galeon... 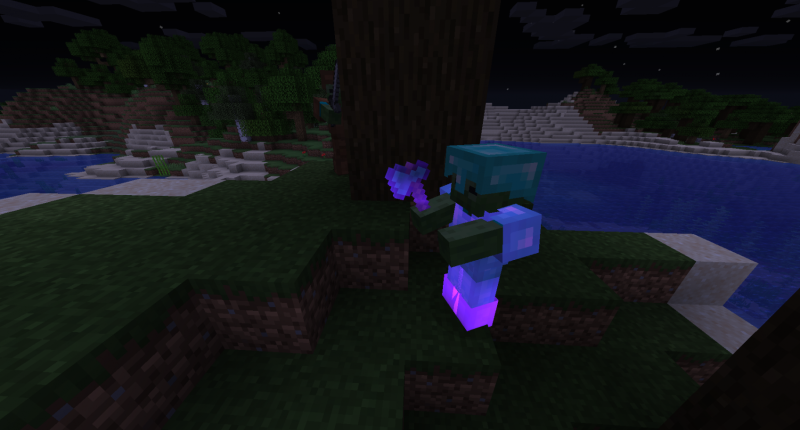 Vek and his trusty axe! 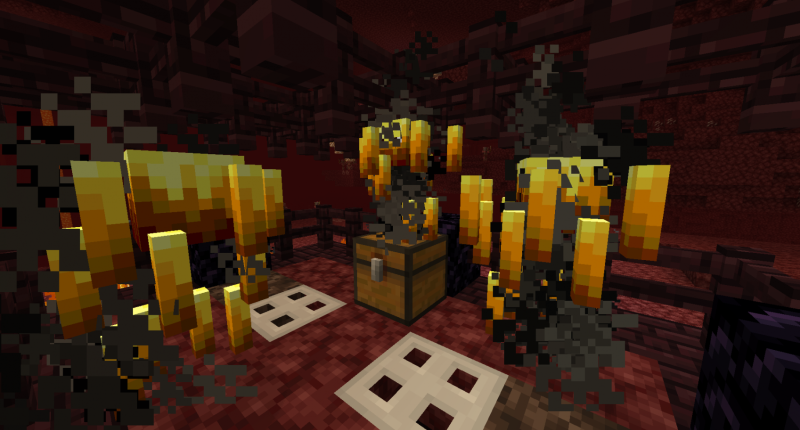 Graviton in his arena 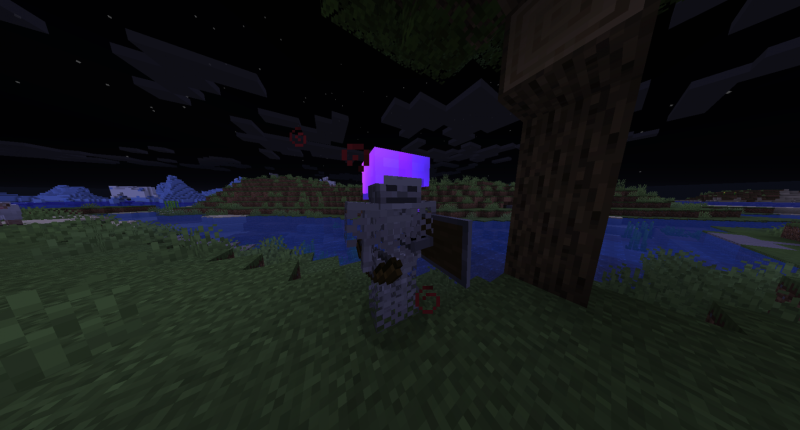 The nimble Leike under a tree! 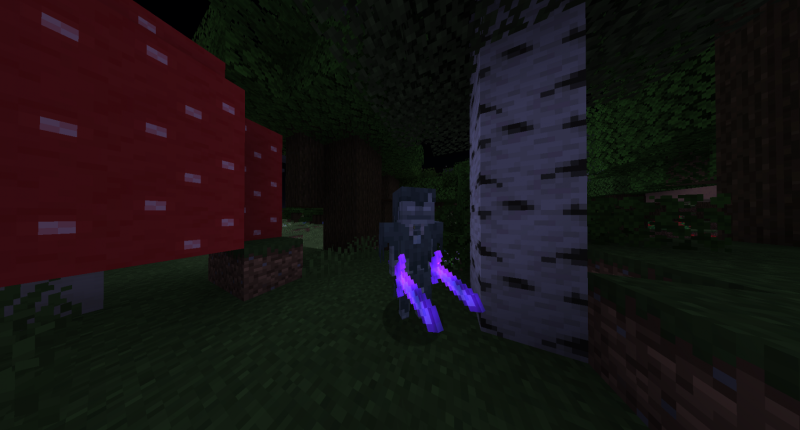 The Wandering Spirit of the player as he hunts them

This mod adds new structures that spawn around the world and contain vanilla mobs with unique equipment. Other mobs spawn randomly or when you die and there's even a secret mob!

Vek the Great: a zombie whose structure (the zombie hideout) spawns rarely in Birch forests and he has an overpowered axe

Nimble Leike: his Feather Cap makes him so fast that shields are basically useless against him. He spawns naturally and infinitely around the world

Graviton: a blaze that ignores gravity and has insane projectile protection on his helmet. He has his own arena that spawns around the nether

Lost Captain: residing in his lost galeon with the boat's anchor in hand, it is definitely one of the hardest, if not the hardest boss, of all of these, thanks to his 1500 health!

Kress: a dark magician residing in his hut in the deserts. His magic is so powerful that he will just  spam any attack over and over again, since he doesn't need to cool down. He even drops a debug stick!

Wandering Spirit: the restless soul of your previous life comes back at you as soon as you respawn, with 2 sharpness 50 diamond swords!

This is so creative! I love this

Super cool! Does a good job at adding minibosses that seem natural to the game.

btw, did anybody find the Living Nightmare?