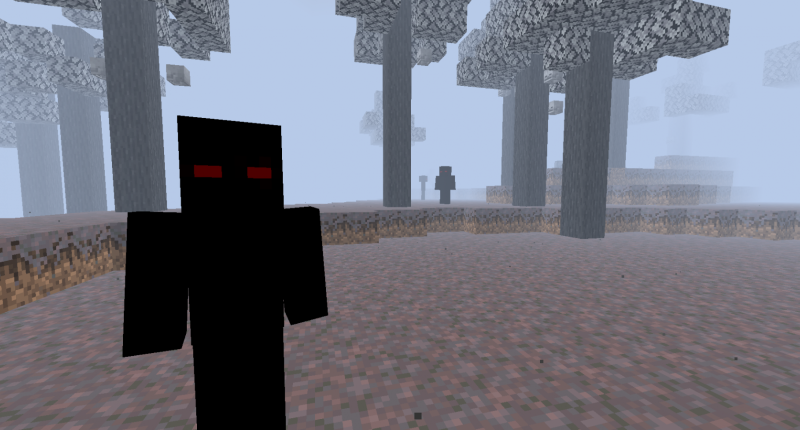 Wizard Coin is a mod that allows players to teleport to either the world spawn or player spawn at any given point by using an item called a WizCoin. On top of that, there is an entirely new mob called the Shadow of Greed. Shadows of Greed are the lost souls of past players who became too greedy and it consumed them. Not only are they attracted to coins, the also drop both Shadow Gems and WizCoins. Shadow Gems can be combined with Diamond Armor to create Shadow Armor. Shadows Armor allows you the ability to fly in survival mode but with a cost of no protection added. You will need a full set of Shadow Armor for its properties to take effect. The Shadows of Greed are native to a realm named the Shadow Realm and only come out at night in the Overworld. In order to get to the Shadow Realm, you must combine eight Shadow Gems with a Diamond Block. Portal construction follows the vanilla design of the Nether Portal. There is also a shop keep mob who accepts WizCoins. This mob is not naturally spawning will need to be added in creative mode. In order to shop, you hold the WizCoin in your hand and click on the mob. He will then dispense an item and take one WizCoin.

In order to use the WizCoins, players will have to open the command console by pressing "~" on their keyboards and typing either /Home to spawn at their player spawn or /WizPort to spawn at the world spawn. Each time this is done, the player will lose one WizCoin.

WizCoin: Three Ender Pearls in the middle row and two gold ingots in both the center of the top and bottom row. (forms a cross)

Shadow Block/Portal Block: One block of Diamond in the center and eight Shadow Gems surrounding the block.

Portal Igniter: One Flint and Steel and one Shadow Gem. (shapeless craft)

This mod will be updated to 1.16 give that Mcreator releases a version with those capabilities. Future updates will be added as well. If anyone wishes to update it further than that system version (and knows how to update mods manually), please get in contact with me via email. OldWizardLvl42@gmail.com

Downloads
Modification files
WizCoins_1.1.jar - Place in your mods folder to play this mod. This mod is server freindly, just make sure they have the same mod installed.202.32 KB
Changelog
Changelog

Added Armored Shadows of Greed to Shadow Realm that have a chance to drop different pieces of Shadow Armor.