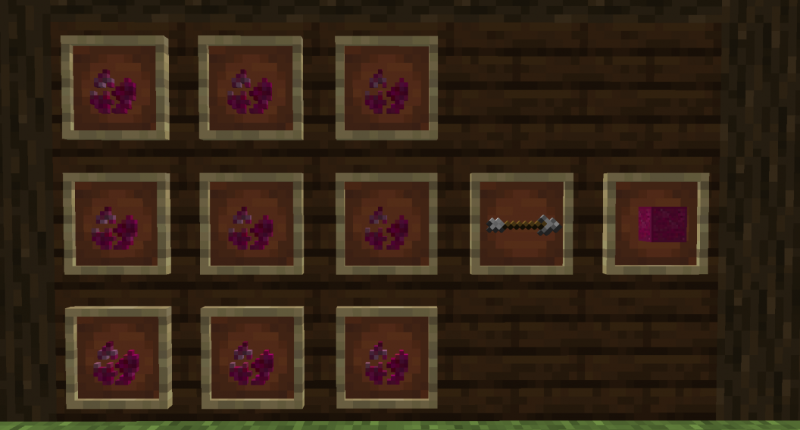 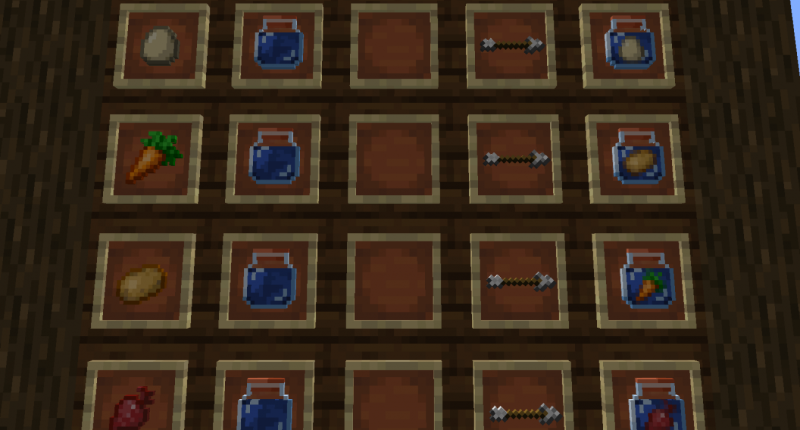 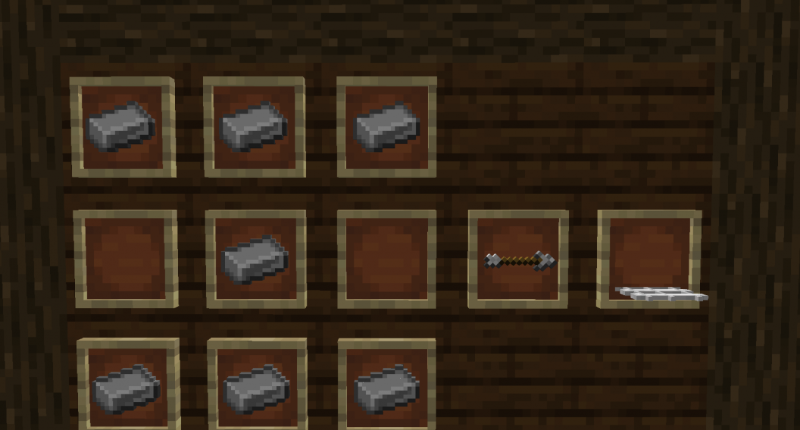 Iron Racks is crafted with 7 iron ingots, and yields 1 Rack 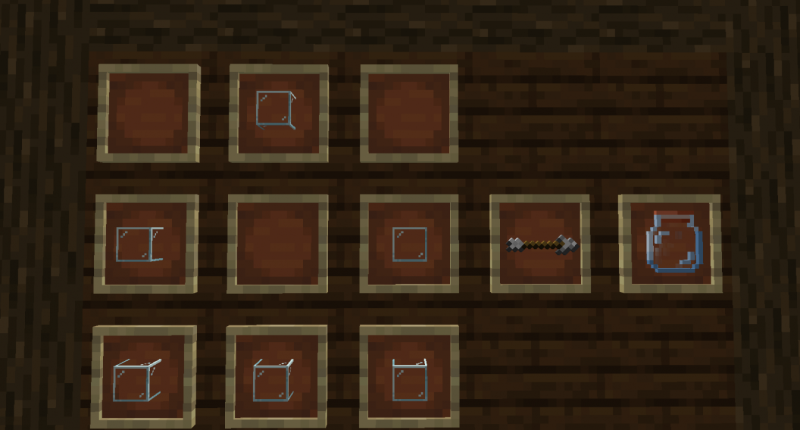 Jars are crafted with 6 glass, and yields 3 Jars 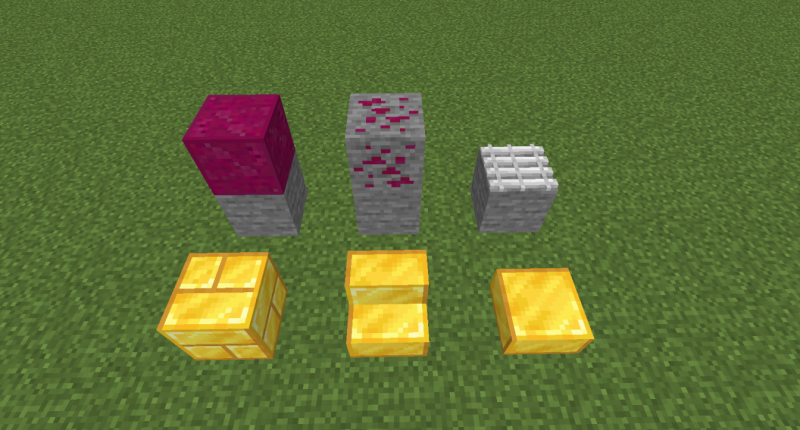 These are the new blocks that can be found/made

What is this mod?

This is a 1.15.2 mod that adds more cool features to Minecraft. All the things in this mod have been added because I thought it would be a cool addition. It's my goal to make every part of this mod useful to playing in some way, either for building or surviving.

Right now as of version 1.0.0 this mod features:

This mod is always evolving, so this list will just grow with time!

Glass Jars can be crafted with 6 glass, which will give you 3 Jars. Glass Jars are used for putting food into it to make boiled foods. Sand, Dirt, and TNT can also be put into Jars to make projectiles, and if you throw a TNT In A Jar it will explode.

This new food can be made when you put either a Potato, Carrot, egg, or Beet Root in a Jar With Water, and put that into a Furnace or a Smoker. What comes out will be Boiled food in a jar, to eat right click the jar to get the food out. But what do boiled foods do? When you eat each boiled food it will give better hunger than its non-boiled counterpart, as well as a short potion effect, depending on which food you've eaten.

There are also new blocks to build with. These blocks are Gold Bricks, Gold Stairs, and Gold Slabs. Gold Bricks, slabs, and stairs are just bricks, slabs, and stairs but gold. To craft these it's just gold ingots in the form of stairs and bricks. But you will need gold blocks to make Gold Slabs. There is also a completely new block, and it's called Iron Rack. This block is just 1 pixel tall and was made for making builds better.

The new structures are called: Abandoned Farms, and Treasure Rooms. Abandoned Farms can be found on the surface, but only in Plains Biome's and they might spawn with a chest which will be filled with goodies for the taking. Treasure Rooms can be found underground, they are just like Dungeons, but they have 2 mob spawners. If you can survive the mobs, then you get the gold trophy and the 2 chests for you to loot.