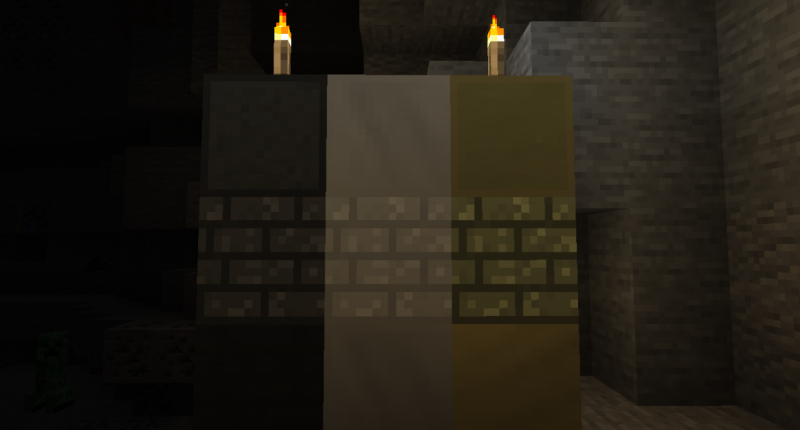 9 blocks and a whole lot of mining.

Minecraft has a lot of stone, so why not add more types. 3 to be correct.

A strong and nice looking material, it is the rarest of the three and can be found in any biome, that been said. It does have a higher explosion resistance than stone but less than that of obsidian. Surely it must have some decorative use? Right!

A dark black stone that glimmers in caves, it is naturally carved out like bricks due to years of change. It is dark, really dark but is also weak. It has a lower blast resistance than stone and marble, but one higher than dirt.

Abnormally yellow it is stronger than stone and similar to marble with a major exception. It is more common and occurs at high levels than marble and slate, it is also more visible and easier to find but at the cost of it being slightly weaker than marble.

Heath Stone:
Formed from the compression of netherrack, Heath Stone is identical to stone but possesses a glowing red tint which becomes more obvious upon purification.

Lava stone is an orange stone formed from the mixing of lava and netherrack, the stone only spawns near lava in the nether and possesses a strong orange tint. It is harder to break than stone and has a higher blast resistance.

Bricks and smooth versions exist of the stones above, they are basically identical in features with the exception of Limestone, which becomes stronger over the process of producing blocks. Brick versions (the ones in the middle) are quite castle-themed for obvious reasons while smooth versions are much less noticeable (the ones on the top). After all who wouldn't need more decoration.

Add some stone that spawns in the Nether, i dont have another idea