Custom SOUND variations using procedures. The problem with proccedurecall "When Mob is Hurt"

The way I planned on doing this was by adding a death sound and ambience sound and leaving the hurt sound empty. Then I'd go to procedures and entered the following in the Mob Is Hurt procedure call:

One problem with this approach however is that Mob Is Hurt is also called when the mobs dies, meaning that I heard both the death and the hurt procedure. (To me it seems counterproductive to have Mob Is Hurt procedure call called on the death blow as there already is "When Mob Dies", which simply could call the same procedure.

So I tried removing the death sound also and calling the sound through the Mob is Hurt procedure:

But again there is a problem. When this procedure is called, the entity's health has not been set to 0/below yet! This results in the same as the first implementation as the death sound is never played. I tried entity health - attack damage of item > 0, but this didn't work out for me the way I did it.

So as for my question: How do you create a sound procedure like this that doesn't play both the hurt sound and death sound at the same time?

Additionally in future Mcreator versions, will Mob-is-Hurt no longer trigger when When-Mob-Dies"triggers as When-Mob-Dies makes Mob-is-Hurt in that instance redundant as When Mob Dies can already be used for that?

Do you still have the file for the workspace? Maybe I can help you look at it

I no longer do. Though all it requires is 2 sounds, triggered customarily through procedures. 1 must play on death and the other on mob is hurt but not on hurt if the mob dies to that attack.

Is this for a custom mob of yours? If so, on the very first page of the mob you got ambient, hurt, and death sound. Use those

I know about those options, however, I want to have multiple hurt sounds and multiple death sounds rather than only have it variate in pitch.

Not using the ambient option on page 1 and replacing it with On Tick Update with a counter of about 400 ticks works fine, allowing the ability to use an if statement to randomly pick between the ambient sounds. But the same strategy failed for Hurt and Death as they are in each-other's way.

Ah I see. So like DrZhark's werewolf one where it's multiple hurt sounds as a human? I'll do some testing and see if I can help you out there!

Okay I believe I figured it out. I tested it too. Try this code

Sadly, just like Entity Hurt procedure on the mob, it is called before on Entity death. Thus when selecting a death sound, the procedure of the entity hurt will also play. It doesn't work.

The core issue here is that

The problem isn't getting variation in sound. The problem is that the hurt sound and death sound will play both on mob death as a result.

What we need is a way to detect whether the entity has died FROM the entity is hurt procedure, so that we can disrupt it from playing a hurt sound on the Mob Death.

Okay, try duplicating the procedure but replace hurt with death. change the sounds too

I really don't see how that would help xD

Give it a go

I gave it a go before writing this post and obviously it failed.

Both death and hurt sounds will play on the hit the mob is killed as both Mob is Hurt and Mob is killed are called. 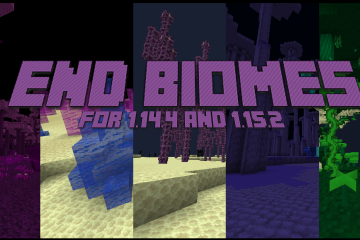