What Lurks Below (Alpha)

What Lurks Below is a mod I'm currently developing which adds several new biomes to the ocean, each with its own unique ecosystems.

The mod also allows user suggestions so If you want something and it fits the oceanic feel, please feel free to drop it down below.

With the recent release of MCreator 2020.5, we have been allowed to change the colour of the water fog. This means that biomes like "The Deep" will be getting a slight change to how they look. There will also be 1 new biome added to the mod, which is inspired by Trolmaso's idea.

These items can be currently be obtained by defeating the Seasnake Leviathan and is a guaranteed drop (in the form of "The Lost's Treasure"), however you will need to find a "Key of the Lost's Treasure" to open it. These can be found when breaking suspicious sand (the colour is lighter than normal sand) and getting lucky with the loot-table that it is linked to it and break the treasure with the key (DO NOT MINE ANYTHING OTHER THAN THE TREASURE, YOU WILL LOSE THE KEY).

Relic 1 - Necklace of the Lost

The Necklace of the Lost will give the player "The Lost's Sight" effect which adds the effects of a conduit to you for 1 minute.

Relic 2 - Lockbox of the Lost

The Lockbox of the Lost when right clicked will give the player a random item linked to the Lost, i.e Key of the Lost's Treasure, or if you are unlucky absolutely nothing.

Shards of the Lost

These currently have no use but you will need them in the future. I recommend that you keep these safe for the Beta Version as they will be needed for the dungeons and something else that you will have to wait for to see. 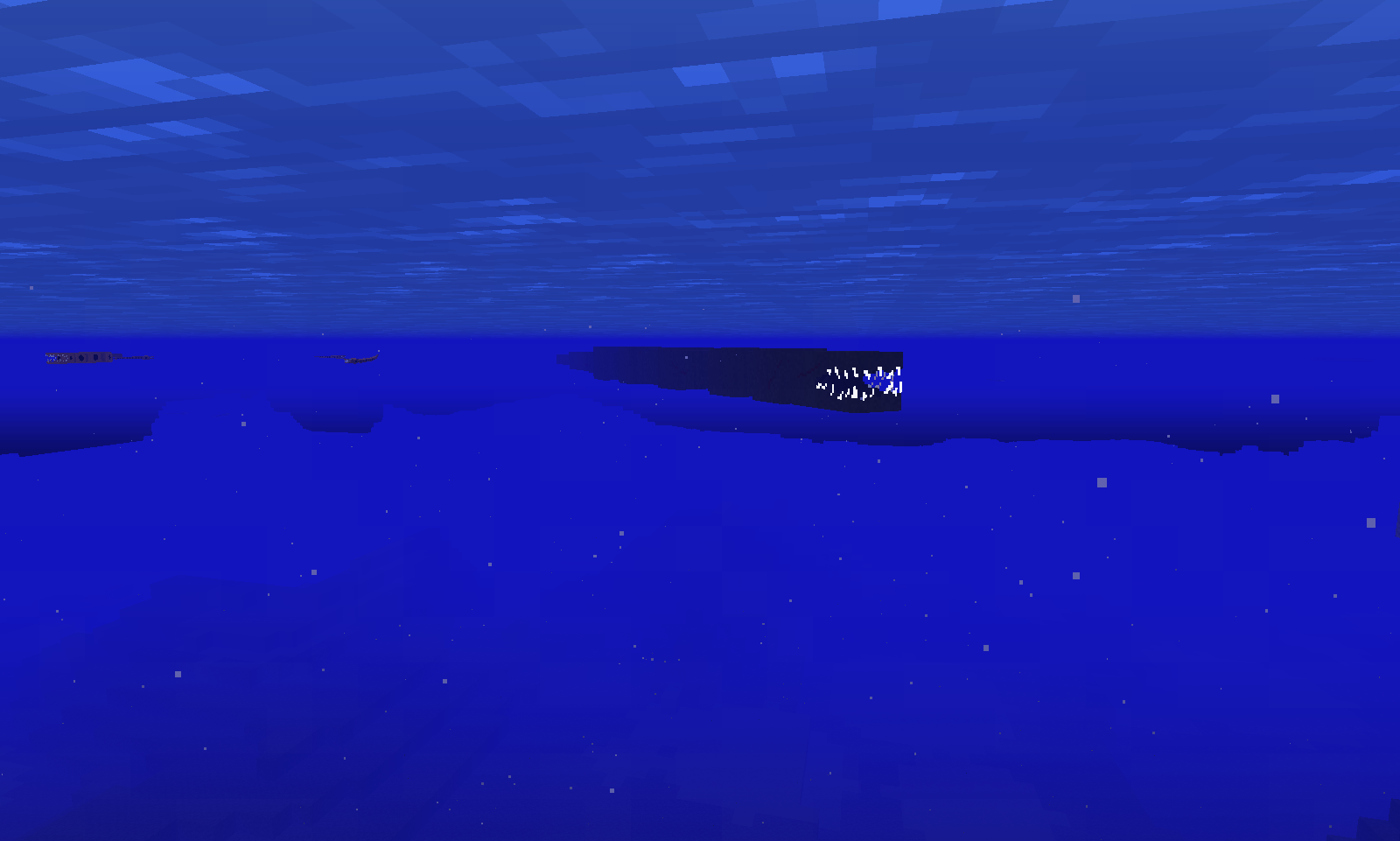 The Wretched Scyglush can be found in The Deep. 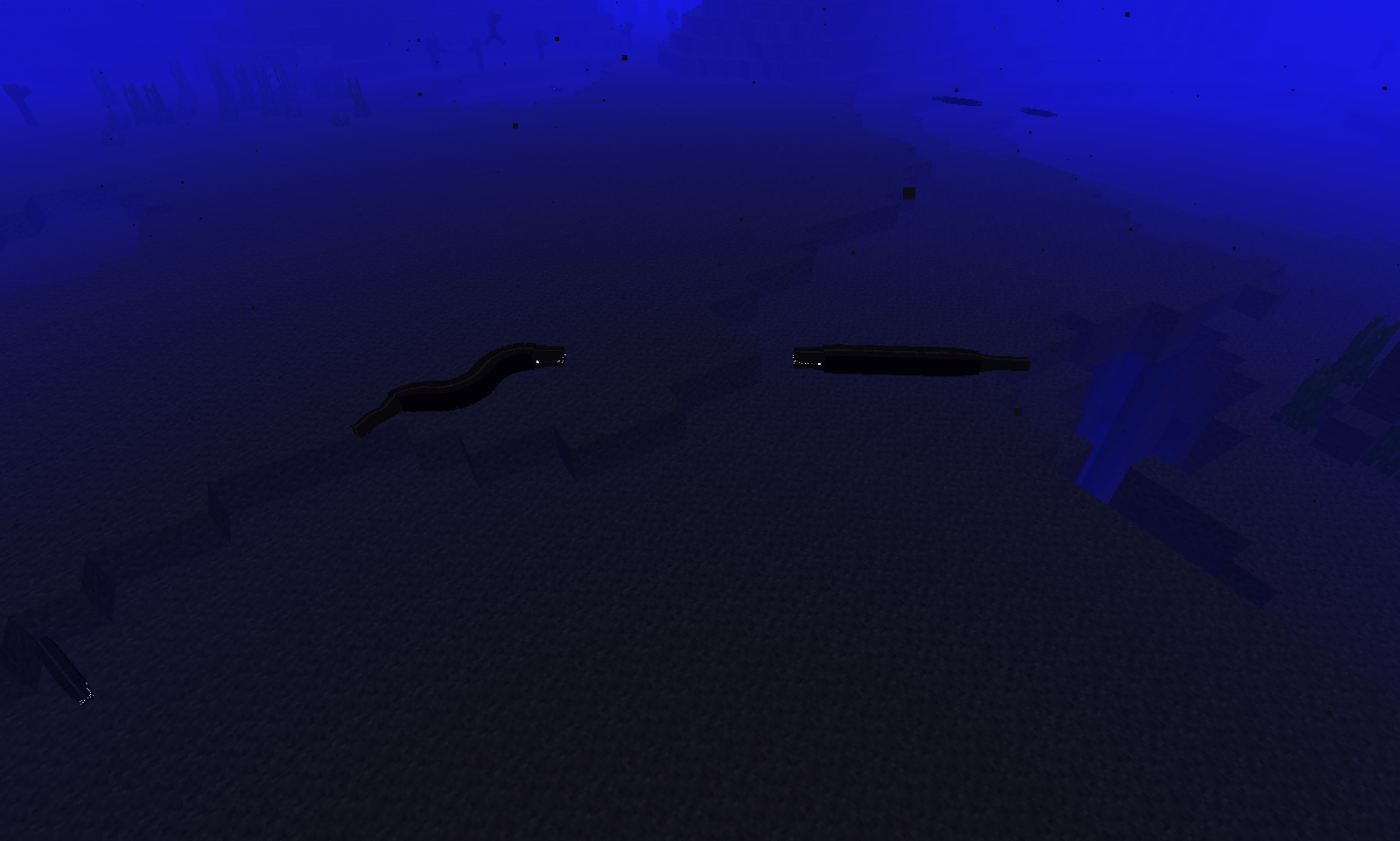 The Bluefin Jatra can be found at The Seagrass Meadows and The Coral Forest. 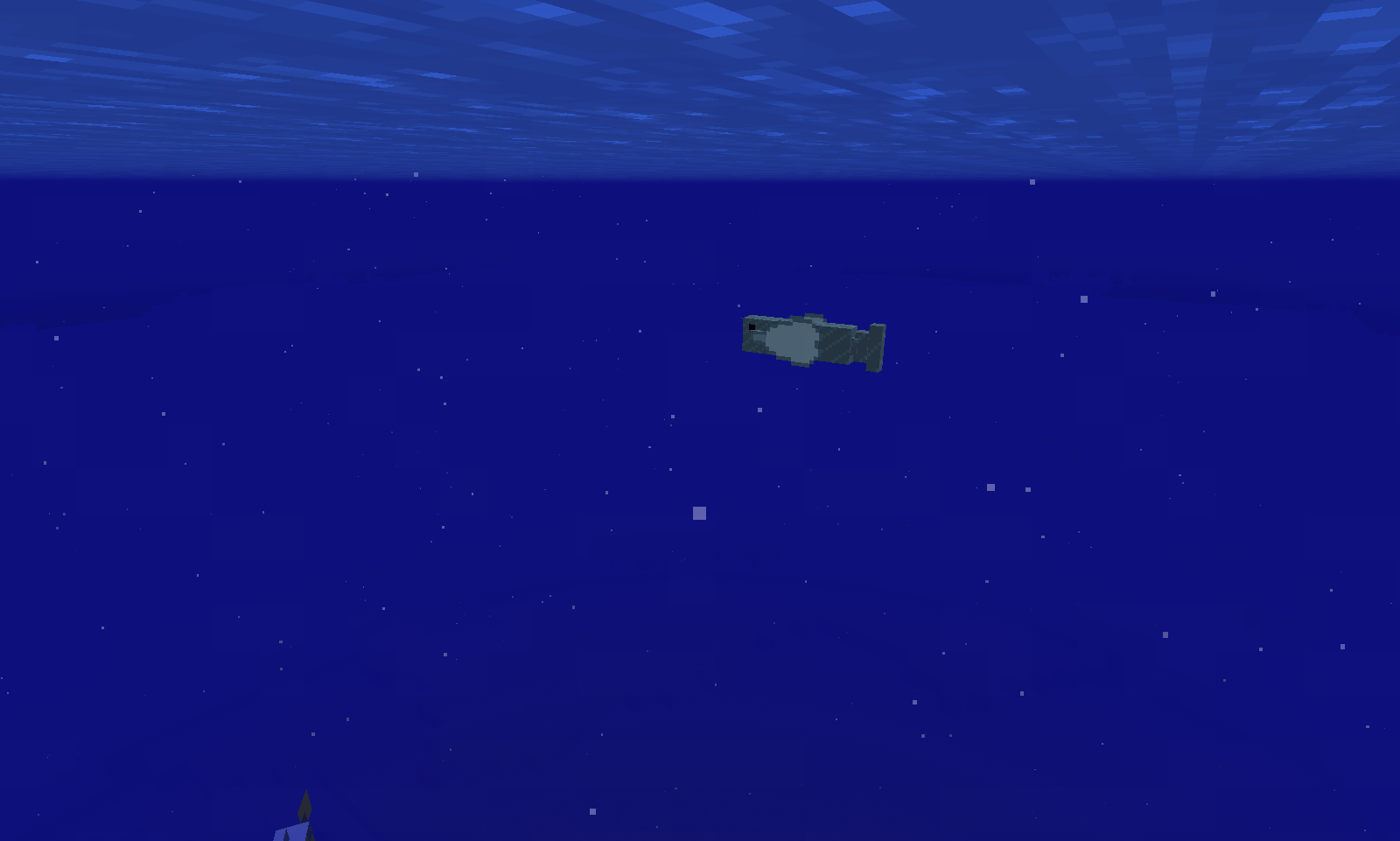 This little guy can be found at the Thermal Vents. 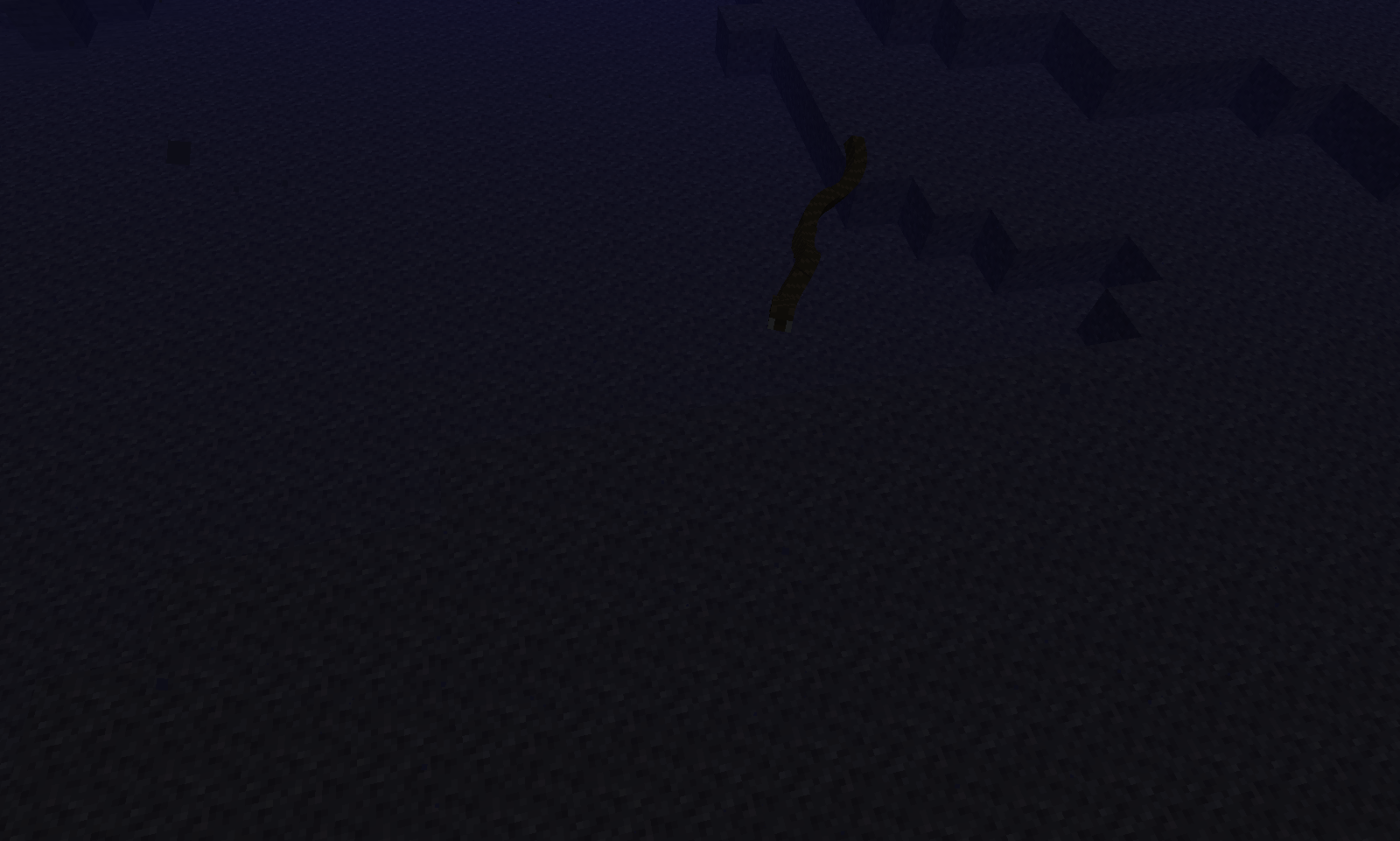 The Waterskipper can be found in the Seagrass Meadows. 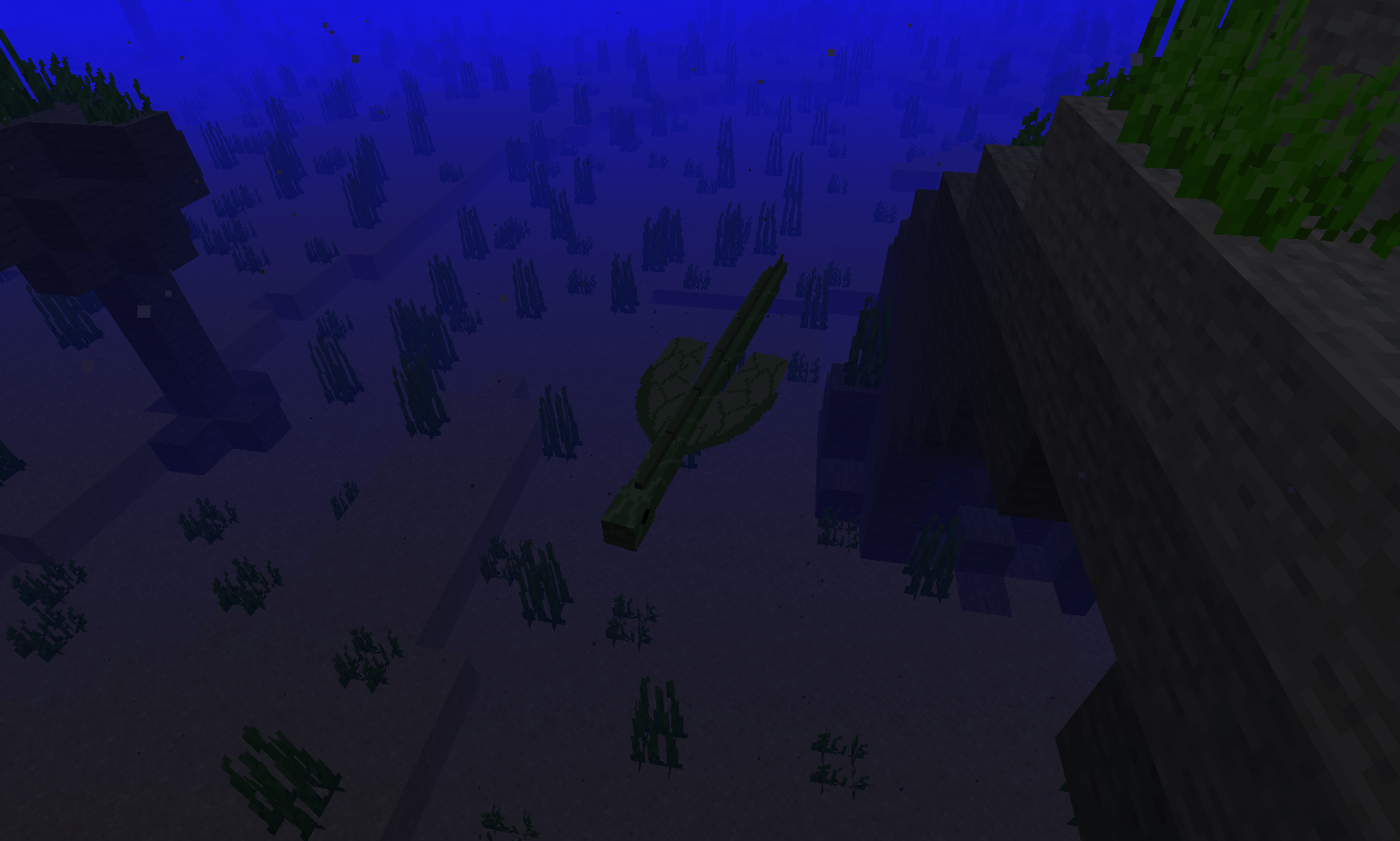 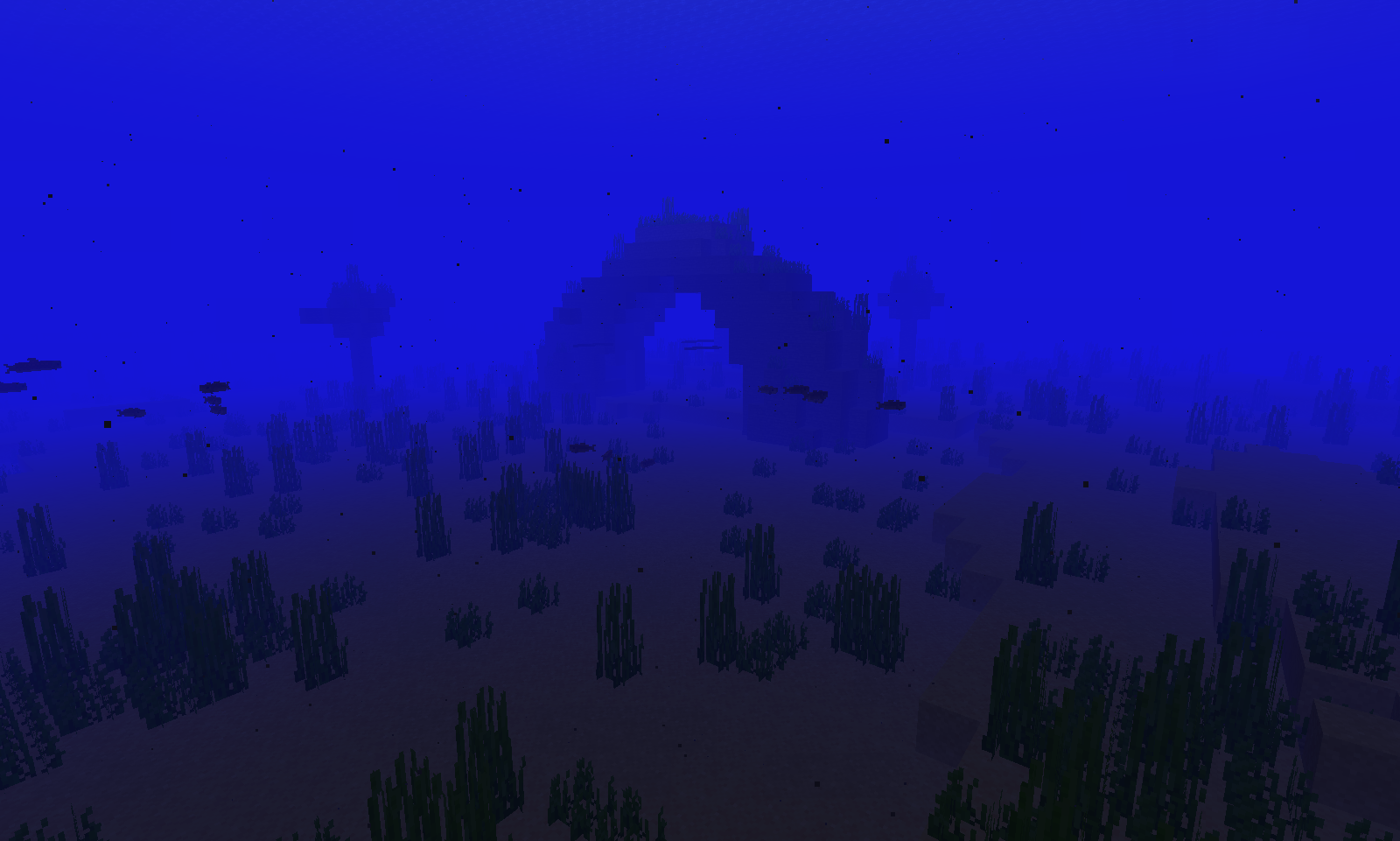 The Seasnake can be found near the ground or burrowed in The Whispering Deep. 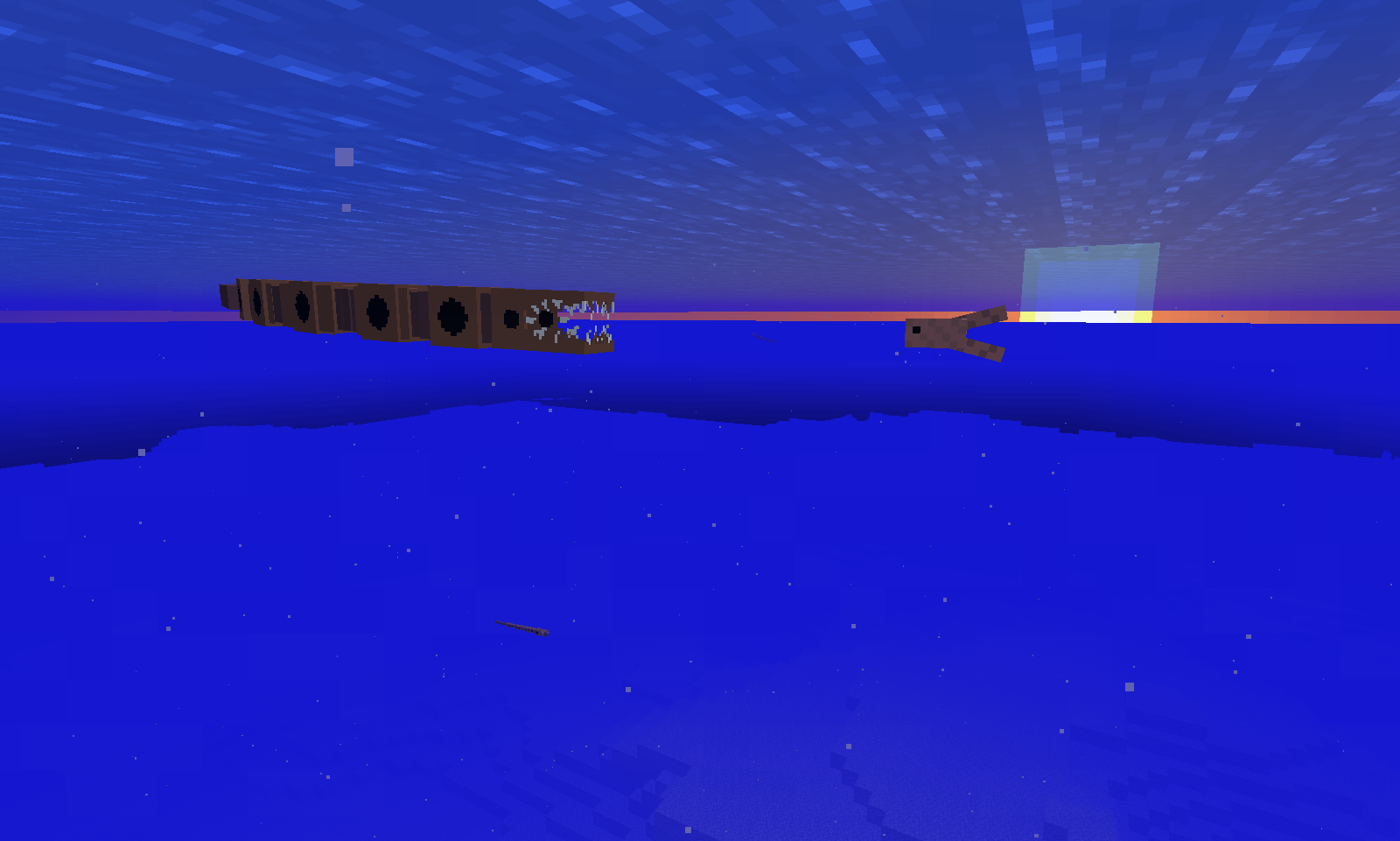 Currently there are 6 new ocean biomes:

The Coral Forest is a tranquil place where wondrous marine life exist, full of vibrant colours.

The Seagrass Meadows is full of lush and vibrant seagrass where marine life like to stay.

The Mushroom Grove is a rare biome that can only spawn next to the Coral Forest and the Seagrass Meadows and is full of patches of mushrooms.

The Crystal Sea is a rare biome full of crystals.

The Hydrothermal Vents is a warm place where hot magma spews out of magma vents. Lots of slow fish roam this area that become provoked when near other entities.

The Deep holds the remains of titanic beasts that used to roam the world. Although they have been wiped out by a cataclysmic event, it seems not everything has disappeared from the Deep.

The Whispering Deep is a place full of underwater crevices and flooded, winding caves with creatures lurking around every corner.

interesting. anything else you plan on adding other than mobs and biomes? this type of mod is something i have been looking for since 2019.

Yea, I'm planning on adding lots of new structures (at least 10 for each biome), new tools and armors based on the creatures that are added and maybe some new blocks since the oceans of Minecraft are still a little too bland imo. I also want this mod to help people get over their fear of the sea (Thalassophobia) by showing them yes, oceans can be scary but they can also be 'beautiful and magical' and also tranquil. Hope this gives you more of an idea about the mod!

Fantasy mods are the best

Thanks, it means a lot.

in some way, you just think of concepts & names better than me, and dude, i'm jealous rn XD

can't wait for a preview/alpha release!

Sajevius, that isn't true (referring to your second sentence). People just think in different ways and that's why some things 'seem better' to other people (and also because of personal experiences and what they want in the game).

Generating decent concepts is pretty easy actually. First, I decide on what needs to be improved on the game whether that be new endgame content or features that could be improved.

Next I go onto a website called Trello and add a bunch of random ideas that could relate to the thing that I'm improving. Then I decide on what ideas are going to be added to the to do list and then rework the ideas that didn't make it to the to do list so no ideas go to waste (remember, there are no bad ideas).

Also if you come up with a name for creatures or dimension names make sure you 'play' around with them. For example, the mod you are currently making, 'Deeper Inferno', you could swap the words around to create 'Inferno Deeper', which doesn't make sense in the English language. However you can look up the synonyms for words that can substitute 'inferno' and 'deeper' to create combinations like 'Infernal Depths' or 'The Depths of the Inferno' (and yes you can use the names if you want).

Hope this helps with generating some ideas for you.

thanks for the helpful information, and also the feedback, I appreciate it! I could definitely use most of them in future projects, and even my current one actually. best of luck to both of us!

This sounds surprisingly similar to my main mod, permission to "steal" some ideas?

As long as you make it different, you have permission.

nice to see you making polls for new content to add, I've been considering making them as well but school works are really bugging me currently :/

I feel what you mean. I have to create 4 small games within a week and I'm also working on a big project that's unrelated to uni or modding.

I have an idea! In some shallowish areas, you can add things like ruined houses and stuff, showing that global warming has happened in this mod.

Also you can add special fish like Bass, Barracuda, Red Snappers, Tuna, Oarfish, etc that can be cooked and eaten to give you effects like dolphin's grace or night vision for a small amount of time. But... these effects are only given if you are in water, to prevent people from using those effects elsewhere.