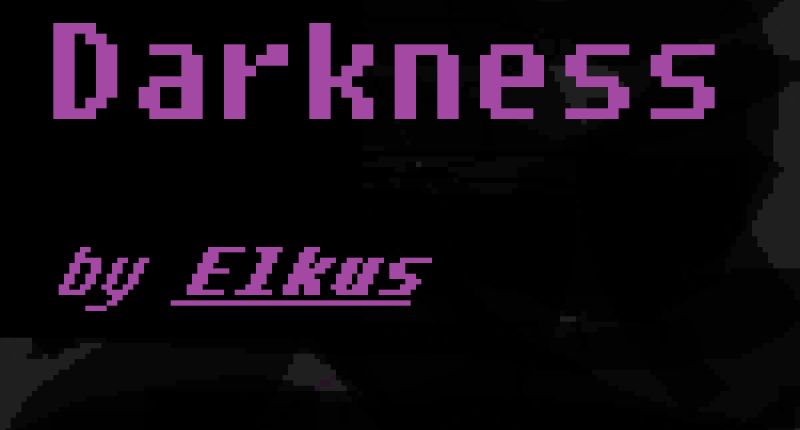 This mod is set to other mainly because it has a bit of everything in the category section.

THE DARKNESS is still in an Alpha stage, but so far is functional. It adds a Dark Sword, and Dark Armor. This is made by upgrading Diamond equipment. There aren't any mining tools yet, but it adds a new biome; Dark Biome. I know, I'll try and think of a more clever name later. This mod also adds another fuel, which lasts a good length of time.  If you like the idea of awesome armor that lets you run faster, jump higher, breathe underwater, or turn invisible, then this mod is good for you. :)

THERE IS NO MOD SHOWCASE. :(

If somebody made one I would be happy! :3

NOTE: There is one known bug, and that is the fact that Dark Knights' face is on their heel and their head caves in and they don't have their sword or hat or anything like that, so I'm working on that.