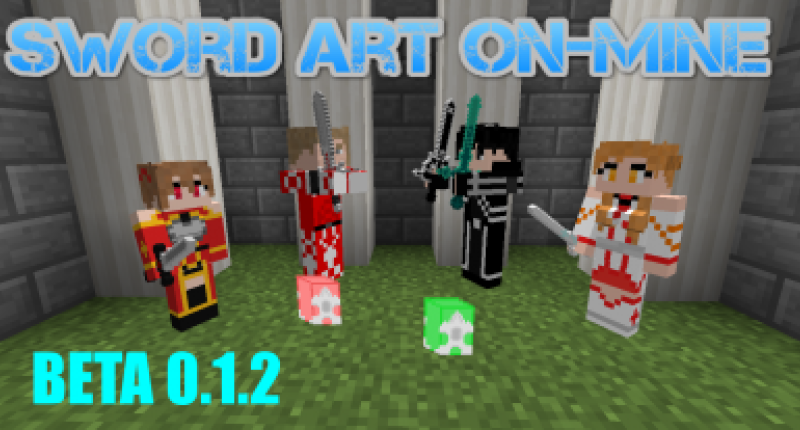 I've seen a lot of mods based on Sword Art Online, yet they all seemed to be missing...something...I've gone through the Aincrad arch of SAO and made more swords than you will see in any other SAO based mod; including daggers used by Silica, swords used by Laughing Coffin members, and Knights of the Blood Oath members, as well as many of the swords used by Klein, Asuna, Kirito, and Heathcliff! You will also find 3 custom designed armor sets, and 3 armor sets based on characters from the anime; Kirito, Asuna, and Heathcliff. There are also 2 useful items; Healing Crystals; which restore your HP, and Antidote crystals, which removes poison and wither effects

Currently, this is a WIP, and lacks materials, crafting recipies, mobs, and a lot of other stuff I want to add, but I'm working hard to get out a better version ASAP! In later versions, you can look forward to different foods, mobs, bosses, structures, and biomes. However, I've been having some issues, so when these will be added are TBD