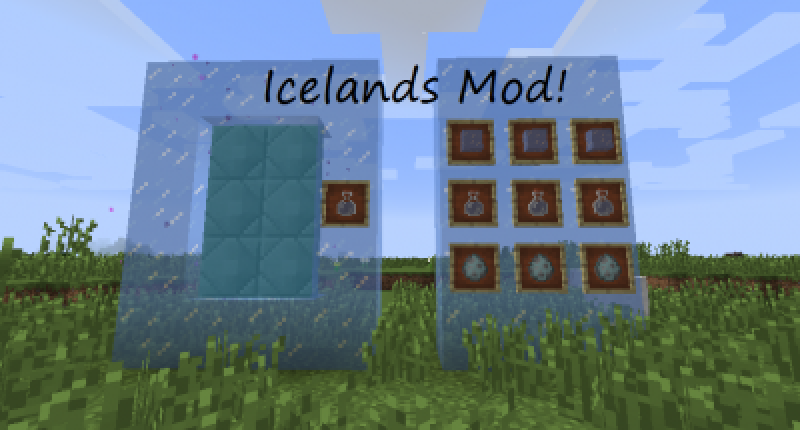 So this mod lets you have a whole bunch of different mobs and items! So far, I have only added in a couple things.

So the first thing I added was a iceland princess. She will atack (duh) XD And she spawns in snow areas. Its sorta rare to find her though.  And she will drop a cd disk she will rarely drop diamonds.

Then I also added a new dimension! Ice land dimension. to make it is the same way you make any other portal, but the portal frame is ice blocks. You will need a special igniter though. It is called the snow cast. to make it you have to smelt a ice block to get it. WARNING!!! PIGMEN WILL SPAWN BUT IDK HOW TO FIX IT!

That is all i have added to the mod so far, I will add more soon.