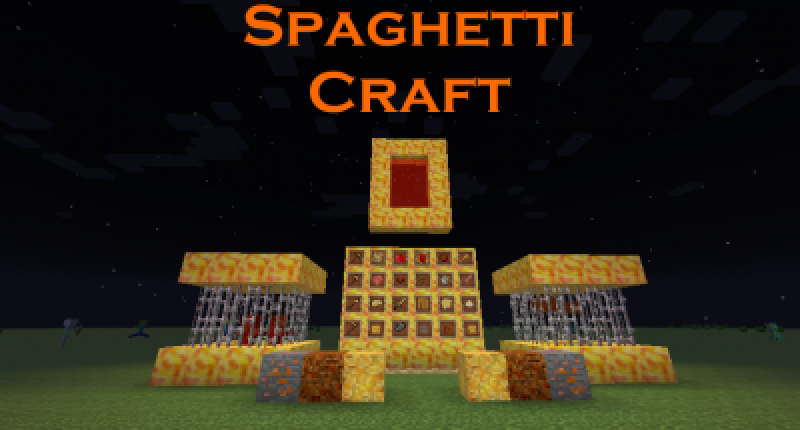 SpaghettiCraft is a modification for Minecraft that is meant to add a variety of new items, tools, blocks, and mobs. A dimension is also added, named Spaghetti World. In this dimension spaghetti mobs can spawn in and blocks will spawnthat can only be found in that dimension, such as the spaghetti ore. Our mod is still in progress. Eventually version 1.6 will be released and that will have more mobs,  spahgetti armor, and more food. Our mod was developed over a period of four months, only being worked on Fridays for about 2 and a half hours.

9/10 The dimension looks amazing and I love the mobs. Especially the floating meatball xD. Textures are great looking but could be a tiny bit better. I love how there are new blocks that can only be found in the Spaghetti World dimension. That makes the game a lot better because it adds a challenge. I'm excited for more mobs and armor in 1.6!

You out done your self. I did not even download it and I know it is awsome.