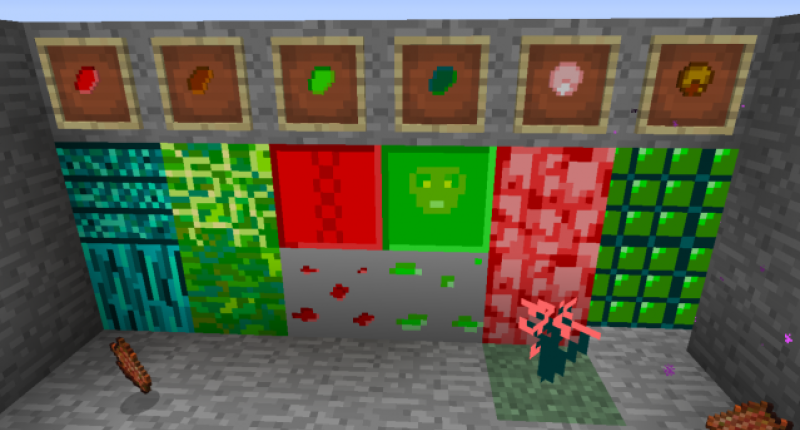 This is the first mod I have ever made. New mobs, Owl, Plant Man, and Red Pig. New Dimension, The Green Dimension. New Blocks, tools, and food.

Craft ore blocks, pickaxes, swords, and armor the same way that you would in non-modded minecraft.

Craft the Green Arrow Launcher like a bow but instead of string use sticks and instead of sticks use Green Fragments.

There is some creative only items, and blocks too.

Uncraft ore blocks by placing the ore block in the middle of crafting table.