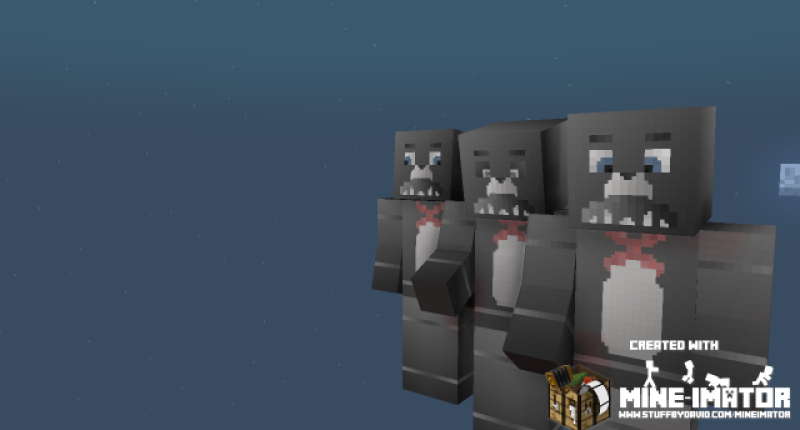 Hi and Welcome to my Skyla's mod!

Skyla is my OC/Original Character or Persona of FNaF, and, I made this mod for him.

FNaS was the game when Skyla was gonna be, but,  I cancelled it, because I was the only person that was creating the game, nobody helped me.

Yes, a bit sad, but, that the game is closed, I dediced to make a mod for Minecraft of Skyla.

Wow! The mod was very hard to make, because, I tried in the 1.8 Version, but, the mob was not moving, was, like a statue.

Here's are the mobs that are in the mod:

Also, the group of Skyla is here!: http://steamcommunity.com/groups/thecontrollersgroup

Enjoy the mod and wait for updates!

What do you guys think, Ehh?

Hey man I might be ale to help you revive your game. I am amazing at coding and hiding secrets. Just check out my game(gamejolt.com/games/midnight-at-marco-s/82684).