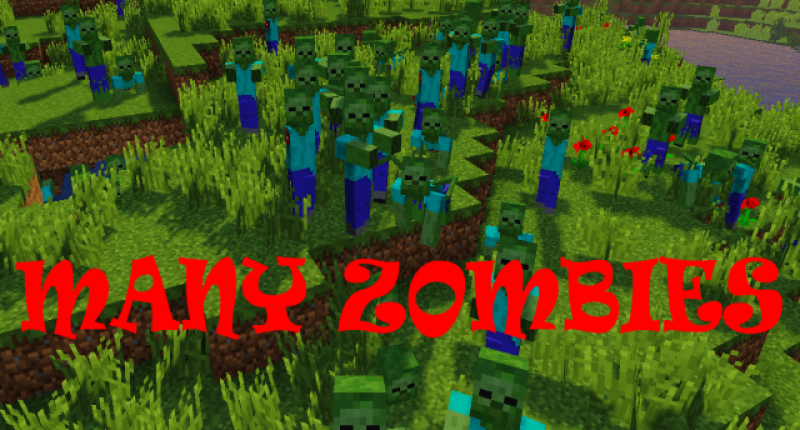 This mod adds MANY more zombies which replace almost all other dangerous mobs at night and in caves. Where there is darkness, there are zombies. The different types of zombies added are:

This mod is not entirely complete, but it is still playable. This mod also adds some other interesting things to the game such as:

You can craft Spikes by placing two colums of three iron a crafting box. (Make sure that there is a gap between them or else you'll make a door. And Barbed-Wire can be crafted by placing a stick in the middle and surrounding it with four iron. I hope you enjoy Many Zombies Mod! If you have any idea's or bugs to report, please post them in the comments.

(Oh, and I forgot to mention: Zombies no longer burn in sunlight....)

how did you get the zombies to crawl?