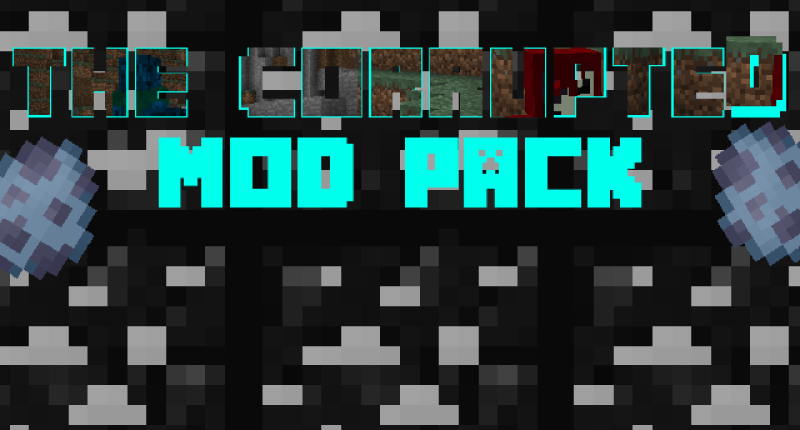 This mod includes 2 mobs, 2 blocks, 1 item, and 1 weapon. Starting out with the weapon, it is called the Barrett firing explosive 50BMGs. Bullets explode on impact, semi or full auto and 100 damage; here's the recipe: top left: emerald block; top middle: shadow iron block; top left: obsidian block; middle left: shadow iron block; middle middle: obsidian block; middle right: gunpowder; bottom left: obsidian block; bottom middle: gunpowder; bottom right: gunpowder. Now let's go on to the item: Shadow Iron Ingot. This is made by smelting the Shadow Iron Ore, which is world generated. You can make the Shadow Iron Block by filling the crafting table with Shadow Iron Ingots. Now the mobs. The first mob is rarely found in the wild: the Corrupted Golem. It's egg is crafted by placing an egg in the center of the crafting table, and surrounding it with Shadow Iron Ingots. It has the AI of an iron golem, but 100 health and loads of attack damage. The next mob, the Corrupted Assassin [neither name nor skin are mine], is very quick and throws potions at you, but will always run to darkness. Thank you for downloading!