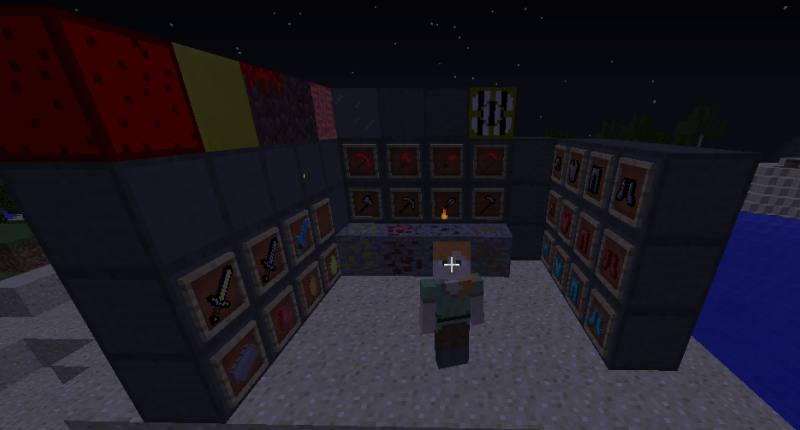 Eternal Expansions is a mod created using the software MCreator.

It is a RPG mod that is in development. This is not just a mod that i decided to make when i was bored....Its a new project. This mod will be updated frequently during its beta updates and alpha stages (having less content) but will take a while until a full release of a version comes out (Having much more content). Ideas are always welcome. Screenshots and a video will be available when the full release comes out. So until then, Have fun with the mod and leave your ideas in the comments.

Please leave your ideas here in the comments

How about studded armour

Texturing armour is hard....like brick hard....i will need a lot of help

@#5 You can recolor the iron armor at the Create Armor Texture tool. It is easy to make!

This is a great mod, but your picture is a bit dark!

Will add a better pitcure later