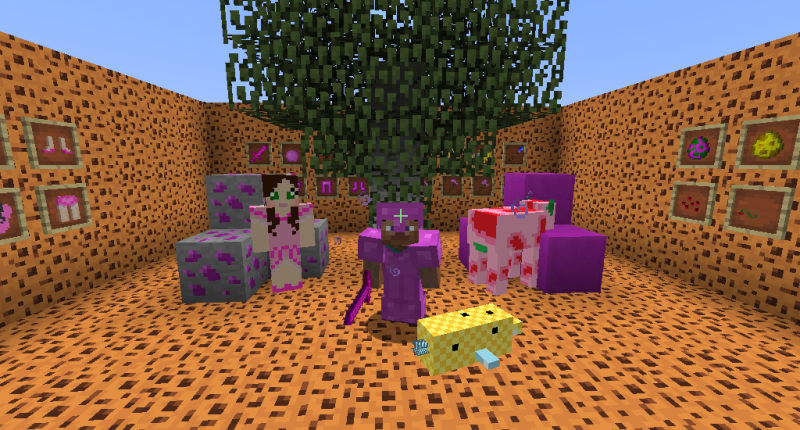 This mod is made for PopularMMOs!

Sorry for my English, I'm Hungarian.

I worked very hard on this mod, I don't have enough time, so I choosed this awsome modmaker! :)

- You can use Pink Block & Pink Dust as fuel.

This mod adds a new things, but later it adds more:

Create You are Pat Mod pls!!

I talk to jen