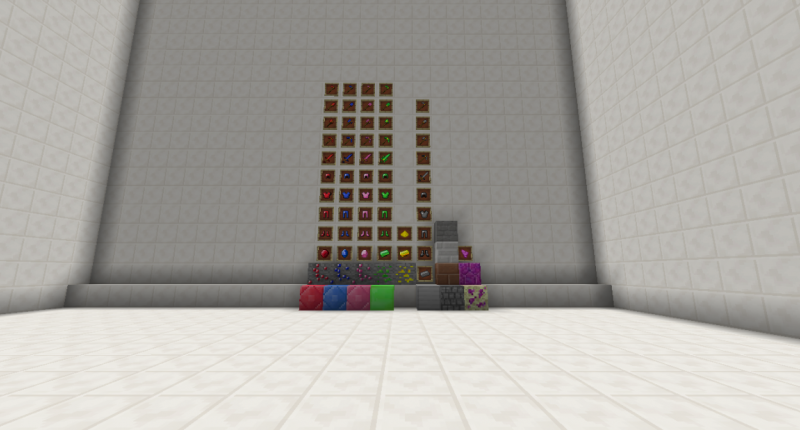 All of the currently available items in Alpha 1.7.0-public

Announcement: I moved my project to CurseForge because I've rewritten the mod without MCreator. Link: https://minecraft.curseforge.com/projects/ores-galore.

Ores Galore adds (at least, that's the goal) tons of new ores and blocks and items. The resources of the items can be found underground. In total there are five armor sets, which are

Besides this, there are also some other features. These are

Of course you can submit some ideas aswell in the comment section!

This mod isn't related at all to Ores Galore!, even though it has a similar name. I was not aware of the mod's existence when I came up with the name.

If you're wondering what happened to Alpha 1.5.x-public: I decided not to release it. I was testing structure generation with custom blocks. It did not work in the slightest and eventually ended up with missing texture blocks. It took two days to get everything back to what it was before I tested it (texture-wise) and was really mad because of that. I did not want to release Alpha 1.5.x because of this event and moved on to Alpha 1.6.x-public.

i think the mod is preety cool, i cant wait to see the update GOOD JOOOOB MAN!