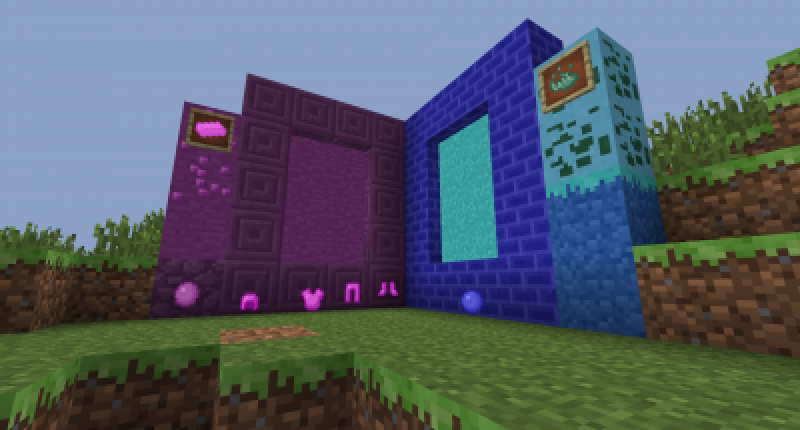 V0.1.1 has been released! Another dimension! Yay! Aqueos!

+Added Rough Kelp (currently does nothing)

-Nether mobs spawn in both dimensions

Comment your idea for a dimension, its general color, the kind blocks in it, settings, etc. and I might add that dimension! I will probably also think of more for the next update. I have Rough Kelp Armor planned, and maybe tools, athough that probably won't be until another Mcreator update (tool texture glitch). Rough Kelp Armor may also take a while, because I want to give it custom textures (probably Rough Kelp tools will have custom textures too).

What Folder do you put the the stuff inside the zip folder into.