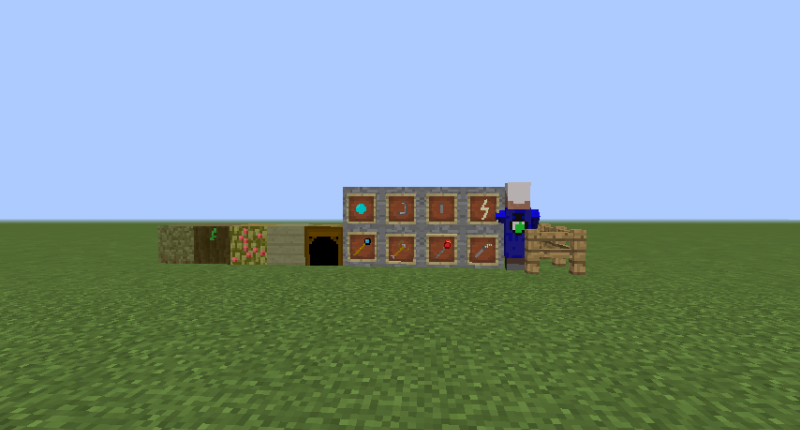 Everything new in this mod 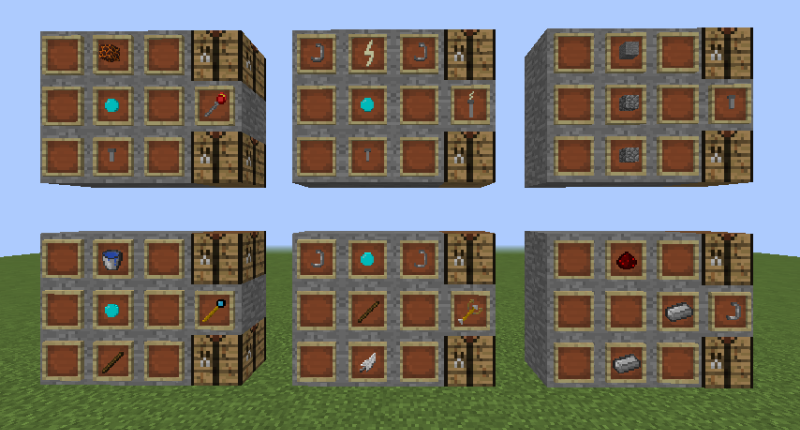 This is all the new crafting recipes 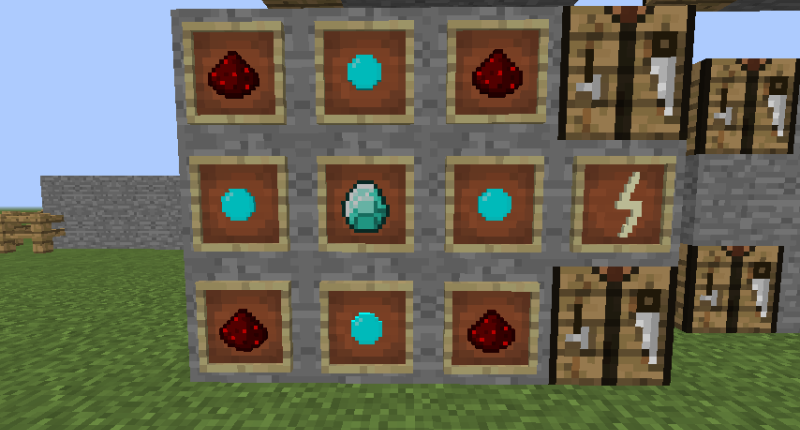 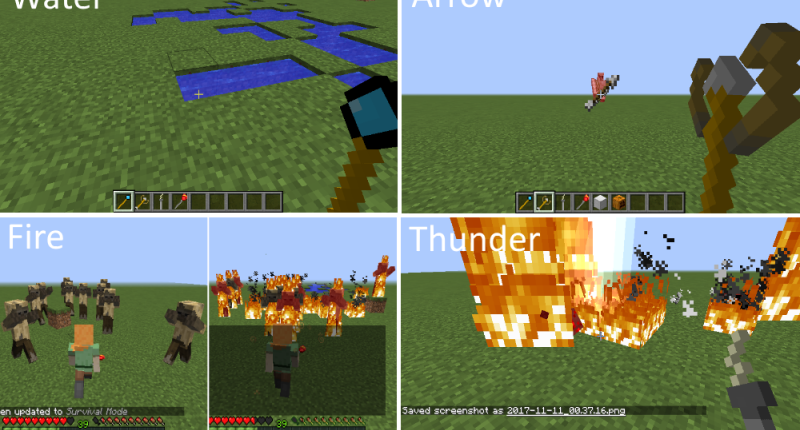 This show what the new wands do

This Mod adds 5 new Blocks, 8 new items , 1 biome and 1 Mob. the new mob in this mod is the wizard which killed enough times it'll drop an item named: "Magic Ball" which can be used to make magical weapons. (as shown in the pictures)

The Wizard in this mod is really glitchy, it can move entity around and can mess up your inventory and the only way to make it stop is kill it making everything normal again.

The biome is call the: Rugged Biome which adds the new blocks shown in the picture it also include a new type of wood used to make wooden tools and beds

This is the second mod made using Mcreator the first mod is only a test, I'm really new to modding and I hope you guys enjoy this mod

also One more thing, if you having trouble obtaining the Magic ball, I added A crafting recipe to make it easier, however it's only for you to find out.

I think this mod is great and it has a lot of potential!