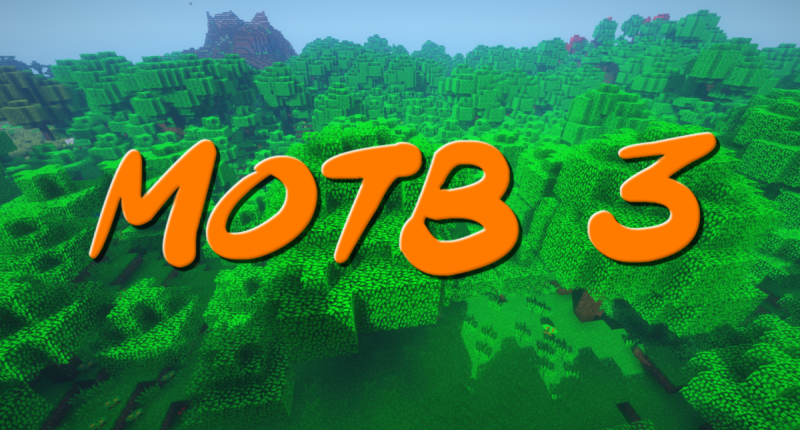 Hello MCreator community, after a long while after Motb 2, Motb 3 is finally released!

At the moment MOTB 3 isn't much its only been in development for 6 1/2 days but I promise I will finish this one unlike the last two.

MOTB 3 adds a bunch of biomes, items, blocks, and mobs.

Credit to Novaskin for some textures.

Now here are some of the things in the mod.

Of course that isn't everything but I just couldn't list everything. Thanks so much for looking at the mod page, and it would be very much appreciated if you downloaded.

1.0.2 Added some frosty new biomes and a new Futuristic Boss

"Phantom: Very spoopy, but weak." KEY WORD : spoopy
(Guy is huge fan of SMG4 and believes it originates from there)

Cinnabar is an ore of mercury, consider adding this?

What does MOTB stand for?