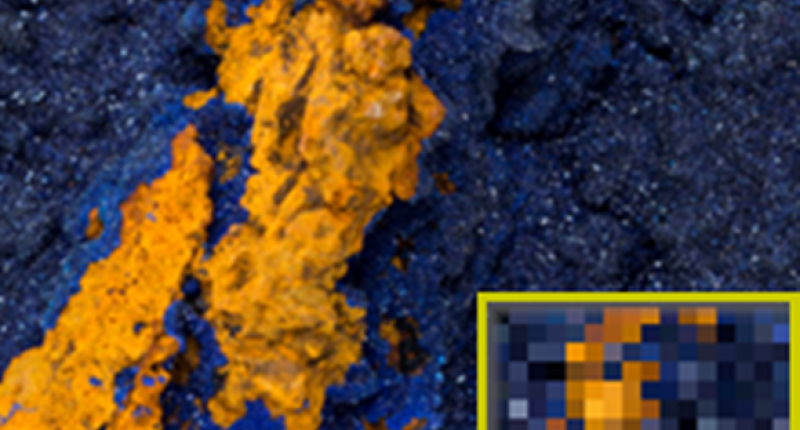 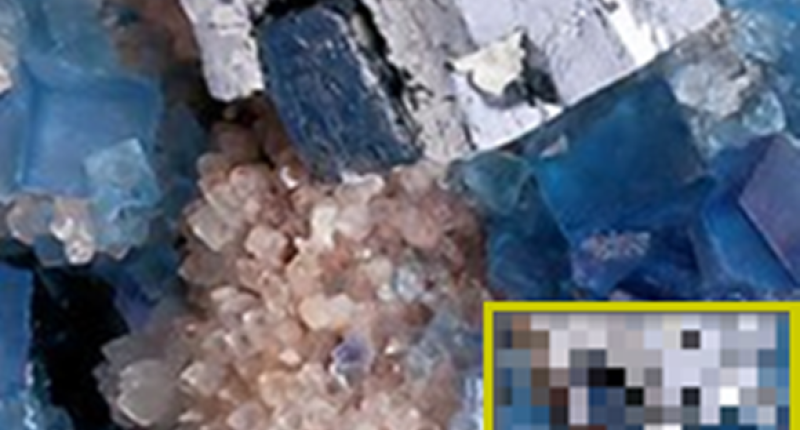 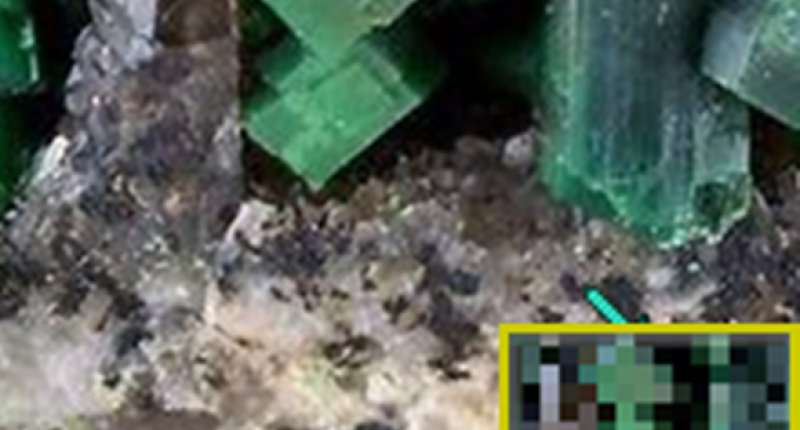 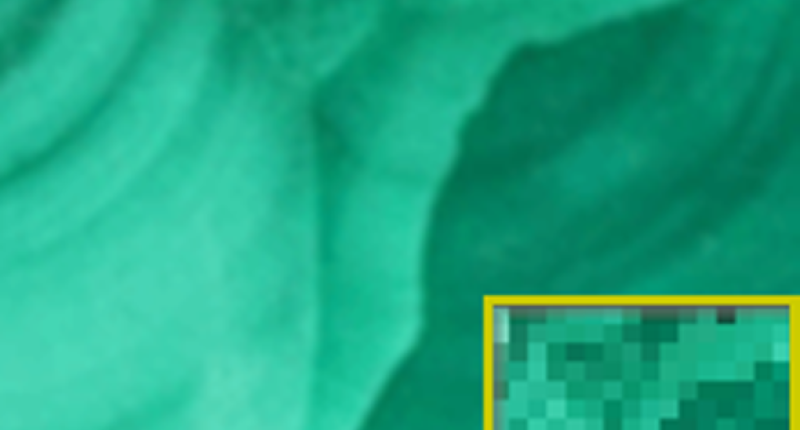 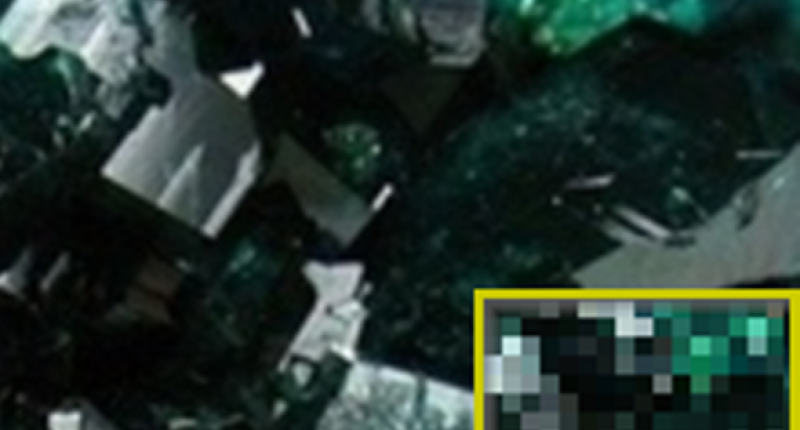 For Single and Multiplayer Servers. This mod should be placed in both the server and clients mods folder when using Multiplayer Servers. Minecraft Forge 1.12.2 Build 2768 and now Minecraft 1.14.4 Build 28.2.3 are the recommended builds to use.  Note that the 1.12.2 Mod will no longer be updated so that we can focus on more recent versions.

1.14.4-004 was released on April 25, 2020 - new features
* Added 25 Armors and Recipes (1 Vanilla Chainmail, 8 Colored Leather, 8 Colored Iron and 8 Colored Chainmail Armors)
--- Colors: Neon Green, Navy Blue, Pastel, Yellow, Blood Red, Cool Blue, Brown, Purple & Light Gray (Vanilla)
* Added Anvil Armor repairs for above
* Fixed Chalcopyrite Armor repair to allow for Chalcopyrite Ingots to be used
* Added Recipes for Horse Armors (Leather "new", Golden, Iron & Diamond) - Leather is crafted using 6 pieces of Leather and 1 block of Brown Wool.
* Added Rotten Flesh (based on human rotten flesh texture/item)
* Added recipes to process rotten flesh dropped by zombies - complete these and you receive up to 11 XPs.
1. Place 8 dropped rotten flesh from Zombies & 1 block of Salt in crafting table to get 8 salted (smokable) rotten flesh (3 XPs)
2. Place smokable rotten flesh to Minecraft Smoker - this creates dried flesh (2 XPs)
3. Place Dried flesh (8) on Crafting Table to make four (4) pieces of Leather (2 XPs)
4. Leather can be used for all leather armors (2 XPs for Leather Armor, 2 XPs for Leather Horse Armor)
* Added Smoked Salted Flesh texture/item/recipe (using Smokers)
* Added Dried Flesh texture/item/recipe (to craft leather for armor)
* Added Malachite to list of powered blocks that can be used with Beacons
* Fixed/Removed recipes that were invalid/incorrect for crafting 5 blocks to get one ore of the same.  Logic was flawed, my apologies.
* Crafting Armors provides 2 XP per piece (Helmet, Chestplate, Leggins, Boots)
* Added Abaddon The Destroyer Bow (Iron) w/450 uses and nearly twice the power - provides 6 XPs and well worth the effort to craft one! This bow shoots arrows faster and harder to the point that unprotected entities are NO MATCH to a single strike of the arrows. You can take down a Golem in two strikes! Can you craft one? Of course, but it's not cheap.  It will cost you 1 normal Bow, 4 Iron Nuggets and 4 Fire Charges. With the iron nuggets in each of the four corners, bow in the middle and the remaining for slots take the fire charges.

New Release April 15, 2019
Version 1.0.9 - This release introduces a new food item "Bacon Strips" that you can make from cooked pork chops.  I've also added a new leveling system that players can earn experience points from finding blocks, crafting and smelting.  This will be the precursor to what follows in future versions where leveling up means rewards!  This build was made using MCreator version 1.8.3!

New Release March 22-24, 2019
Version 1.0.7/1.0.8 - This release introduces 4 Ore Blocks, 1 Ore, 1 Ingot and achievements for finding and crafting Ores And More. One of the 3 blocks is called Orichalcum, a copper like rock that was widely used for Atlantis Tools, Armor and currency which you can find information on here: https://en.wikipedia.org/wiki/Orichalcum The other 3 blocks are quite new for the Minecraft community and they are Black Hawaiian Salt, Himalayan Pink Salt and White Table Salt. From these salts, you can craft yourself some Salt Shakers which you can hold, shake like a salt shaker in your home. The difference here is that for this release, you can right-click on planted carrots, potatoes and beets. Each shaker has about 100 shakes in survival mode. In a future release, I'll be adding in foods that you can season, cook and eat - just like real life and with the same cautions of using too much salt on your foods will result in some health damage. Again, that's in an upcoming release this is just to get used to having them.

New Release January 25, 2019
Version 1.0.5 - This release includes an additional 13 Ore Blocks, 13 Ores, 13 Ingots, 1 Nugget, 3 Powders, 2 Poisons and 2 Antidotes. The original 4 blocks (below) have had texture and shape updates. Now there is uniformity across ingots, ores and nuggets for both HD and default textures.  Click here for a full change log of features and changes.  Also note that the original four image textures have been revised.  You can see all the images here.

Version 1.0.4 - This mod introduces a set of four new ores, tools and armor for some rare natural earth ores.  Each of the ores provides the following attributes:
Ore Block, Ore (Fuel), Ingot, PickAxe, Sword and Armor (Helmet, ChestPlate, Leggins & Boots) that make up this stone.

Each block can be smelted to get the ore and the ore can be used as a fuel source in addition to that of black coal.  Since these blocks can also provide fuel resources, the block itself can be used as a source of power (just like redstone).

Taking this one step forward, the same Ore Block can be smelted into ingots and the ingots help build the tools/materials you need in for PickAxe and Swords.  The Ore Block can also be crafted to create Ores to use as fuel.  The recipes for all are very similar with a couple exceptions.  Because of the toughness of Painite, crafting tools requires the use of diamonds for its strength properties.  One bonus surprise is when you do craft a pickaxe or a sword with the materials below, you will also receive some enchantments on the result.

Chalcopyrite, aka Peacock Ore, can be identified by its external metallic luster that glistens in the sunlight. Be aware that It’s metallic base makes it quite the heavy stone. As a tumbled stone, Chalcopyrite will have a different appearance. This is because its internal color is a brassy yellow, which often has it mistaken for Pyrite or Gold.

Malachite has been called the “mirror of the soul”, as it reaches the inner feelings of the person and reflects what is there, negative or positive. It is a powerful protection stone that aids intuition, creativity and imagination.

Painite is a very rare borate mineral. It was first found in Myanmar by British mineralogist and gem dealer Arthur C.D. Pain in the 1950s. When it was confirmed as a new mineral species, the mineral was named after him.

Scheelite is a calcium tungstate mineral with the chemical formula CaWO4. It is an important ore of tungsten (wolfram). Well-formed crystals are sought by collectors and are occasionally fashioned into gemstones when suitably free of flaws. Often colorless, white, gray, brown, yellow-orange and pale shades or red.

What's new in v1.0.4? - You can now craft Horse Armor in game for Gold, Iron and Diamond Horse Armor.

Tested and Supported on: Forge Minecraft Build 2768 1.12.2
Author/Owner: smmmadden
ModPack Use: You are permitted to include my mod in your modpack as long as it is not changed in any way and includes all files from this site. Kindly give credit when you do. :-)
Maps/Worlds Tested: Single Player Private and Multiplayer Worlds
Resource Pack for TmTmc Mods (Gravels & OresAndMore): TmTmc-ResourcePack
Website: https://www.TakeMeTo-Minecraft.com
Discord: https://discord.gg/Gn6YW6a

Hi Everyone, this update is an Exchange/Trade Update.

I've added 6 new recipes to the mod to allow players to trade TmTmc Ores for Vanilla Minecraft Ores. Inside the jar file, there is a file called TmTmc-OresAndMore-Recipes-v1.0.11.txt with the 6 new recipes.

Why exchange/trade TmTmc Ores for Vanilla Ores?  Any who has played Minecraft for a while knows that Diamonds and Emeralds are valuable but hard to locate.  If you've played on TangoTek's TekTopia Mod (https://www.curseforge.com/minecraft/modpacks/tektopia-pack) it becomes critical to get Emeralds to establish your villager communities.  Since our Ores are more plentiful and easier to locate, it made sense to provide a simple trading recipe to get more diamonds, emeralds, iron and coal.  The recipes are expensive and we're not making it easier to get these Vanilla Resources, but making it possible to get them faster than mining for them directly.

Note: TmTmc-OresAndMore and TmTmc-Gravels works nicely with TekTopia, but villagers will not interact with our resources at least not yet. :-)

6/08/2018: Update to Description to remove links as directed by content guidelines.  No changes to mod file itself.

Improve your mod logo and screenshots. You can’t use this picture type. https://mcreator.net/wiki/modification-publishing-guidelines I suggest you too, to put your changelog inside the "Changelogs" section.

Thanks Goldorion, but this is an update to an existing approved Mod and the Changelog does contain the updates for this version. None of the images have changed since the initial approval. At some point I'll go through each image and try to clean up the quality some where possible. All I've just done was update the description to reflect the latest version.