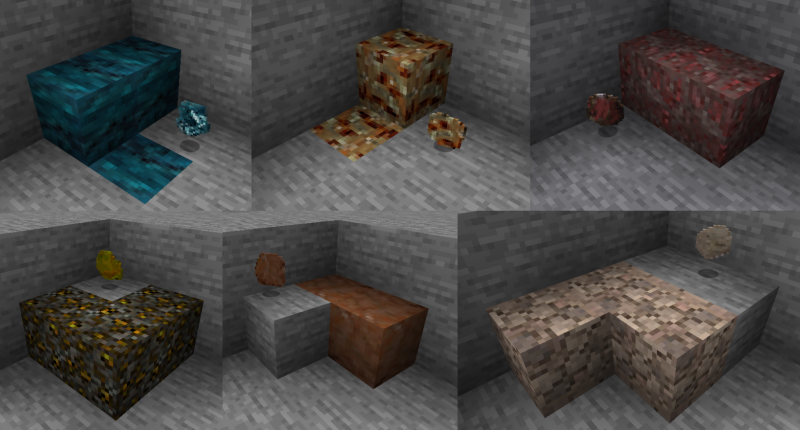 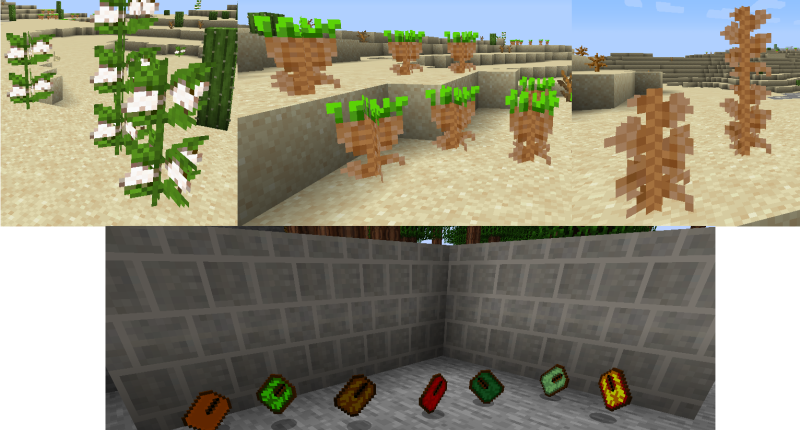 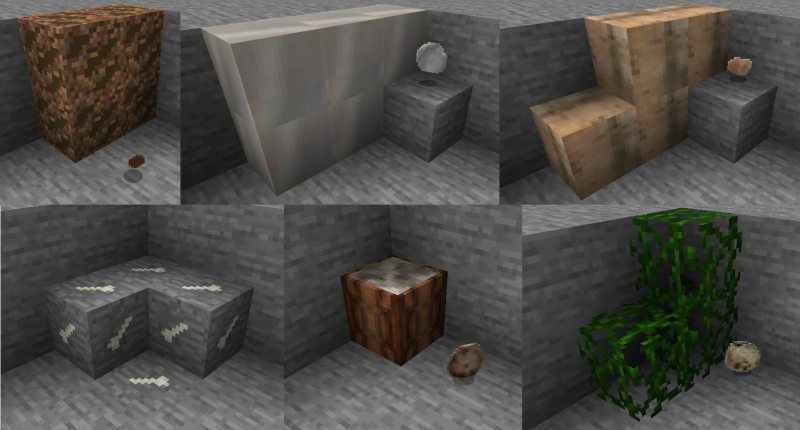 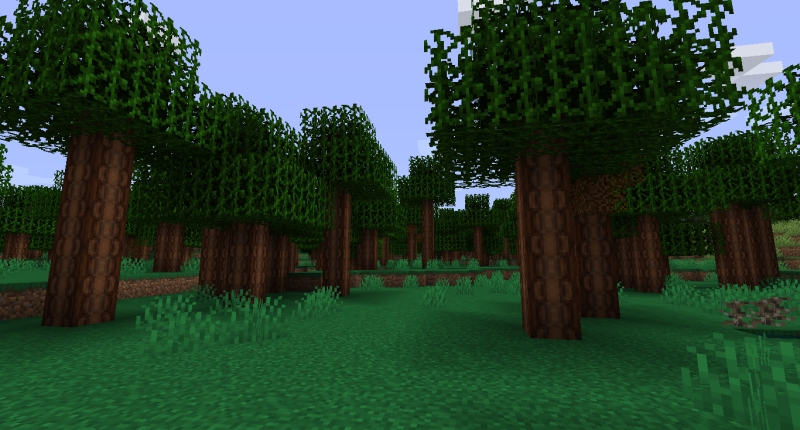 This mod adds new plants with various fuctions and a set of ores that can be crafted into tools and armor ranging from Iron to above diamond, the ores can also be crafted into decoration blocks with the stonecutter. It also has an explosive ore, a new petrified chert biome, and a chert dimension where a special salt grows that you can craft corn nuts from which have a range of powers that stand as a kind of potions substitute, the corn nut being crafted by one chert salt, 2 redstone, 2 glowstone, and 4 wheat seeds for the base that you need to combine with the various items to get the final cookable nut, then cook in the smoker. It would be good to watch the spotlight video below by KaedenCraft to get an idea of how the recipes work with this mod.

There are a few extra items in the Creative tabs.. These items are used for different spawn areas, being layer or dimension specific..

NOT THE FINAL 1.1.2SE VERSION
I AM STILL ADDING, CHANGING, AND FIXING STUFF

It should work just fine though, I just wanted you guys to have the fixes sooner than later :).

Please check beck every now and then for future updates.

1.0.0d2
made normal corn nut negate potion effects
removed smelting recipe for carbonized wood and chert, use of the blast furnace for carbonized wood and chert only
added recipe to switch around petrified wood block (may remove though, to make sideways more rare)
touched up a few textures
fixed desert grass plant to actually grow in the desert and not the plains
for 1.12.2 made compatible

1.0.0d1
faux stable chert was meant to explode, so I fixed it
changed some of the ore spawn rate
some other behind the scenes fixes
the chert dimension wasn't supposed to spawn you back in it after death, oops, fixed that too
for 1.15.2 added honeycomb corn nut recipe

1.0.0
made a combination mod of my old mods from the old days

Nice mod, but I think 16x16 textures would look better

He is talking about the ore textrues

I switched your pictures as the old one had a white background which is not allowed in our mod page guidelines.

Amazing texture and a lot of original ideas! Good job!

Thank you, much appreciated :)