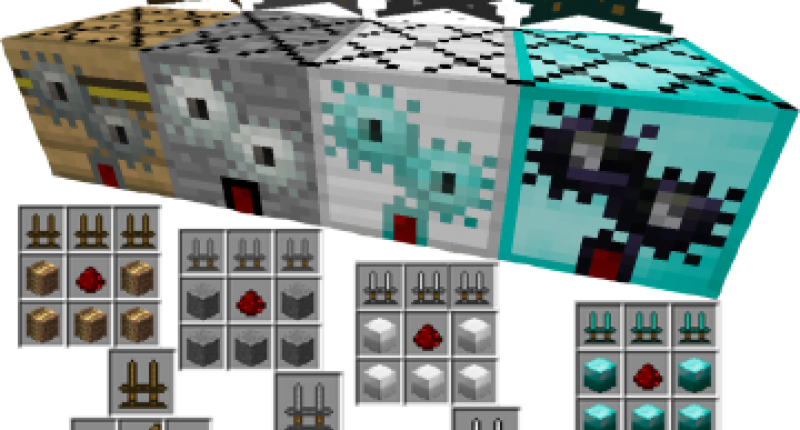 These are pit spikes that can be placed on the ground. When mobs collide with the spikes they will take damage. Each pit spike does the damage based of the type of sword it was created with. Wood pit spike  being the lowest amount of damage to the diamond pit spike being the highest amount of damage. I did add a couple special  features to a few of the higher costing spikes to make it worth while. Mainly since it takes alot to make the diamond pit spike. There is a reason for this costly recipie. The deployers are machines that you are able to send redstone power to. This power will deploy the pit spike through the top of the deployer.  When the redstone power has been removed, so will the pit spike. Each deployer has a special ability associated with it, with the exception of the wood deployer. the wood deployer only acts as a pit spike when deployed.

This mod had been created awhile back.

This is a pretty cool concept, just, it takes 75 diamonds for 1 pit spike. Little extreme?

In the future when I redo this mod. I will make the diamond pit spike cheaper. instead of diamond blocks I will make it diamond instead