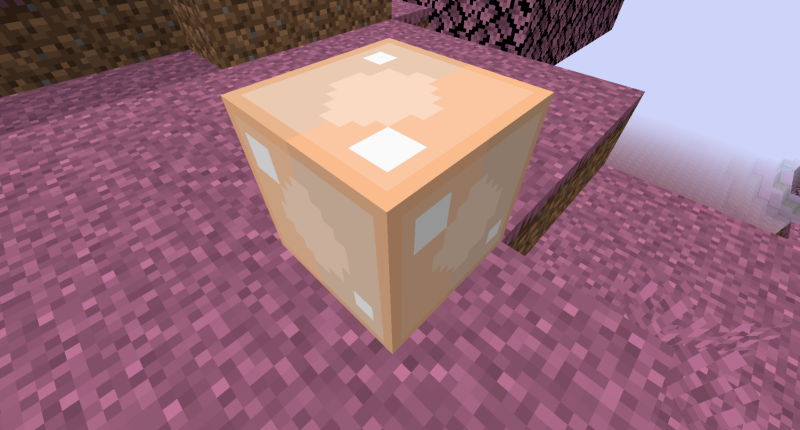 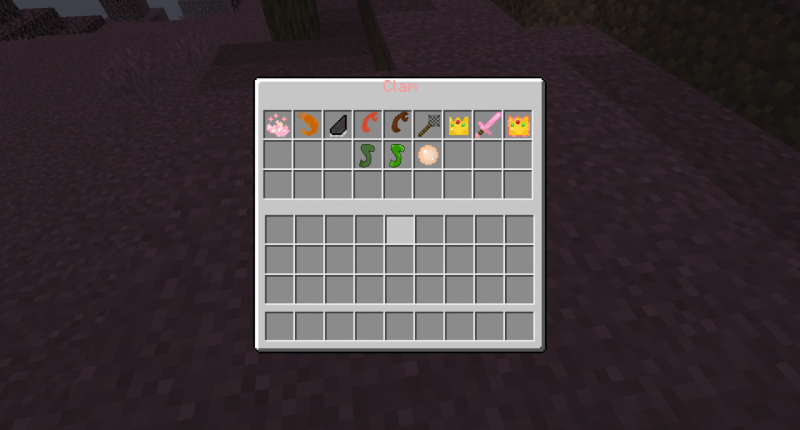 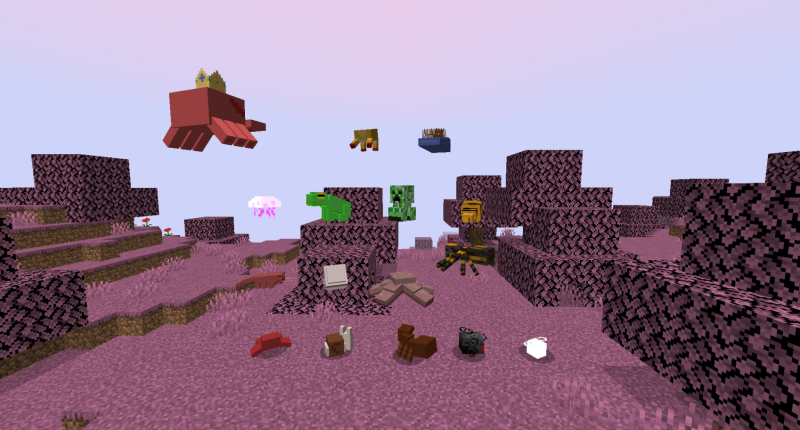 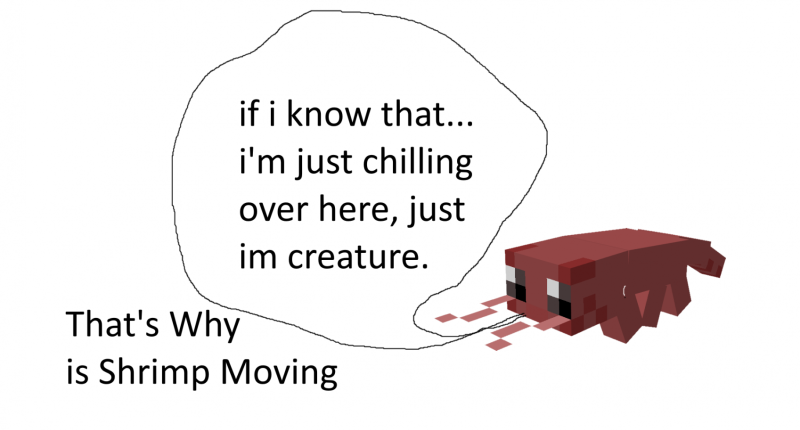 if i know that... i just chilling over here, just i'm creature [That's why is Shrimp Moving] 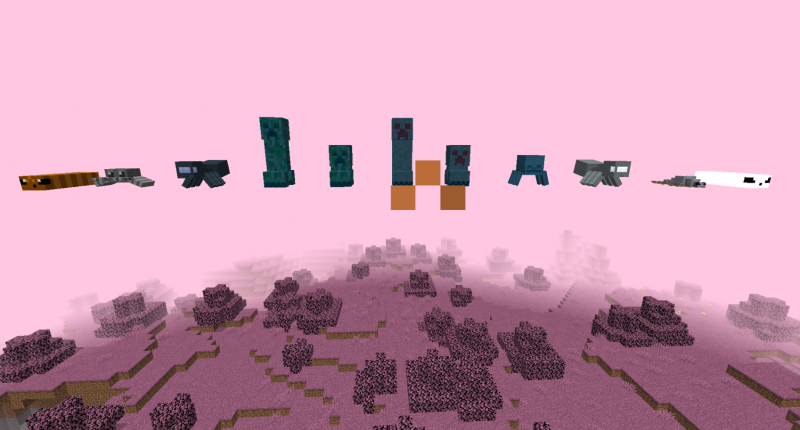 that cute mod that adds cute things and spooky things

If you wanted to in MOTW, go to motw, select torument and it will help us :)

Housefly - that cause from drop dirt and scares Spiders and Frogs

Tarantula - hunts Houseflies and they are neutral like spiders

Jellyfish - this updated from 1.2 update that added, they are neutral

Frogs and Dart Frogs - that neutral creatures, they attacks tarantulas and houseflies

King Crab - new MiniBoss or Boss into to mod, for the fight, updated from 1.2

Creepling - little cute creepers into to game, that thing doesn't explode and is friendly

Headcrab - that thing from Half-Life Series

Pearl - that dropped by Clams

Shrimp [food] - that dropped by Shrimps, it's food

Crab Meat and Cooked Crab Meat - you now use to cooked near by Furnace, Blast Furnace and Campfire

Fairy Dust - that drops by Fairies, you can craft a Fairy Sword

Fly Swatter - uses from a Real Life for killing Houseflies, is development tool that added from 1.2

Block of Pearl - new block that added into to game first, you can crafted by 4 Pearls like Square

All blocks of Blazium - new wood and wart type of block, i working on 2.1

Animals doesn't hurt you if you attacked near by

King slime is not spawning anywhere with his spawn group

Ghastlings now can flies in nether

Cerbeus was removed in the update

Where do the mobs spawn?

fairies spawn in a fairy forest, mobs are randomly spawn

i was testing a new update today in curseforge, there is https://www.youtube.com/watch?v=8u1bo4AhzXc

i love the textures for the king slime, housefly and frog :)

bruh stop backporting, im not doing that of course