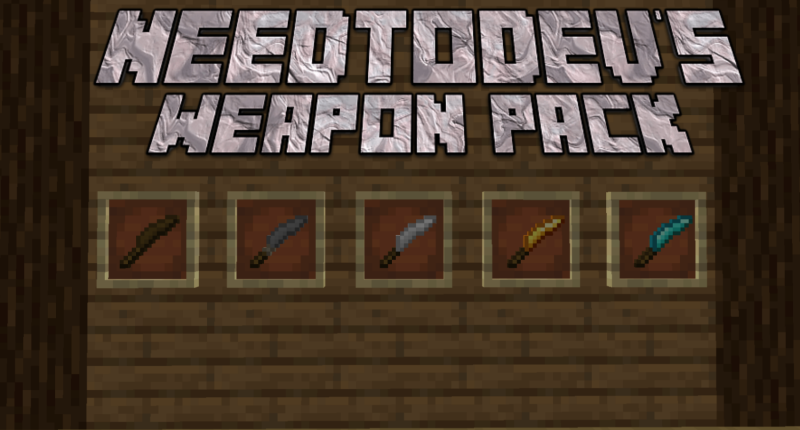 Hi, thanks for checking out my mod, this mod aims to add more weapons to the game whilst hopefully also balancing them.

IMPORTANT NOTE: THIS MOD HAS TERRIBLE DAD-ISH JOKES IN ADVANCEMENTS, USE AT OWN RISK.

Currently we have three sets: 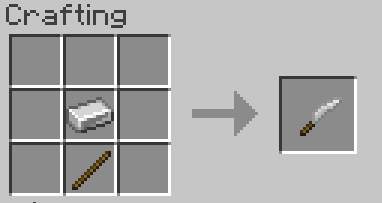 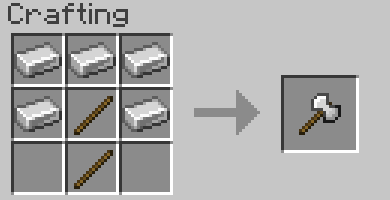 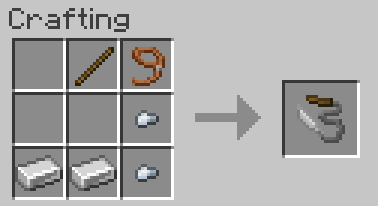 -Fixed axe knockback, which was quite necessary

-Adds entity blood, which you can collect by right-clicking a bleeding entity(Entity blood can be used to apply effects onto your weapons!)

Just a suggestion, It's very cool for me, a type of Diamond Stone to increase the damage of knifes/axes/etc, that you right click with the tool in hand and it sharps it, but if you do it too many times, it breaks. If you don't know how to do it, Here's how, Make multiple tools with different damages, make a procedure that when you click on block with a tool in main hand, it changes, and for the breaking part, on the last Sharp, make it that if player has it in main hand while Right Click, it breaks, or disappears, idk if you understand what I mean, but surely it would be awesome.

I'll consider it! But currently I have other things planned to add, one of the things will be a new weapon, which would definitely change pvp a bit, in a hopefully good way.
I'll note the idea though! Might add it for the regular diamond sword aswell if I do indeed add it.