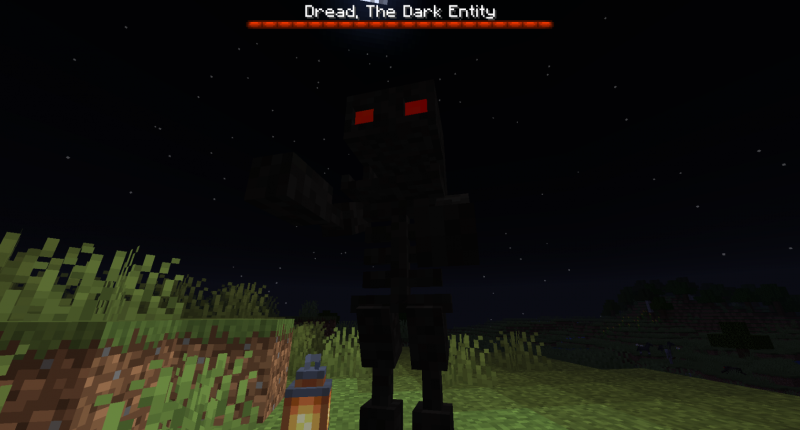 Red Diamond. Can Only Be Mined after you craft a Beacon.

Riftium. A New Ore used for dimensional transportation. Can Only Be Mined after you craft a Beacon.

After tons of remakes and other stuff...

NecronCraft RPG is a Minecraft mod that aims to improve upon the exploration/combat/loot features in vanilla. This mod is heavily based on mods such as Advent of Ascension, Divine RPG, RaolCraft Omega, Orespawn, Arcana RPG and Way Through Dimensions.

In order to begin your journey, you need to firstly kill the wither. Upon killing the wither, you will recieve a Nether star. Build a beacon and as soon as you have activated it, the world will change forever. You now will be able to mine an ore that has generated called riftium. Use that to make rifts into the next dimension, the Lushlands. (Not added yet)

You figure out the rest...

There are 3 Bosses Currently in the Mod:

Dread: A Dark Skeletal Entity That can gain in power as the fight progresses!

Burrohell: A Massive Sandworm that can create earthquakes. Burrohell is currently not finished yet.

NikG for Creating Way Through Dimensions Mod (Yet Another Big Inspiration)

Changed Some Textures and Particles

Added a Handgun (Will be removed next version)