After 3 long month, Dragon Ball Mineverse is back with a Big Update

Stamina System is finally there, Your stamina will decrease each time you attack an opponent, when it reach less than 10, you will only deal 1 Damage, but you just have to wait a little time for your stamina to come back!

Training Points System, you can finally obtain TP and upgrade your stats, purchase skills and forms!

Story Mode: Yes, Finally, you can play the Dragon Ball Story, and in this story, YOU are the main character, The Story will have a total of 3 Saga, Z Saga, Super Saga, and GT Saga (maybe 4 if i decide to add non-canon such as Heroes Saga). so far, the Saiyan and the Namek Arc are the only one finished, in the next update, there will be the Cyborg arc and the Buu arc.

Guru and Nail: Guru now have his own GUI, You can get a Power Boost from him if you are not a Saiyan or a Namekian(Power Boost Required for the Z Saga), Nail is also there, you can randomly find him dead in namek, if you are a namekian, he will ask you to fuse with him to beat Frieza(Required for Z Saga)

Majin Form: Majin is just like Mystic, but for Evil and Neutral Player, you can get it by right clicking on Babidi

Babidi: He will be important for Buu Arc, also to get Majin Form, Can Only be spawned with /summon.

Dying with a scouter that isn't off will make the game crash, Make sure to turn the scouter off before dying

Zeni Currency(Z/): Zeni can be used to purchase Materials or Clothing by using /shop command. By Using /zeni command, the Player get access to the Zeni GUI, which allow him to transform his zeni into items, from 1 Z/ to 1,000,000 Z/.

Dragon Balls, these magic crystal balls that allow a player to summon Shenron and make a wish, they can now spawn randomely in the world but are really hard to see, that why a Dragon Radar has been added in the mod, but it dosen't work properly, it will be fixed in the next update.

Sacred World of the Kais: There is now a way to visit their planet, your question is how?, well that is a secret that you will have to find yourself(Its not the /kaiworld command). When you access the dimension, you can go to 0 63 0 where you will find a giant tree with three NPC around a Table, these NPCs are: Kai The Supreme Kai(Yes, Kai is his name), The Elder Kai(Kai's Ancestor) and Kibito(Kai's assistant). When the Player interact with Elder Kai, a GUI will be open which allow the player to get access to a new Skills and Form(Only for good Players)
Mystic: The New Form added is Mystic, it is only availible for Good Players and those who are not Saiyans(Saiyans have Super Saiyan 4 instead of Mystic). Mystic have a x3 Stats Boost(Same like SSJ4) and a Ki drain of 1 per 40 Ticks. the Evil and Neutral Version of Mystic is called Majin. To use Mystic Form, the Player must own the Mystic Form, Be Good, and must unequip his Equipped Form(means the Equipped form must be: Base instead of: eg. Full Namekian), when Pressing the Transform Key, the player will Enter Mystic(Can be stacked with Kaioken to Create Mystic Kaioken)

Attack Cooldown: To Avoid Players from Spamming Ki Blast, a cooldown has been added(Freezing Clock Icon)

Scouter: Yes those little device that you put on your head: they have 2 mode, Player and Entity Mode. F4 To switch, Entity Mode: Detect closest entity in a 500 Blocks Range, show distance, Name and Coords, Same For Player Mode, but if there is only one player in the world, the scouter will show coords, distance, Name of this player.

Martial Artist is Balanced in Ki and Melee

Warrior have more Melee and Stamina

Races (For now, they do not have any Model): These race are:

Structure are also featured:
Korin Tower and Lookout(spawn at 0 63 0(can sometime create Big Holes in the world))
Kame House: Spawn in Deep Ocean Biome (Will also spawn randomly once in the World)
Namekian House

Dimension:
Planet Namek
Hell(For the Evil Players who created disaster in the World)
Sacred World of Kai(Only the Best of The Good Players can find the secret to go there)
Other World(Your Spirit will be teleported there when you die, just meet Enma and he will tell you where you'll go,)
Upper World (A nice and Peaceful place for players who just want to relax after they died(For Good Players))
The Boring Planet (Boring Version of Overworld for the neutral players who didn't care about the evil or the good one)

KeyBinds
C to Boost Your Power Level(PL).  If you do not choose a race, your Strength will be set to 0, which mean you will do 0 Damage
X to Charge your Ki
M to Open the Menu (An Empty Stats GUI)
R to Shoot Ki Blast(much less buggy than before)
H to Turbo mode(In Turbo Mode, Your Aura will always be visible and will consume 1 Ki per tick(For Now) Turbo mode is for now just to show the aura, will be fixed later 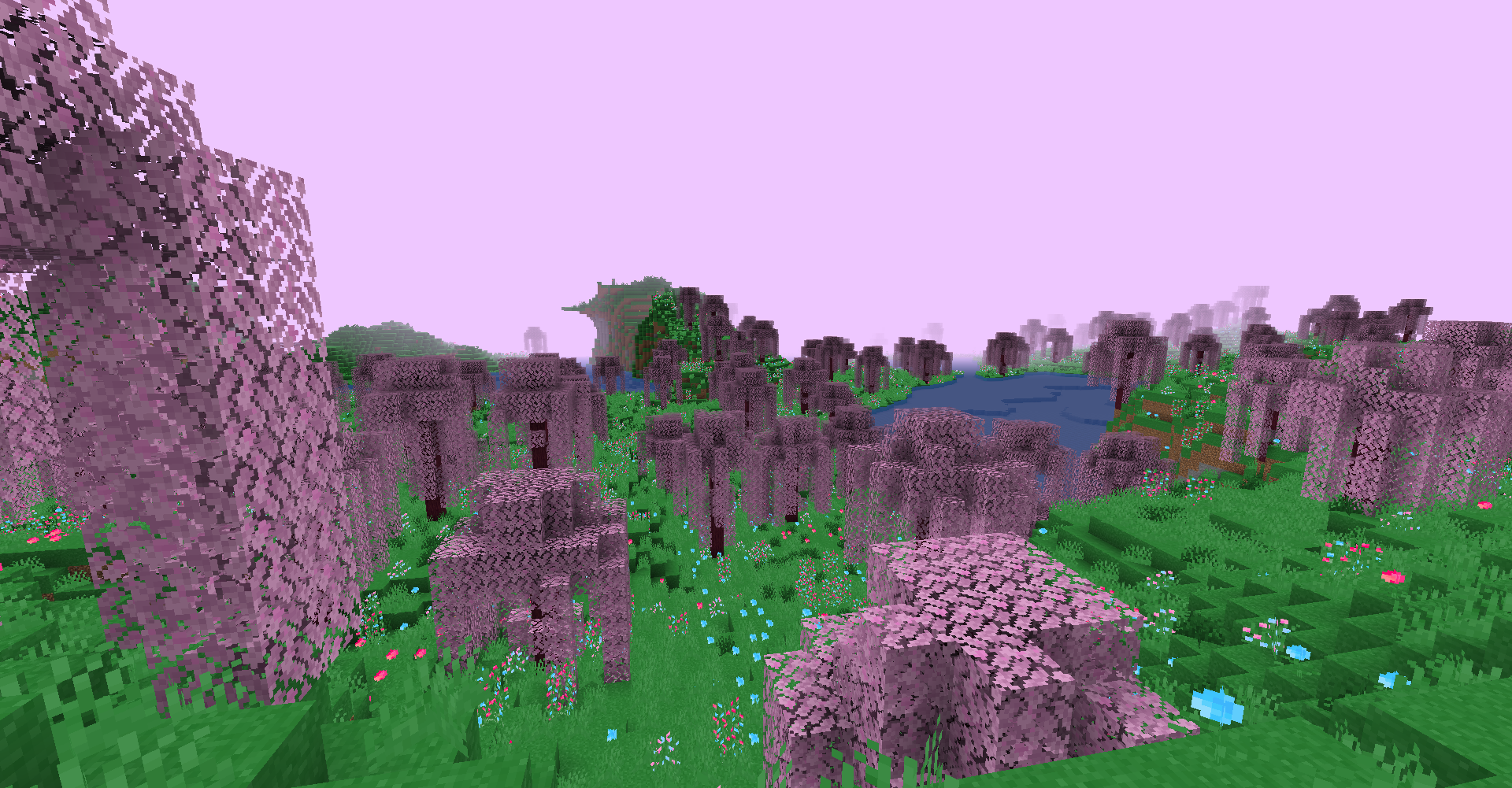 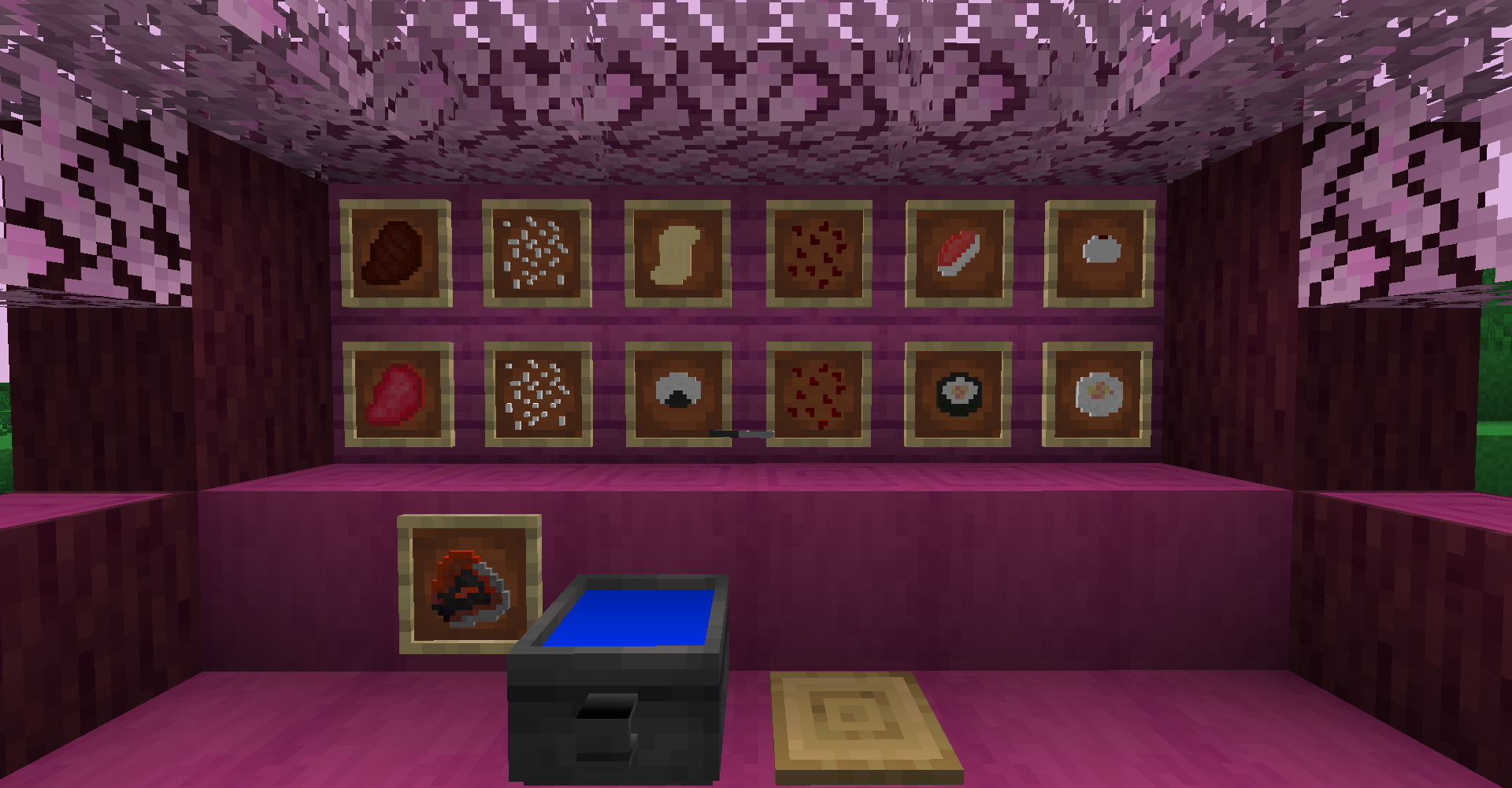 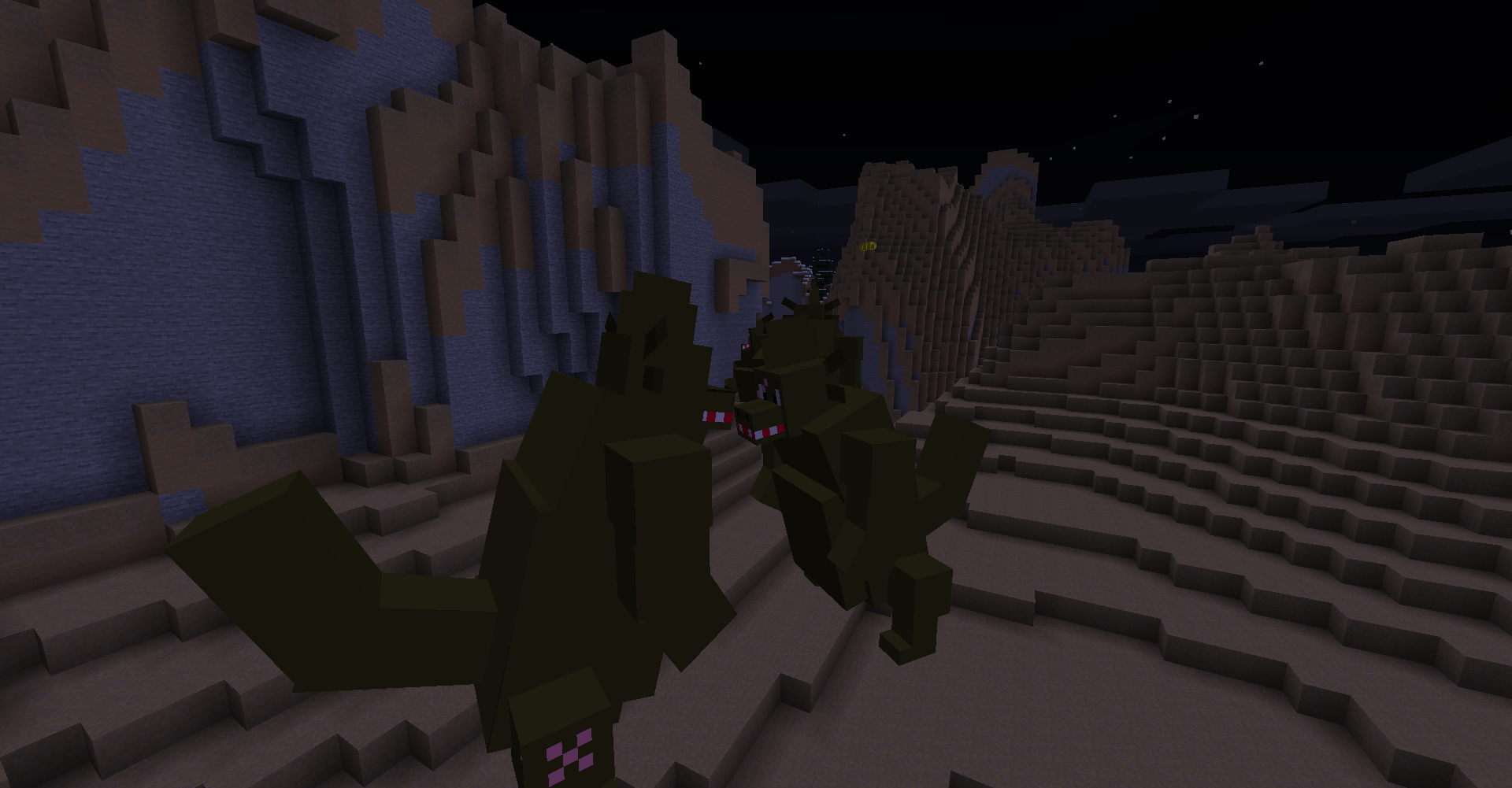 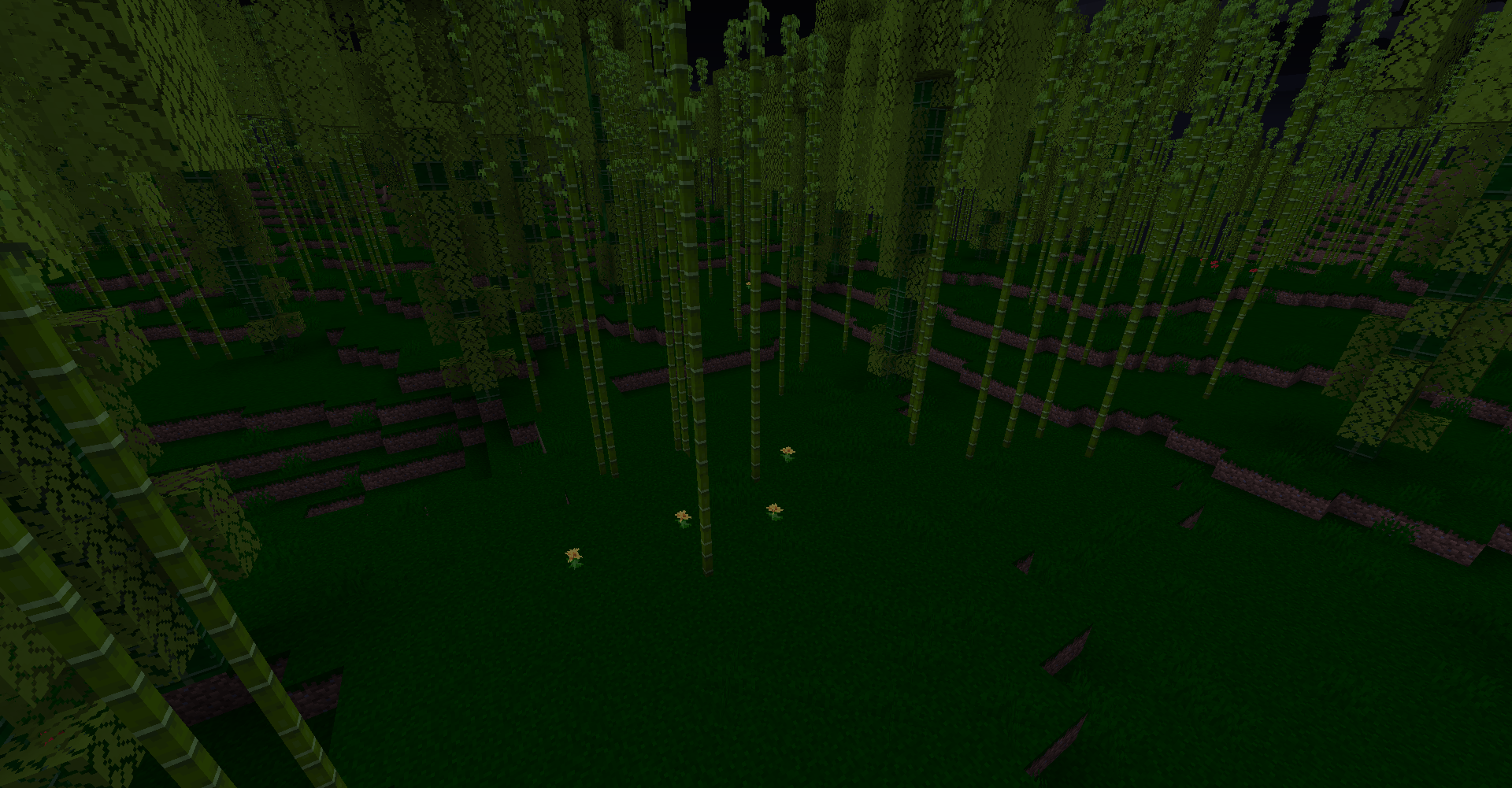 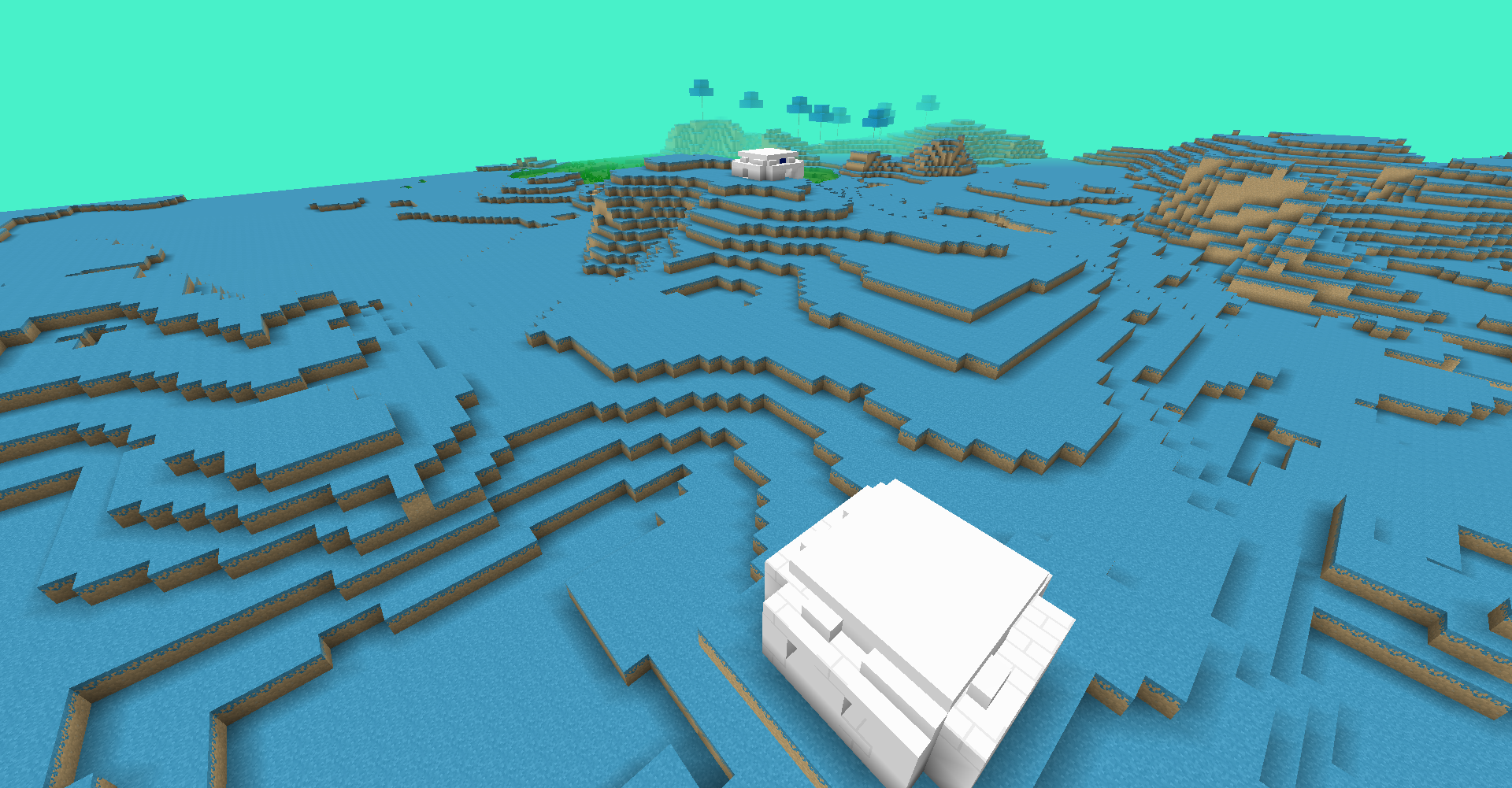 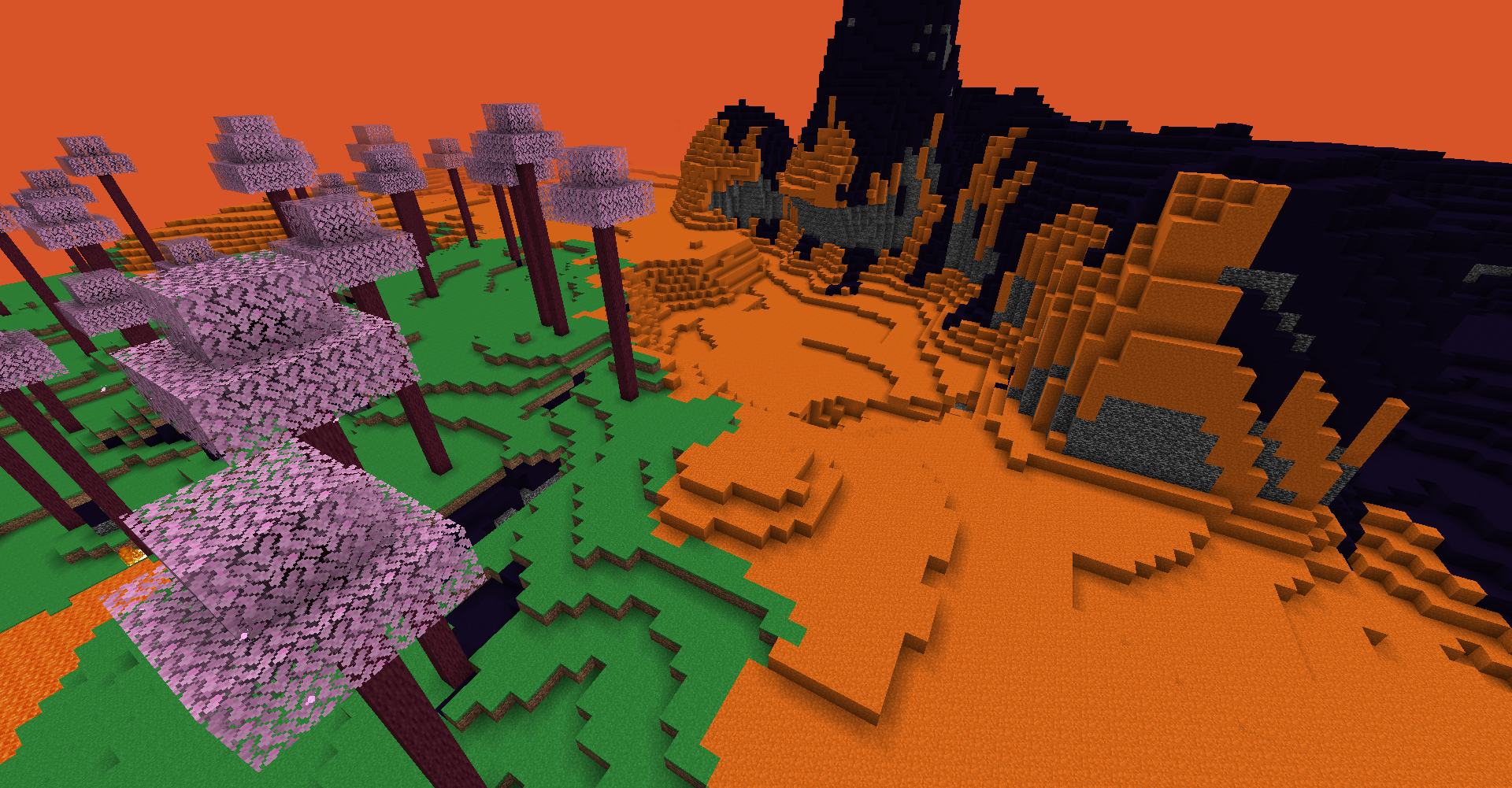 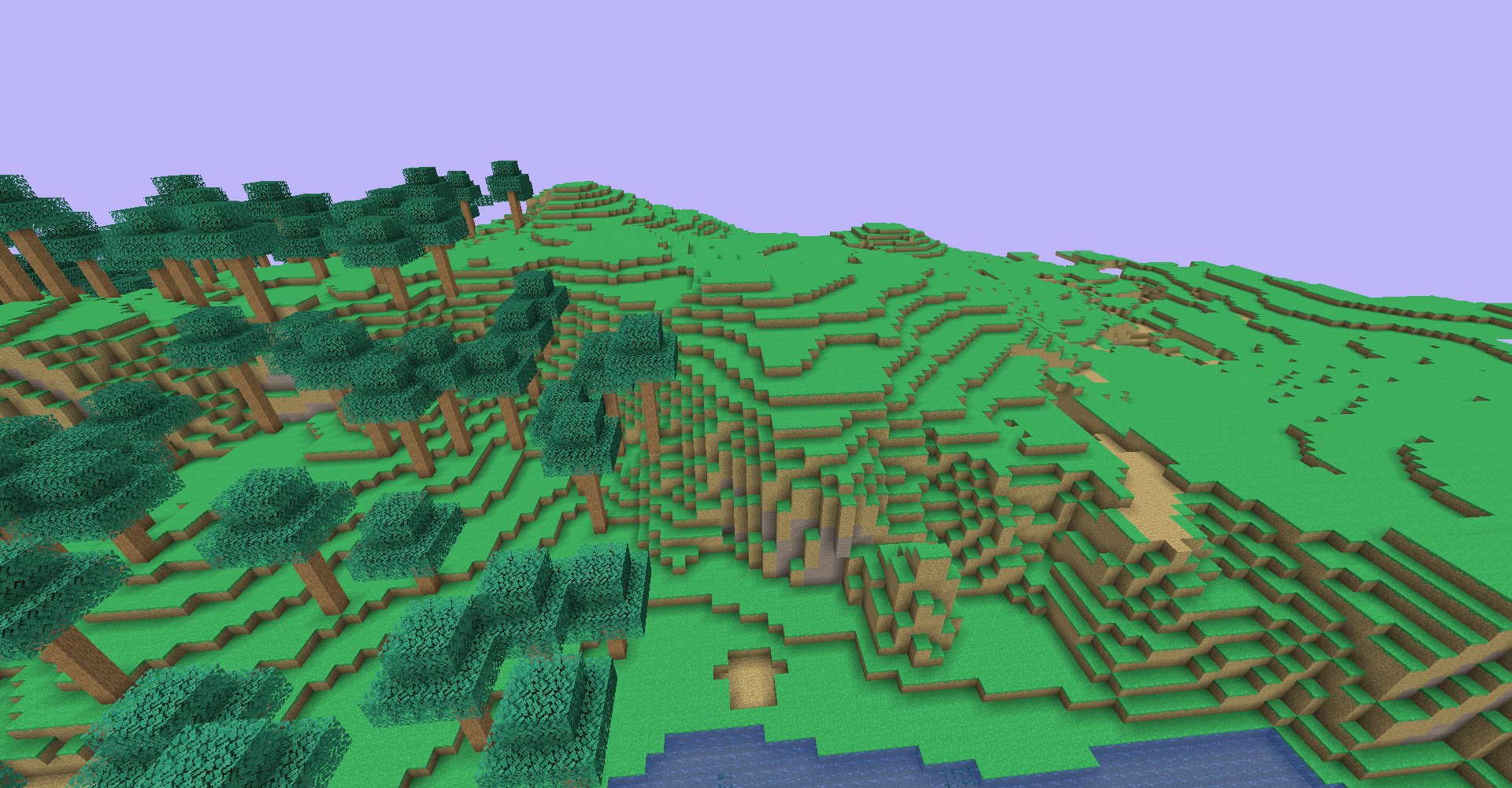 Other World And Enma Station 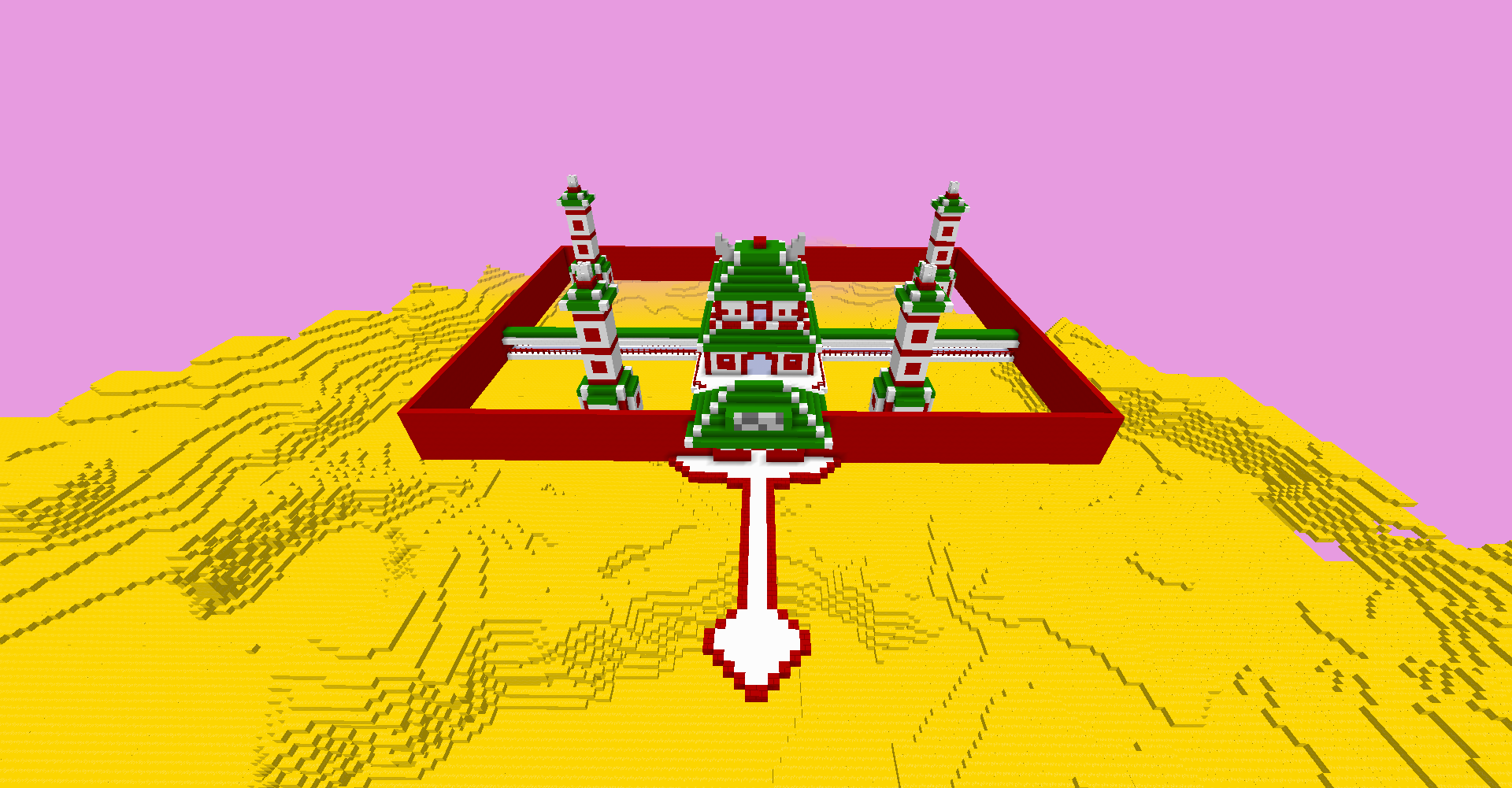 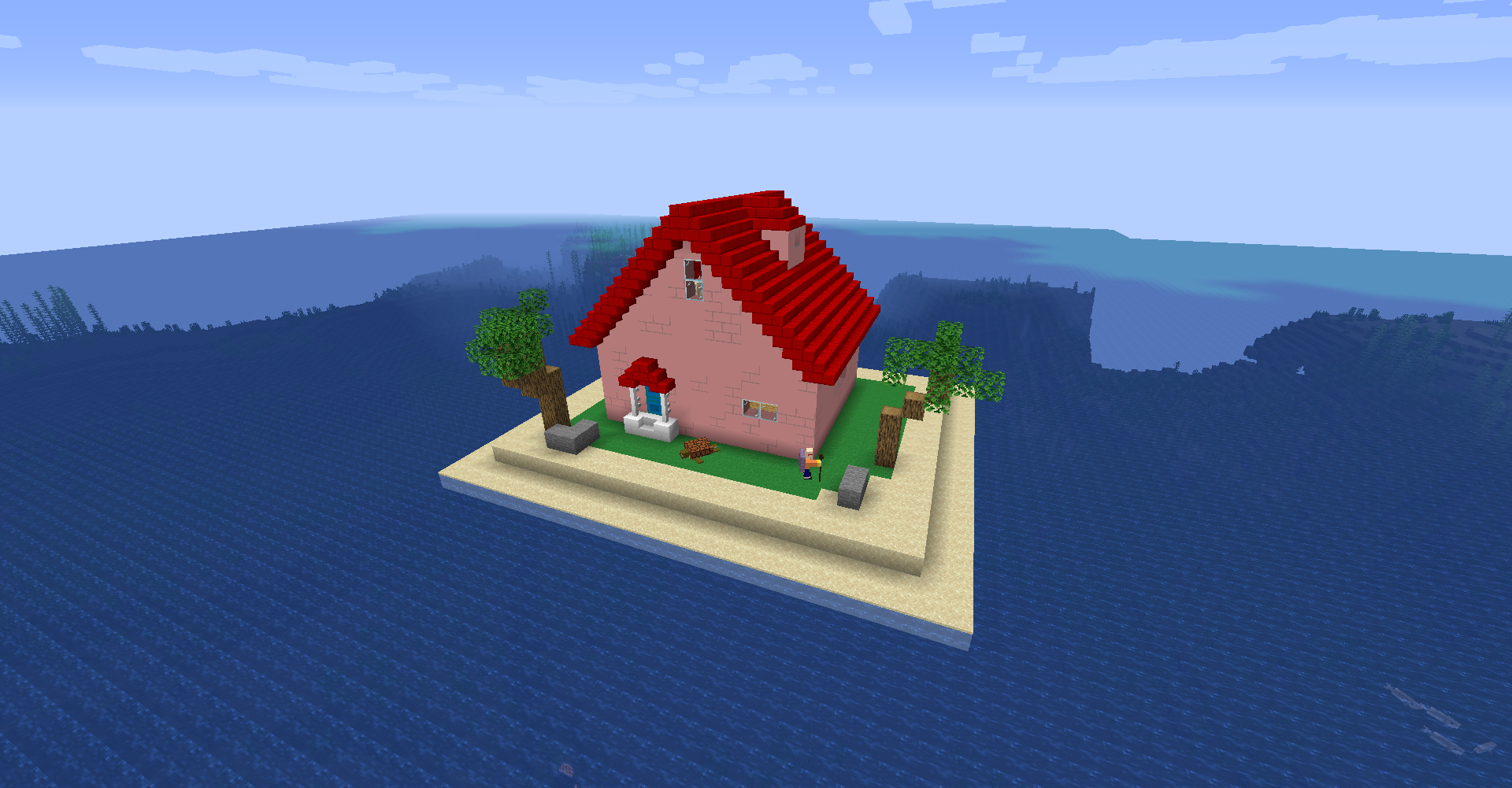 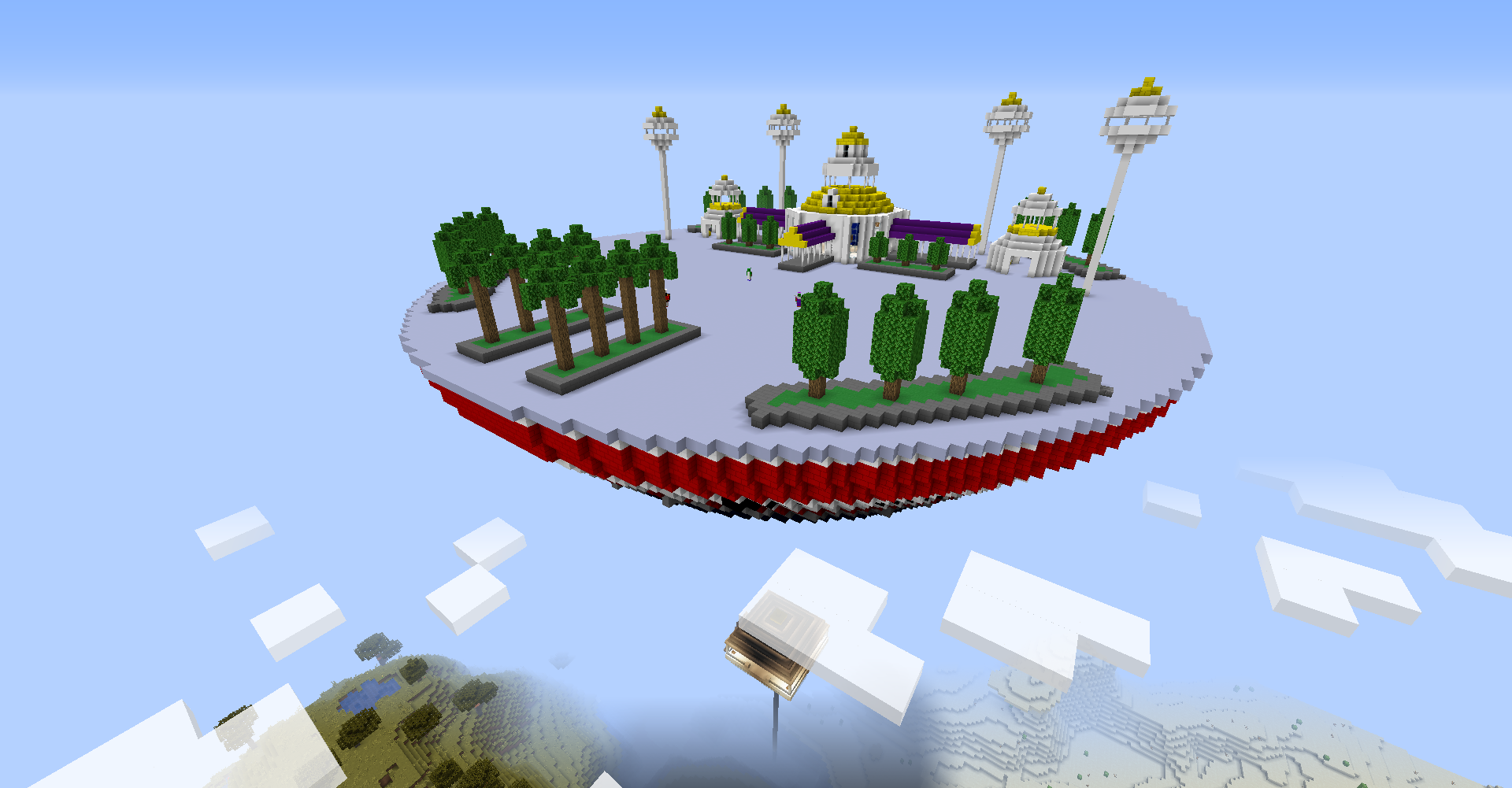 Toei Animation, Fuji TV, Akira Toriyama and Funimation own it.

Amazing mod. I mean, I am technically a developer for it, so I'm biased, but still, amazing mod. I still don't understand how he's done so much with Mcreator. Anyway, great mod, y'all should play. Mod of the week for sure.