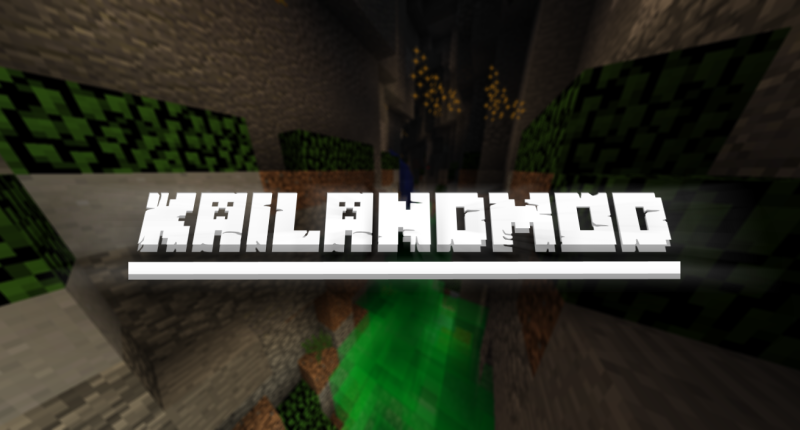 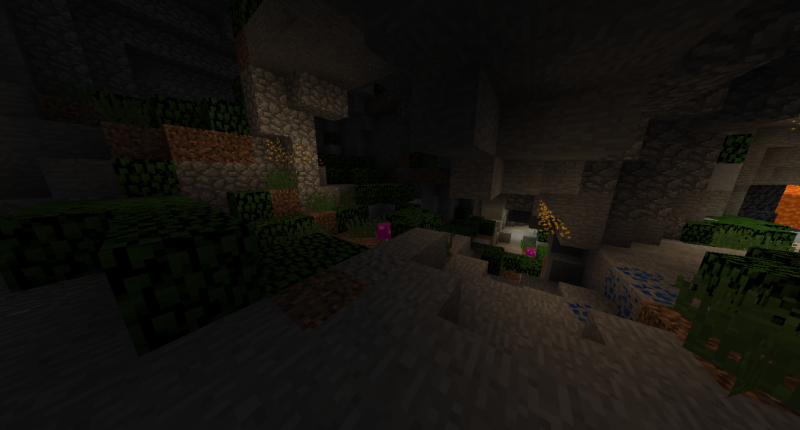 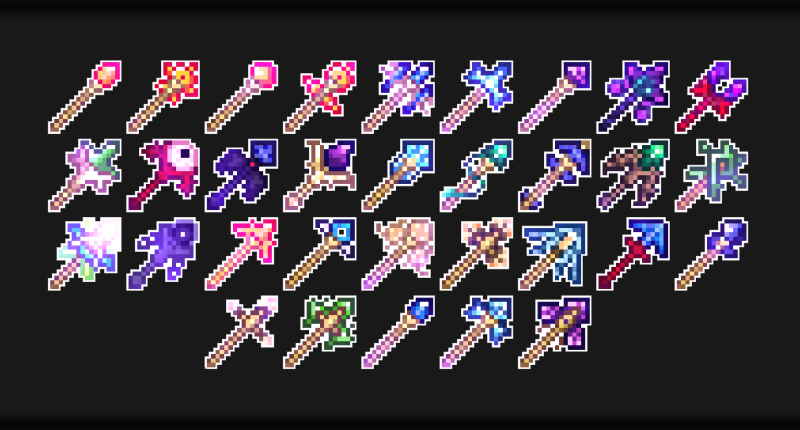 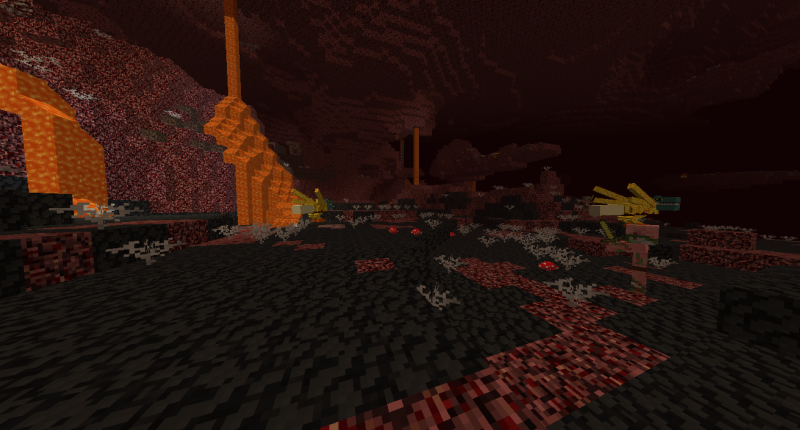 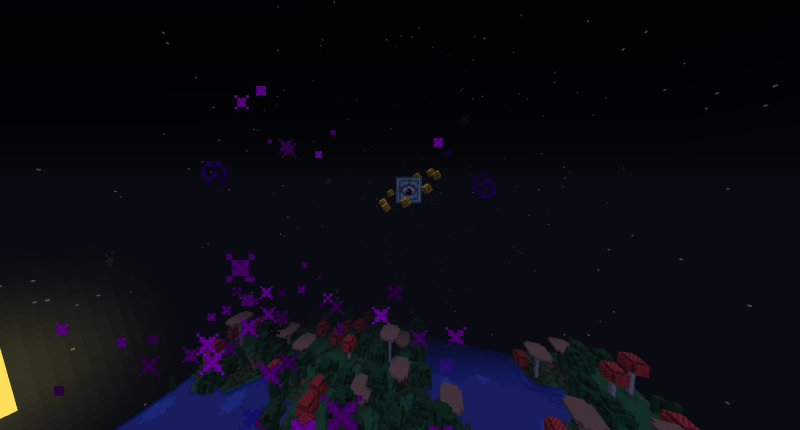 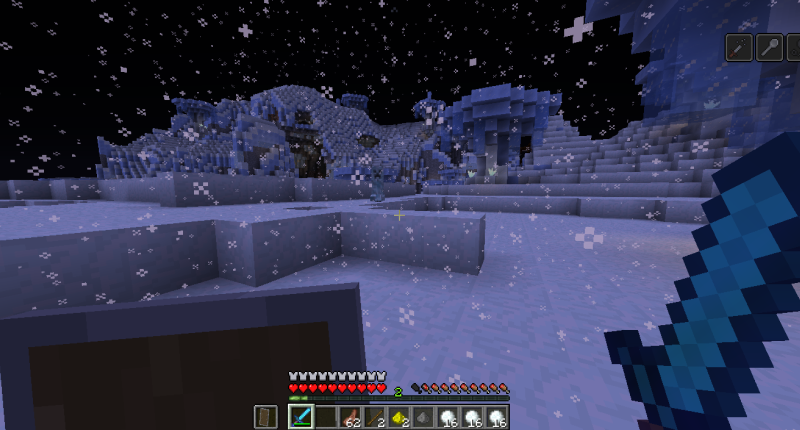 ​
KailandMod improves all the aspects of the game, introducing new bosses, creatures, cave biomes, minerals, mechanics, changes to dimensions, and much more.

You can unlock all the content using the command /unlockall

- Added the ability to do a dash 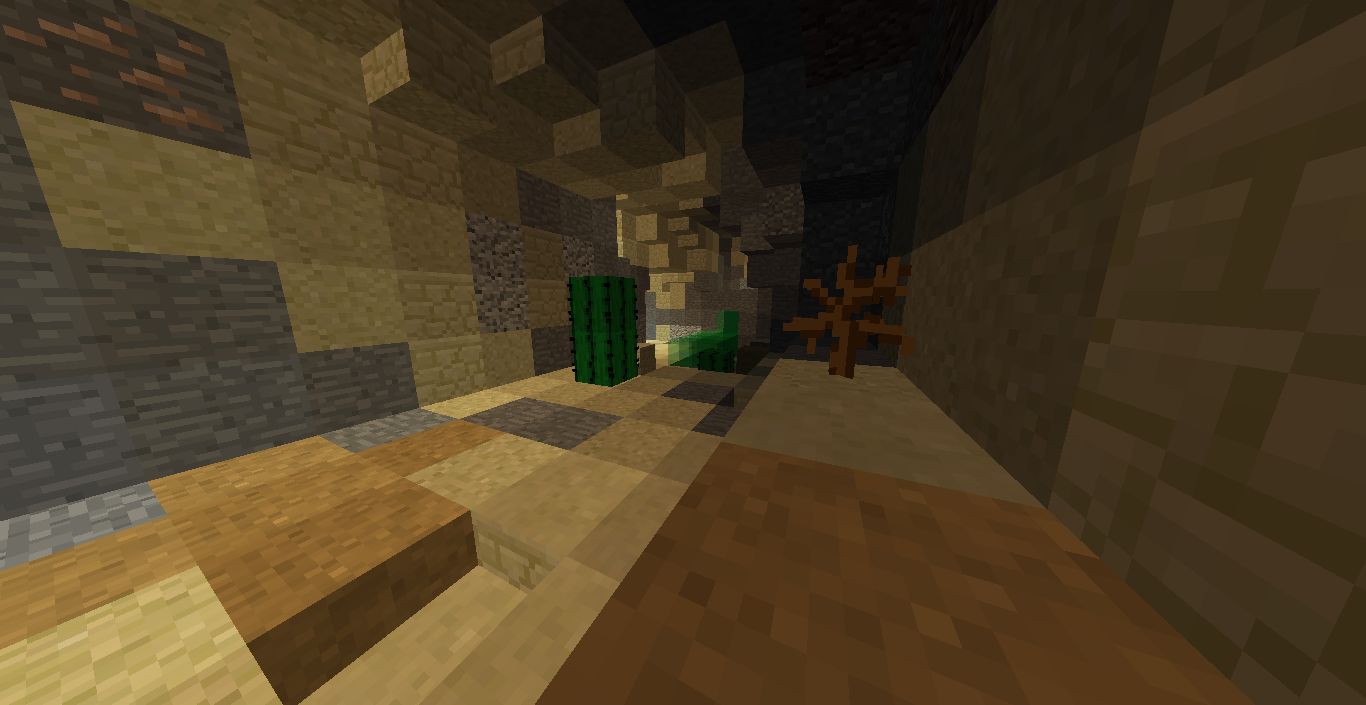 In the Desert Caves you can see walls of sandstone and hardened sand, as well as two new minerals (Sunstone and Moonstone) that appear depending on whether it is day or night. In addition, these caves are very dangerous, since you can find tnt traps, quicksand and cactuses that will make exploration more difficult. 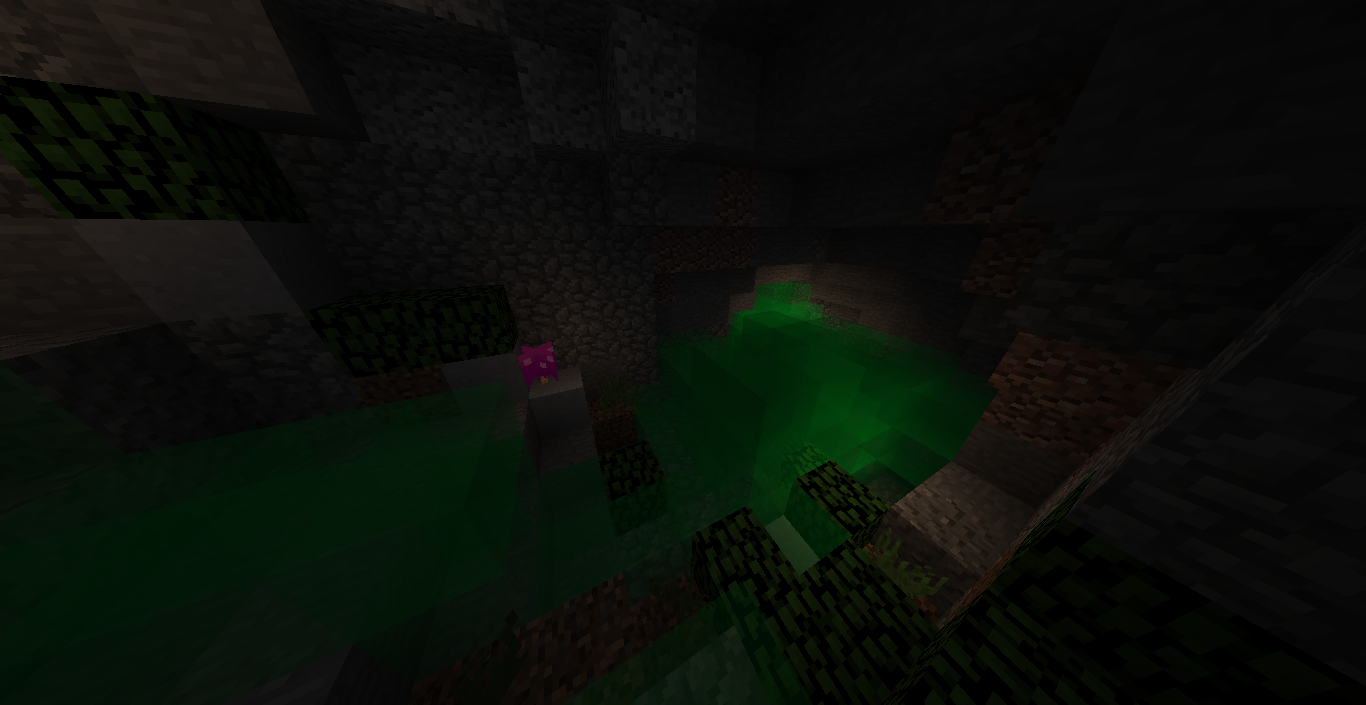 In the Corroded Caves you can find an abundant amount of leaves, clay, earth, and poisonous fungi (spushrooms). In the lower layers of the underground biome, we can encounter with large rivers of heavy gas, which corrode the player's armor, and that upon contact with a little of fire will generate a deadly explosion. This gas can be found in all caves but in a reduced way. 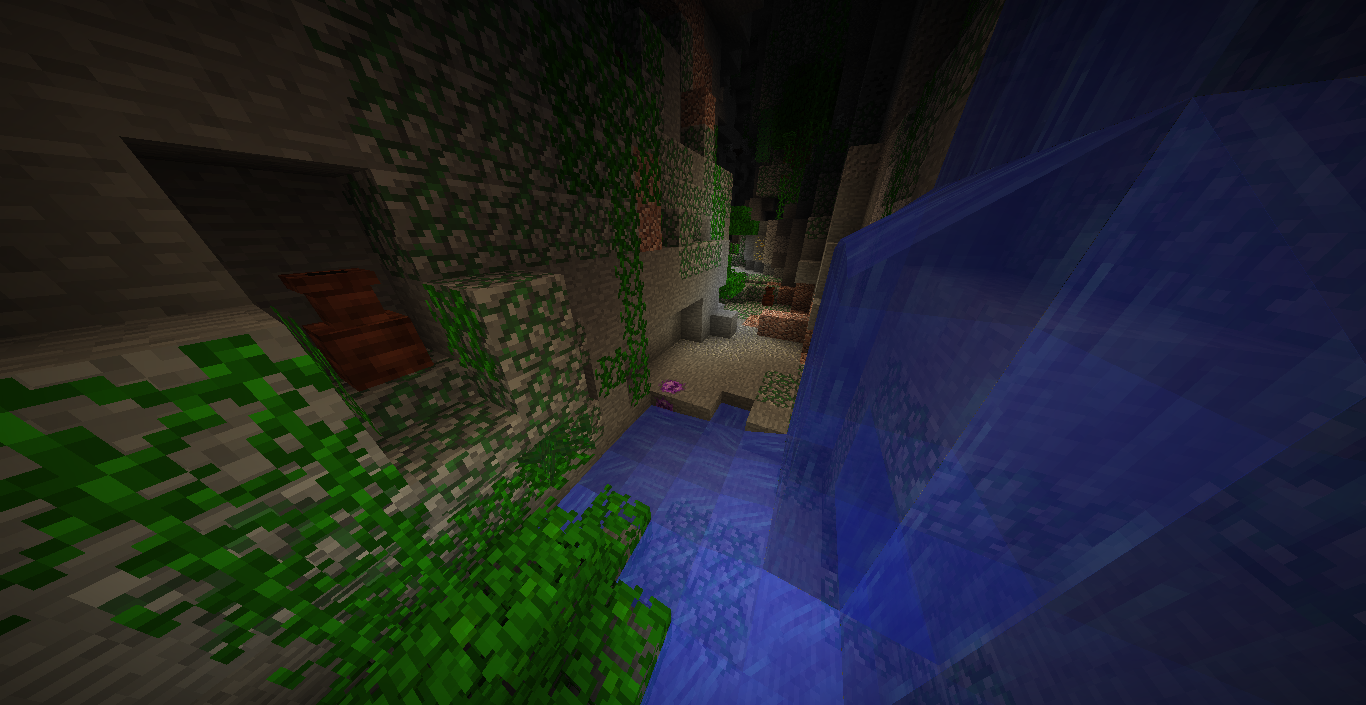 In the Jungle Caves you can see abundant amounts of vegetation (leaves, trees, mossy stone, and vines). In addition, you can find ancient vessels, which still have treasures inside. 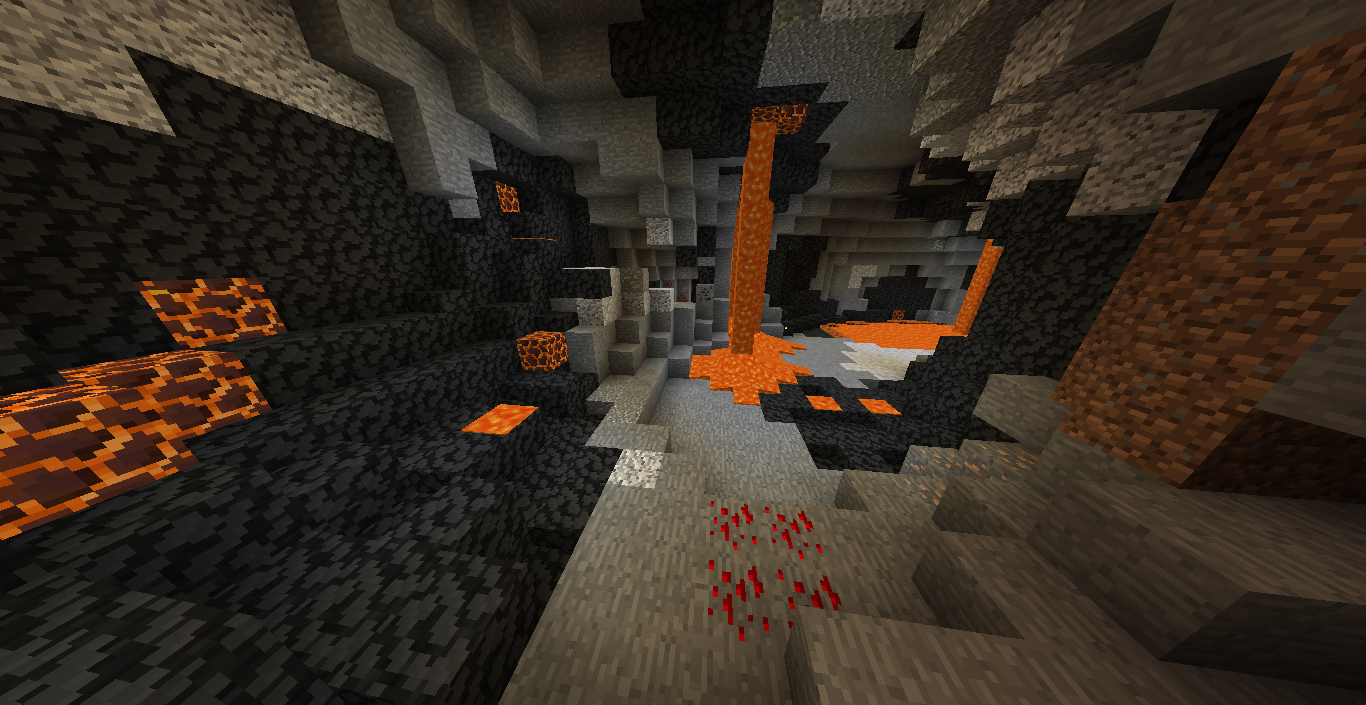 In these extreme lava caves called Volcanic Caves, we can encounter volcanic stone, magma blocks, and exorbitant amounts of lava. Once the Terra armor is defeated, a new mineral called Rubidium will appear in these caves. 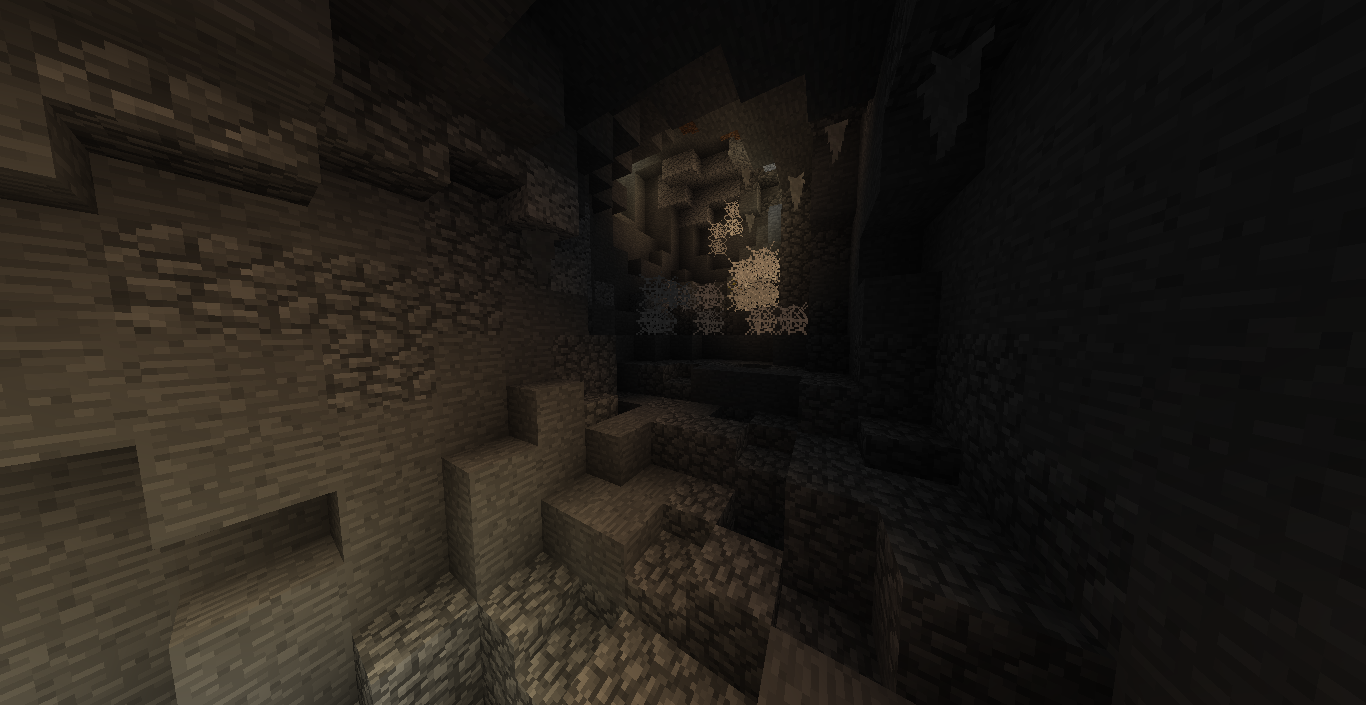 In the Spider Caves you can come upon cave spider spawners, cobwebs, silverfish nests, and stalactites that inflict a lot of contact damage. The spawn rate of emeralds is increased a bit. 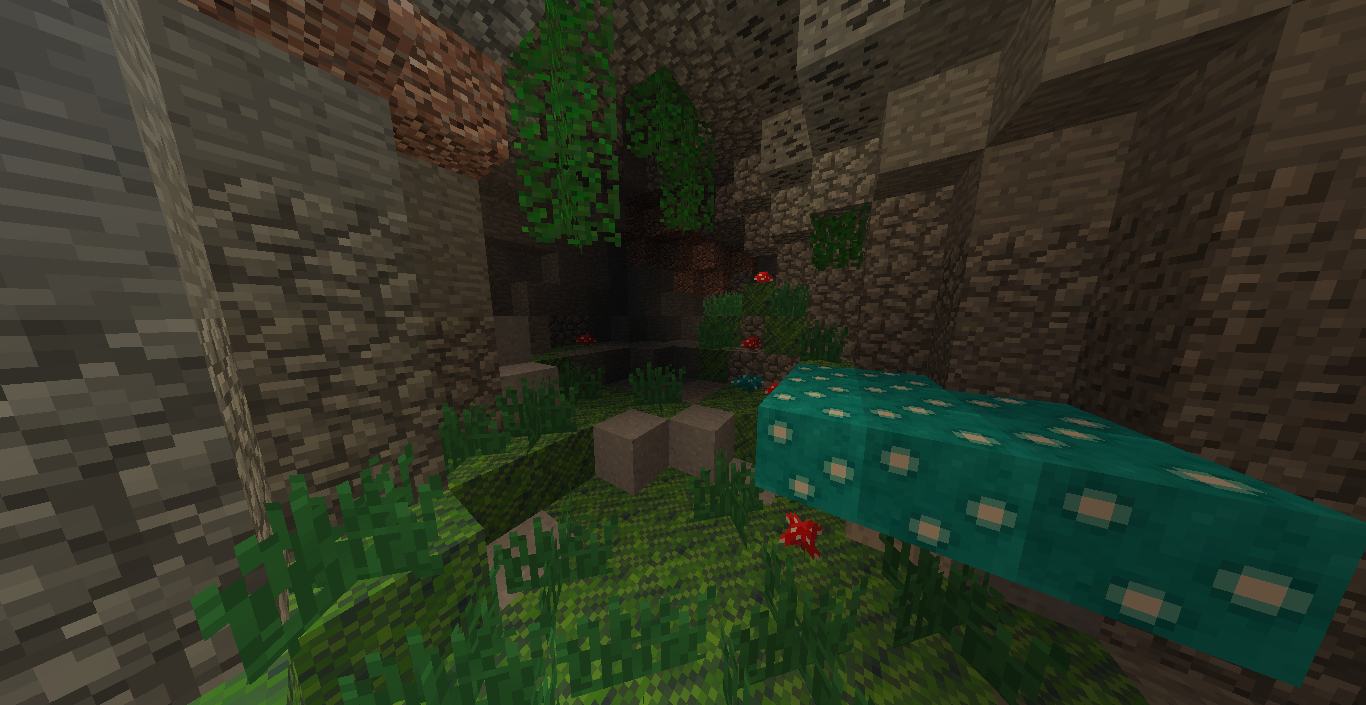 The Fungi Cave is a cave where we can find a new type of fungus called jumpshroom with which we can jump very high, we can also find moss blocks, red mushrooms, and hanging plants. 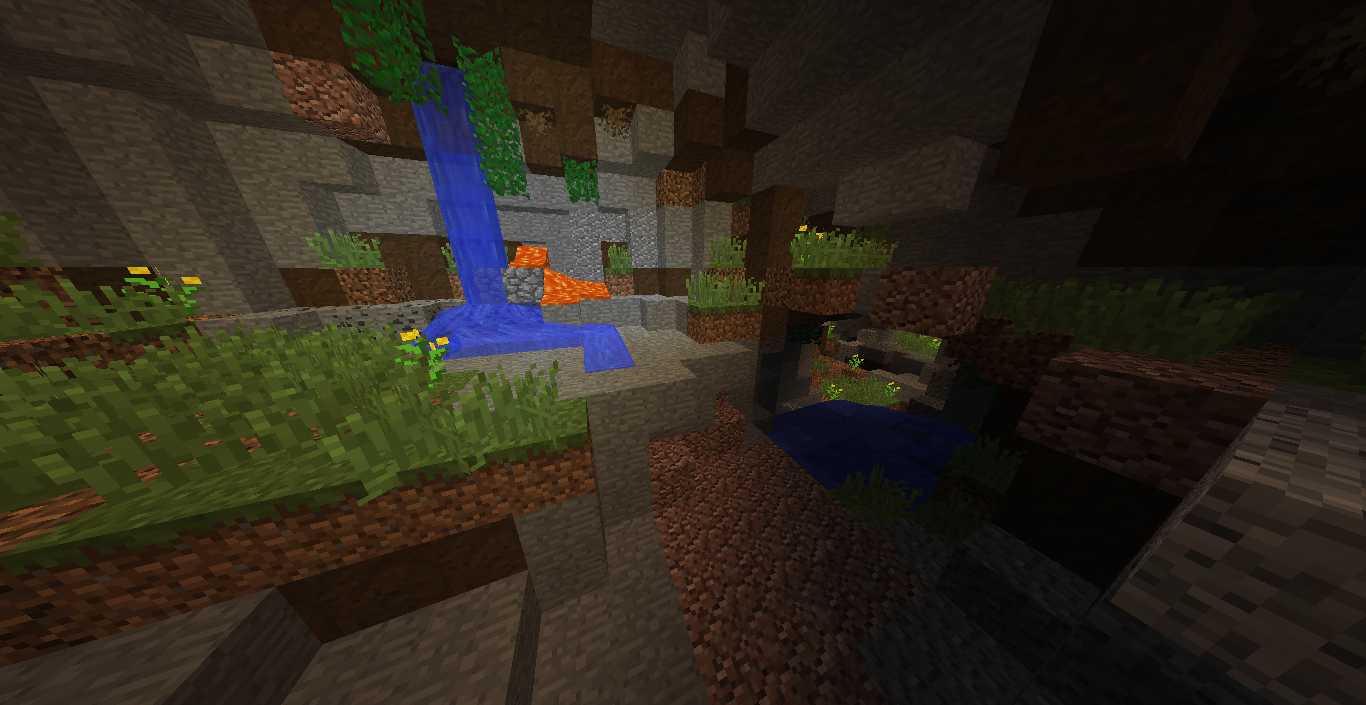 The Glowing Caves are the quietest due to the presence of a new plant, the Irisa, which light up the place, reducing the monster spawn rate. 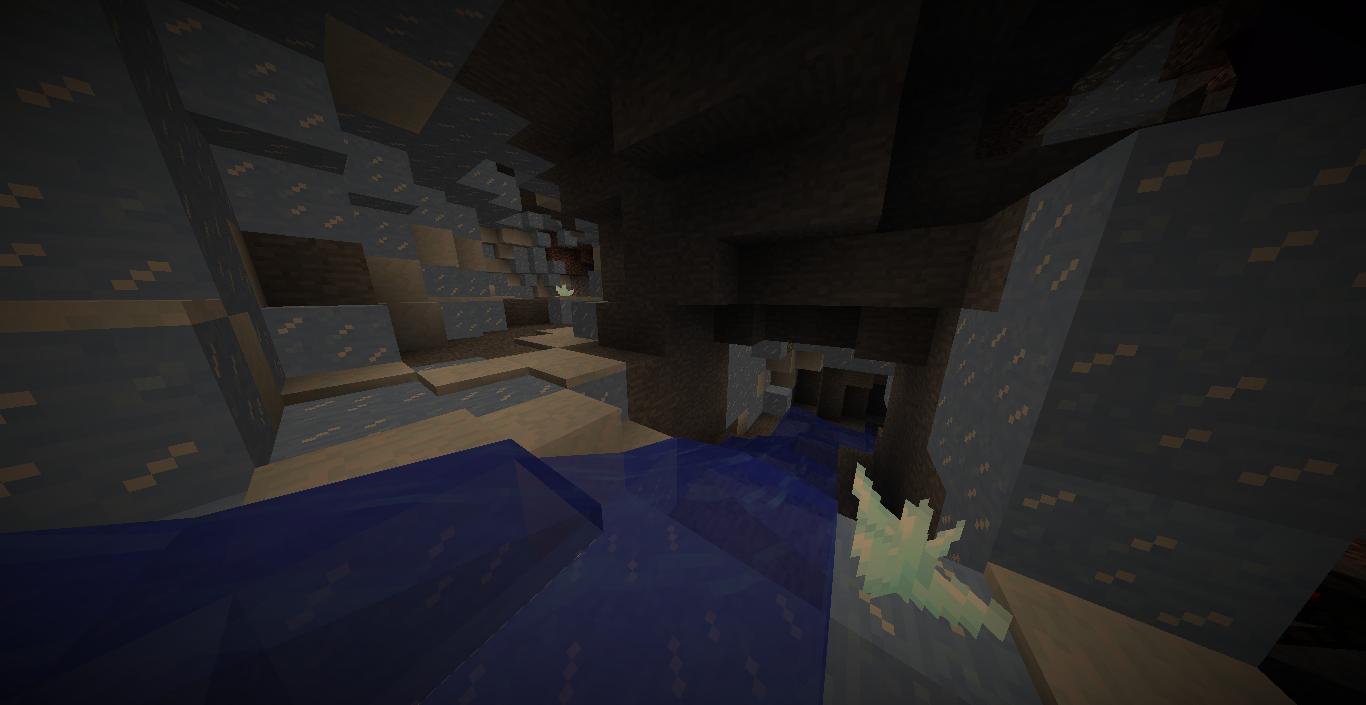 Here, in the Frozen Caves you can find slippery stone, snow, and ice crystals, which when broken with diamond hoes or higher, have the possibility of drop magic ice. 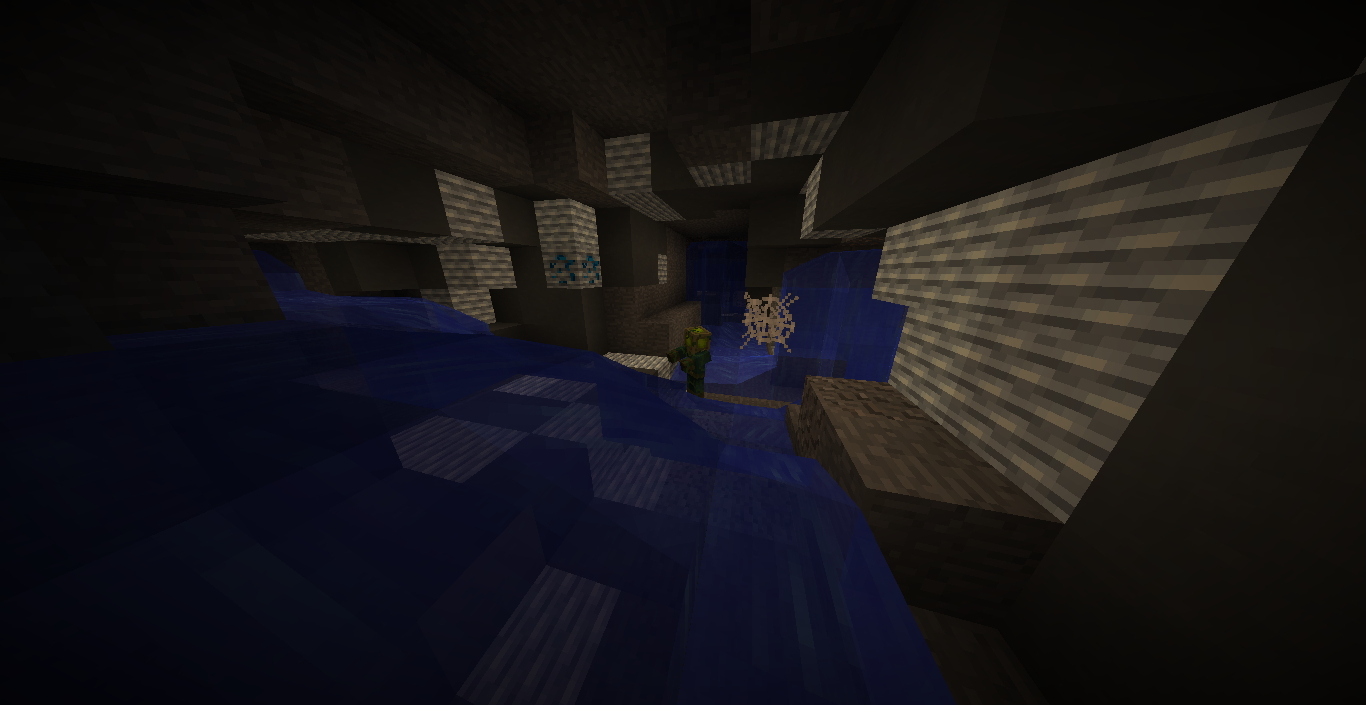 Filled with water, hardened clay and seastone, the Ocean Caves are usually a challenge, in them you can find one of the new minerals, sapphire.

The magic in this mod comes in 6 types and they are the following ones: 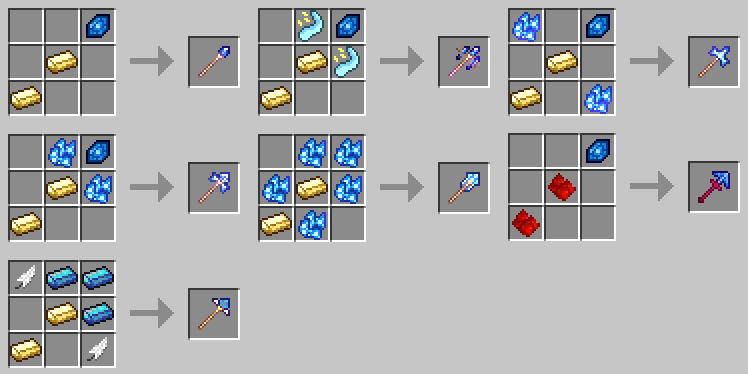 These staffs are related to the weather, they come in 3 subclasses, ice, electro, air, and water

This category of wands is related to combustion, generating explosion and fire effects

Wands of this type are related to nature, produce effects of poisoning, corrosion, and health regeneration.

Magic of this type is capable of summoning monsters that help you in combat, and generating explosions of darkness

Levitation, suffocation, and teleportation effects, this type of magic is perfect for controlling enemies

These wands are related to rock, time control, raw damage, and defense.

Most wands produce effects such as freezing, ignition, electric shock, corrosive, and humidus. These effects can be mixed to boost or generate other effects.

Electric shock + humidus = is the result of plugging a toaster into the water, it does 2 damage for every second that both effects last, In addition, a lightning could fall on the enemy that lengthens the effect

Electric shock + corrosive = When these two effects are affecting an entity, it will produce a zone of poison that will affect everyone around it (including you)

Humidus + ignition = try to set fire to something wet, it is impossible, having the humidus effect will give you immunity to ignition.

Zeta staff is a special wand, unlockable after defeating The Pacifist, when crafted it acquires a random spell from a list of eight that combine various elements. Has a 25% chance to explode when is crafted.

You can find more information about the mod at https://www.curseforge.com/minecraft/mc-mods/kailandmod however much of the information is not update yet, so there is crafting or items that have been changed or removed. Please be patient.

- Wither skeletons now have a chance to spawn with a bow

- Added descriptions to some items

I'm amazed how noone commented that mod, while it's looking like it has amazing potential o.o I remember looking at it once it dropped here, but didn't comment, and it's so weird noone did that since then!
Anyway, I could have proposal for dev - I would feel honoured making KailandMod compatibile with my mod :3 it's kinda simple, won't cost you much time I think, and it would give you some promotion, since I will show this mod on my CurseForge/MCreator sites! ^^

Hello Toma400 thank you!!! I don't know how our mods could be related.

My mod has block that kills any hostile, non-boss creatures, and I think it would be cool to add your mobs to its list ^^ it's done by simple adding NBT tag "avoider_killable" set to "true" value, once the mob spawns/turns into hostile one, so my mod can recognise it

Okay I'll introduce it in the next version ;)

Nice! If you would like to send me list of mobs using that, I will be able to write them in wiki ^^ (you can message me via Discord or e-mail, just in case you need)

Oh, that's unfortunate :<
But thanks for sending me these, I will write wiki and change mod's page in seconds :D man, I'm so happy, first compatibile 1.12 mod, and it's mod of great quality! ^^
Everything works by the way, just checked!

This looks great. Having some "Origin Realms" Vibes from this!

If you know what I mean.(if you don't, try searching it)

Thanks! i take some inspiration from the SystemZee videos lol