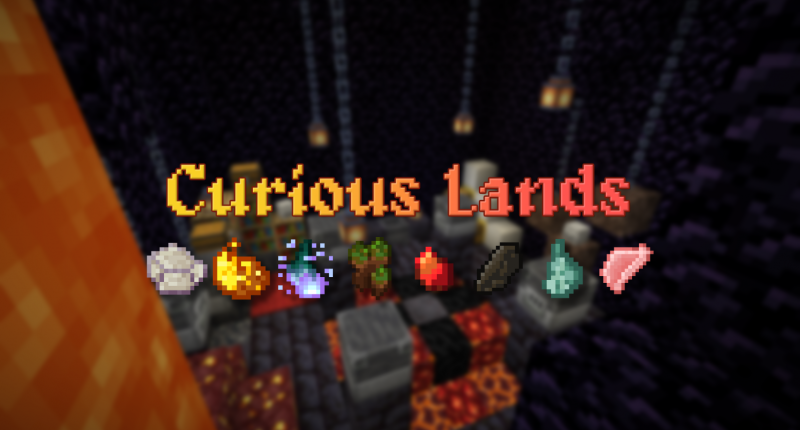 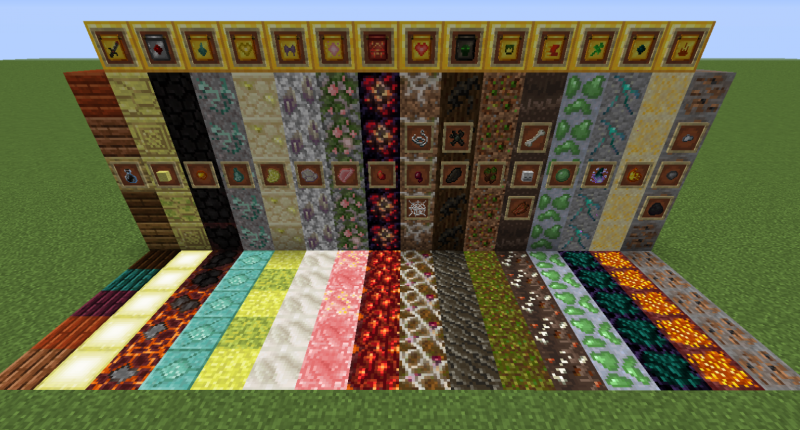 All the blocks and items from Curious Lands 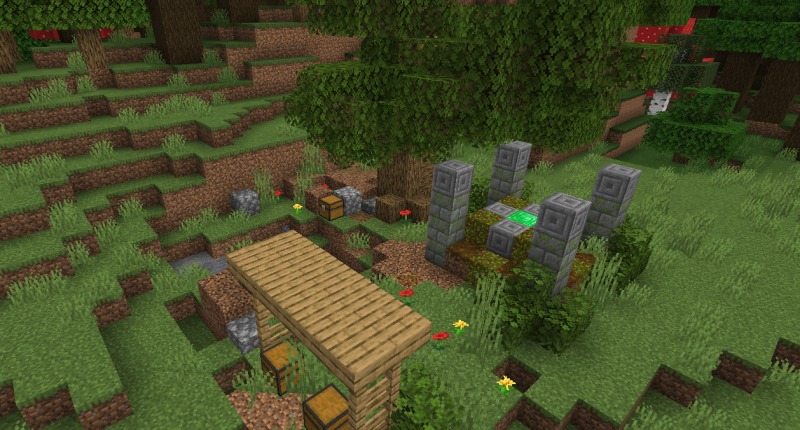 An Earth Shrine in the wild 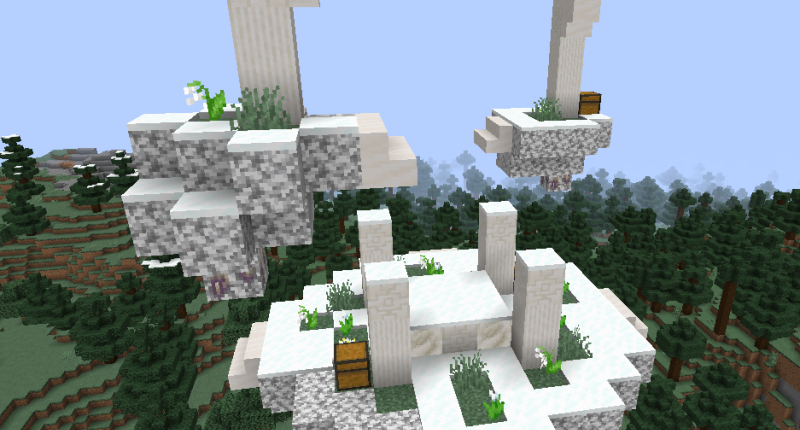 An Air Shrine in the wild 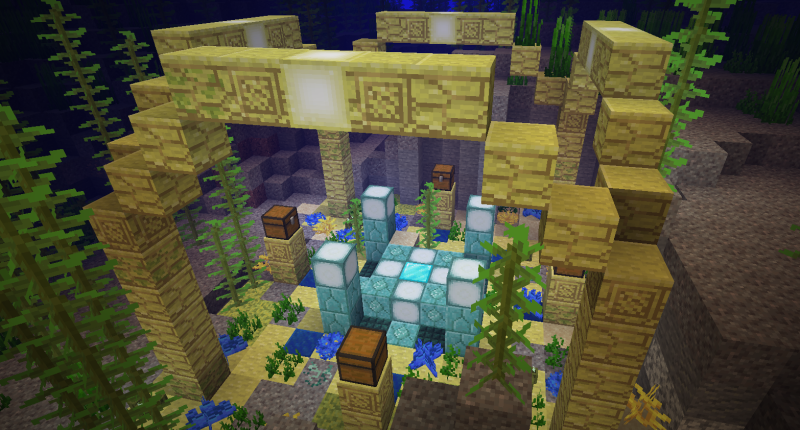 A Water Shrine in the wild 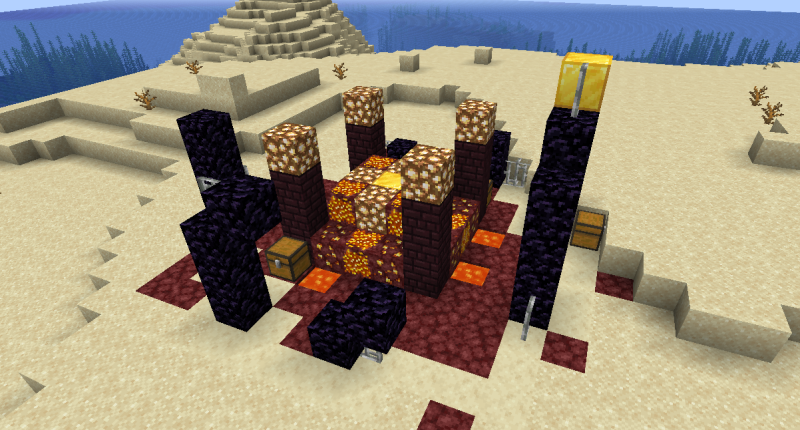 A Fire Shrine in the wild

The mod adds many curious things to find and discover and is focused more on block interactions than crafting recipes. For example, to get blaze rods you'll need to submerge yourself in lava while holding certain items. 61 Advancements guide your path as you uncover the many block interactions and curiosities but spoilers are below if you want to know something specific.

Ores and Blocks that Drop Stuff

There are five rare shrines that can be found out in the world. Or, you can just build them if you know how. Right clicking the center block of a shrine with a matching scroll type will unseal its full potential (giving you like 26 minutes of potion effects or quad-smelting ores)

This might not contain all the block interactions but it's all the major ones.

I think that's pretty much everything!

This mod was made pretty specifically for me and my tastes, but hopefully some other peaceful-mode players will enjoy it too!

I love the shrines! Super cool

Thank you!! I'm glad you like the textures, I spent a lot of time making sure they would mesh well with vanilla blocks.

Definitely worth it, this mod is already in my MCreator's top10 in terms of texturing it seems :D I'm yet to play it, but I love the idea of peacefully obtaining resources.
If I could suggest something, it could be that these ores/blocks giving you peacefully resources could be generated in some weird way (just like cobblestone/basalt in vanilla), of course it could be respectively more difficult. I know not many people use that, but I'd love to see possibility to build farms/have potentially infinite amount of these blocks.
And if my idea of creating YouTube videos on modded farming succeed, I can also cover all farms I will create with this mod :D

It's definitely something I'll think about! Right now the closest thing I can think about is turning Magma into Igneous Rock by filling it with Cobble then putting a piece of Charcoal into the Igneous Rock to make Gunpowder. I'm pretty sure, although I'm not a Create expert, it can be automated using Create. On one side a Cobblestone generator conveyed into an Automatic Crafter to turn it into Cobble and then sent to a Deployer to put it into the Magma and then on the other side a Tree Farm which makes Charcoal which then uses a Deployer to place it into the Igneous Rock.

But I'd be down to look into ways to make the base four ores (Unda, Ingis, Liro, and Aer) somehow renewable with a block interaction set up similar to Basalt. If anything it'd make for a nice end-game type goal!

Thalmirabite Deposits, Grave Soil, and Webbed Podzol are all now farmable! Thanks for the suggestion!

Oh, awesome. Thanks for letting me know! I feel like Curious Lands will be MOTW soon :D (I will vote myself for it next week, haha)

SUPER COOL MOD! I really like the textures of the ores and blocks, looks exactly like vanilla minecraft!

Thank you!! I spent a lot of time studying the vanilla textures!

Thank you! I can't wait to mess around some more in MCreator!