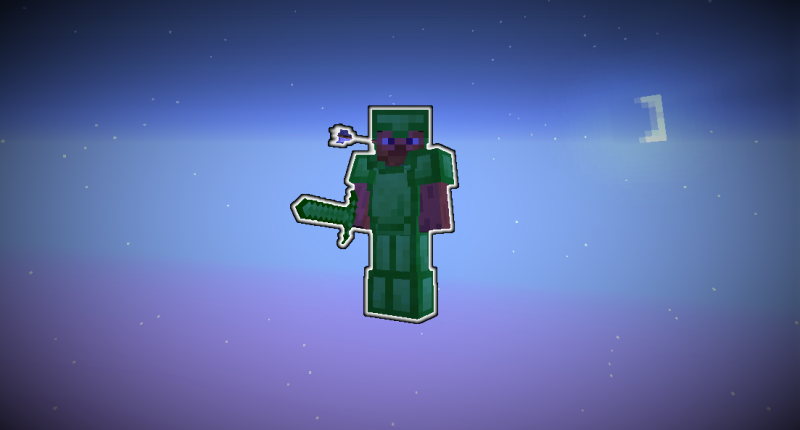 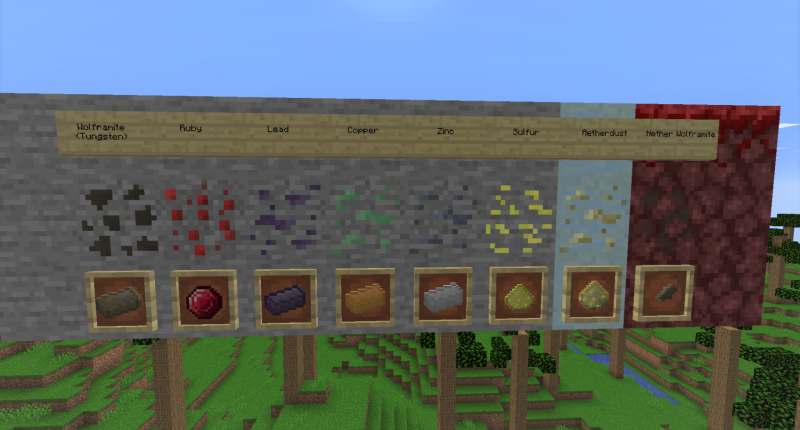 the ores so far

just a few of the mobs 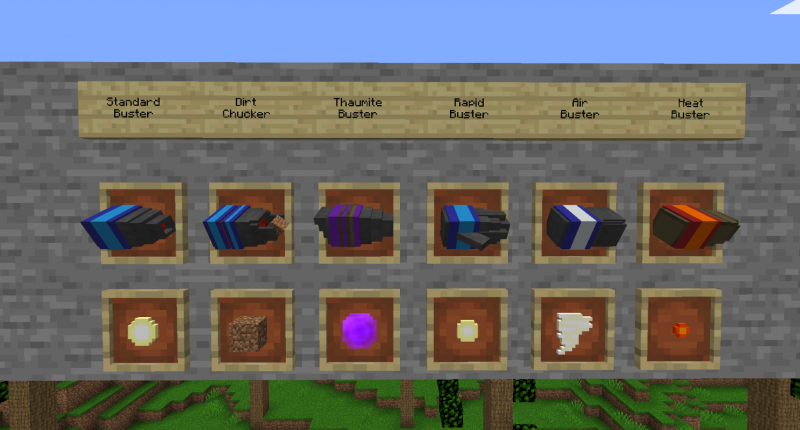 Well I said I would make this mod a reality, and jeez did it take some time but I actually did it, I followed through and kept my word despite the fact that I said I'd do it by 2020 (and this is also the last time that year will be mentioned). And this was even before the whole plague-which-shall-not-be-mentioned broke out.

But alas I neither can't nor won't say that whole ...ordeal... was the reason why I took so long. I mean sure it was a major setback not only for me but for the entire planet, but hey, it's not like I do this in an office or anything (I have worked and continue to work on this project from the comfort of my gamer chair at home), so I definitely will take blame for forgetting that this thing even existed working a little more on this project than usual. But as Papa Nintendo himself once said,

OK maybe you still might not know what I was just talking about, even after soaking up all that information via osmosis. So basically, a little while ago back in 2019 (a little over two years as of writing this), I said something like "Y'know what I'll just settle down and try to take my time with mod making instead of rushing myself for a product". And guess what? That's pretty much what I did. So yeah, a promise is a promise, I present to you the Loot 'n' Booty mod, or just LNB for short. Fell free to take a gander:

[ * ] This mod is kind of a somewhat unique mod, in the context of what I already made that is. It takes inspiration from my previous creations (most notably Dead-Craft and TMA), a lot of those pretty much fell short of my grand idea. Thus, you might see some things that carried over. For example, one of the materials this mod includes is Bluesteel, which actually started as a recreation of Cobalt from Dead-Craft. Another cool thing is the set of electronic parts like powercells and wires, which are (you guessed it) taken from TMA. There's a lot of unrelated things in this mod, but overall LNB just boils down to materials and equipment. There are a lot of neat things in here, and to really enjoy it all you just need to see it for yourself. I really think that those two years were really worth it, and I went through a lot of versions to perfect the idea. In fact, this version I'm posting is called Redux, and it's the most recent development. The others? well, if anybody really wants me to I could start work on those again and post them as separate mods maybe. otherwise I honestly have no intention to finish them.

Anyways, here is some notable stuff, in no particular order:

I guess that about does it for the description. but really, this stuff is only a few of the things you could find if you're actually in-game. I mean I could just document everything, but I really just don't feel like describing every single thing here. this project is huge, you could get lost in all this stuff like a kid in a soft play area, that is if this project was a soft play area.

'nuff said. but hey, thanks for taking time out of your day to read all the way to the bottom if that means anything.