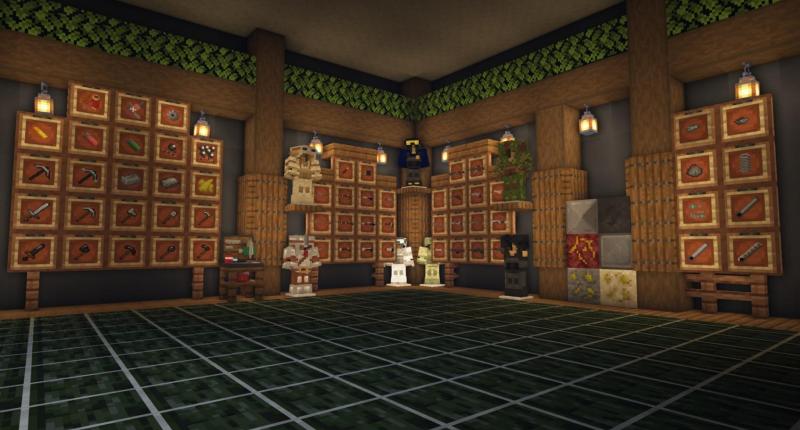 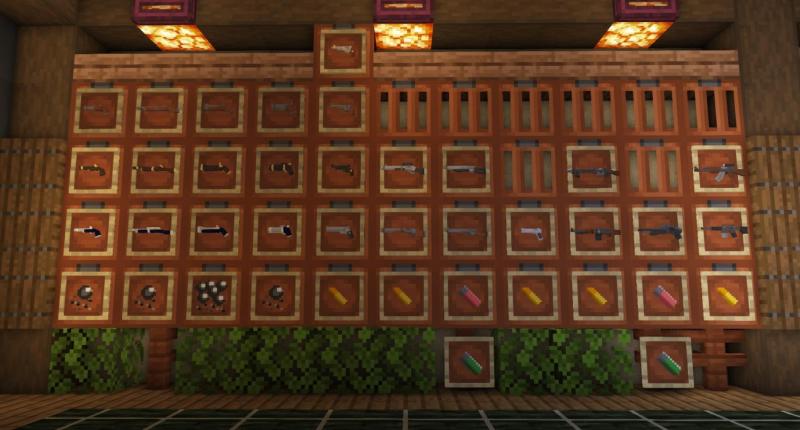 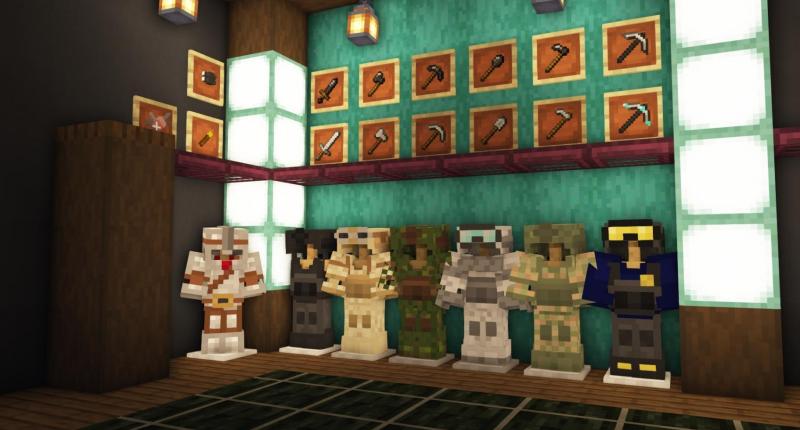 armor and tools! with all variants (outdated) 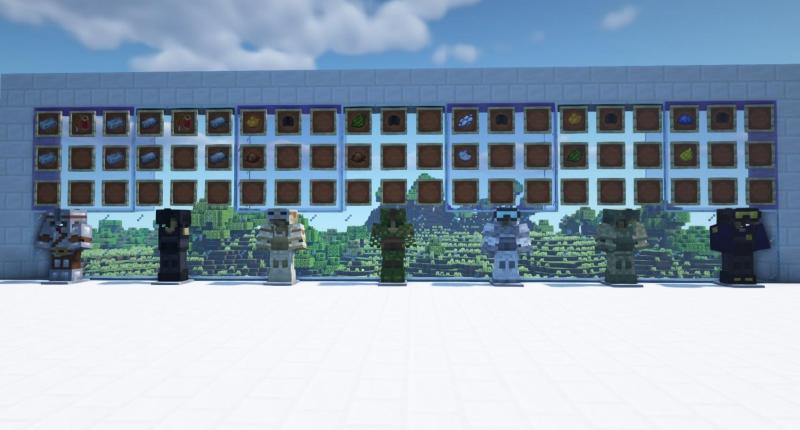 Please use /refreshgun on each of your weapons and carbon armor after updating, to allow them to update their NBT data

Welcome to Fry's Things. The main goal of this mod is to add vanilla-style, balanced guns. (AND THEY ARE 3D!!!). It also adds a few other things, and much more is to come. 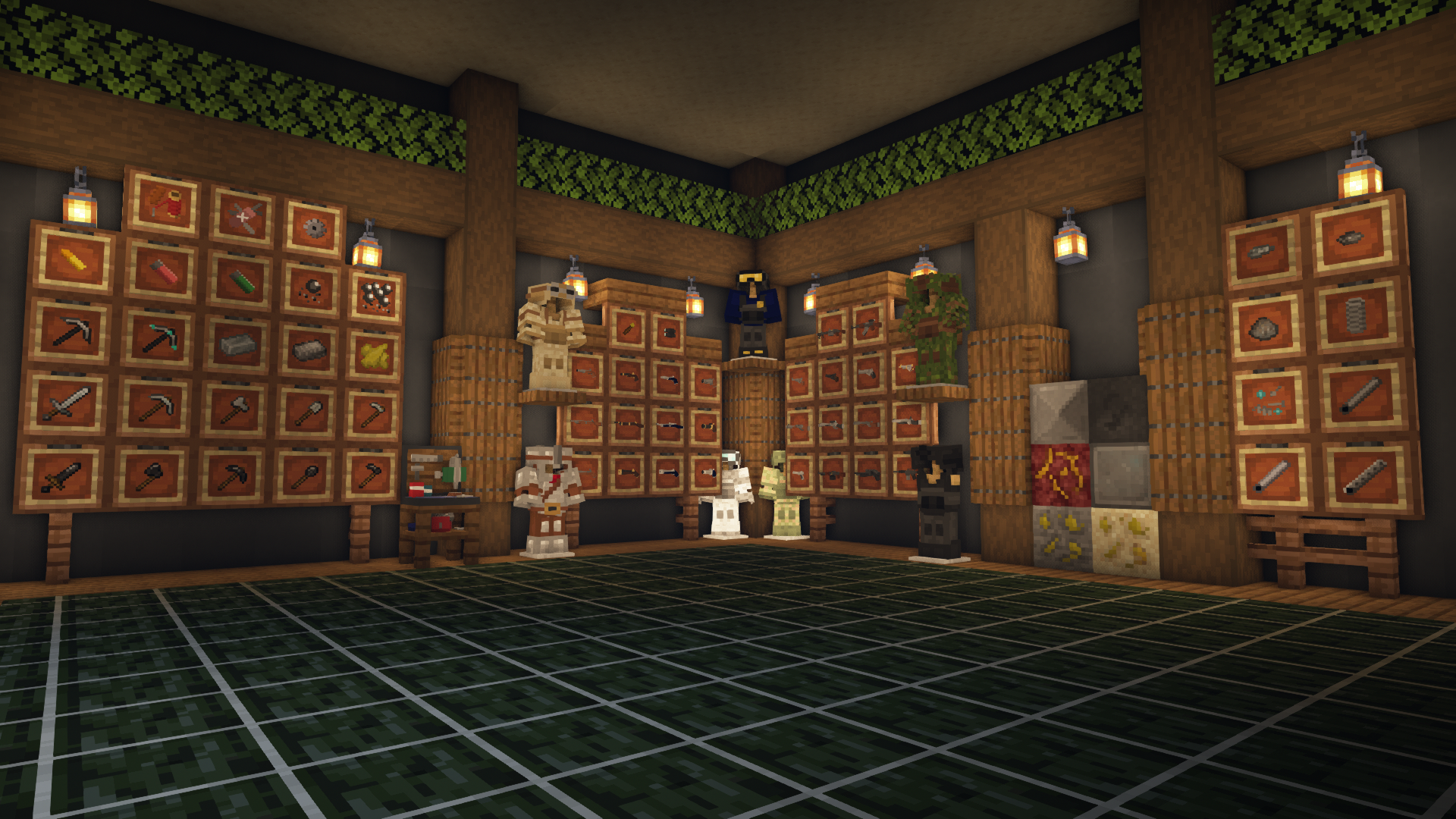 The guns are simple: you craft them and ammo at a new bock called the gunsmith table. You reload the gun (default key R) to put ammo in it, and they have durability. You can Right-click to scope in! It's toggle to zoom. There are three tiers of gun noted by the color of their name in the inventory (iron [yellow], steel [cyan], and carbon steel [magenta]), and all steel or lower guns can be upgraded into higher tiers.

You get started by creating the Gunsmith Table, which you can use to craft all your gun components, guns, ammo, and more! Heres the recipe:

Some of my favorite guns:

- Heavy pistol (This one is basically a super powerful desert eagle.)

- Sniper rifle (A long rifle with a lot of zoom)

There are a total of around 30 guns in this mod. Yet, it doesn't feel like too much.

Default reload key is R. You can switch between ammo types for the shotguns by pressing X by default.

You can also upgrade guns (see recipes below).

You can repair guns as well, simply by crafting a repair bench (in the gunsmith table) and putting the gun in, and any part used to originally craft it!

In addition to guns, there are also ores, blocks, tools, and certain other small additions.

I thought that gunpowder was difficult to get for this mod. Crafting ammo would be very expensive without another way to craft it. So: I added Sulfur.

You can find Sulfur anywhere underground in stone. It can also be found in the sand in deserts, and in the Nether.

Crafting a bone meal, a sulfur, and a coal or charcoal will create one gunpowder. You can also use sulfur to make matches for lighting fires.

There are also flint tools, and steel tools and armor. As well as a carbon-steel pickaxe, and diamond-tipped variant.

Recipes, credits, and etc are on the curseforge page: https://www.curseforge.com/minecraft/mc-mods/frys-things-guns-and-more

That means a lot to me!

How'd you do the animations (as in, when you hold the gun, in third person your character is hold it out)?

no, actually. I created an interface that all guns inherit from that has some code that takes the crossbow animation (or bow depending on if there's something in your offhand) it took some Java wizardry lol

Okay, thanks! That was good to know.

Thank you so much

Congrats on getting MOTW! 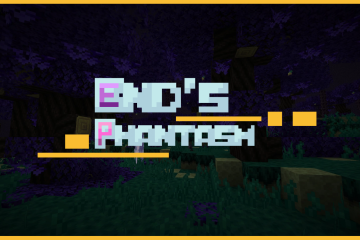