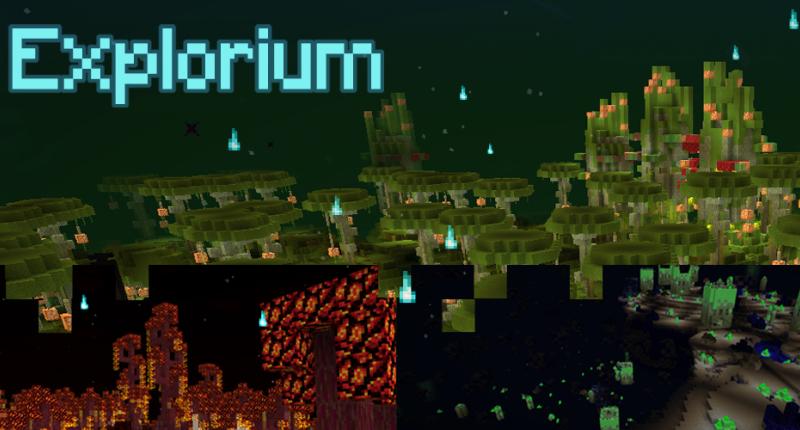 The Elderwood Forest is very dangerous! There are lava lakes, hoglins and even magma cubes! You may even find an elderfoot or an everbloom elderflower!

This wasteland is infected with mushrooms and covered with slime. It is quite hard to get around, so you should bring some building blocks along!

The Ruined City hangs above the void, and one slip can send you hurtling down to your doom, so you should be very careful.

The Magmaling is from my other mod (orecraft) and is easy to fight. An iron sword should be enough! This mob spawns in the Elderwood Forest.

Everbloom Elderflowers are hard to fight. Although they cannot move, they can shoot high-speed projectiles. This mob spawns in the Elderwood Forest.

The Funganoid Crawler is a ferocious and fast monster! it will easily kill you if you are not careful. This mob spawns in the infected wasteland.

Although the Crystal Bat is slow, it spawns in huge numbers and can easily swarm an unprepared player. This monster spawns in the Ruined City.

The Limestone Scuttler does not spawn naturally, but it can be found spawning from spawners in limestone towers.

This monster spawns in the Ruined City.

Elderfeet spawn in the Elderwood Forest and are fast and hit hard, so you should get some good gear before fighting one. Its drops are flesh, coin fragments, keys(useless), and eyes.

Elden Funganoids are found in arena-like structures in the infected wasteland and spawn with their minions. They will easily swarm you with funganoid crawlers and kill you. The boss drops ghostfungi, death cap mushrooms, normal mushrooms, and eldershrooms which can be used to brew eldritch potions.

The Crystal Golem spawns in the ruined city and is the biggest of all the bosses. It is the hardest one to kill! It drops diamonds, stone, crystalline hearts, sapphire blocks and crystals.

Rifts are summoned by using talismans on altars. Fighting these rifts is no easy task! They constantly spawn enemies from their respective dimensions, and even summon bosses!

Azurite armor is the strongest followed by uranium and then Eldercoal. The armor is crafted like any other armor. Eldercoal is crafted by smelting elderwood logs.

other recipes are unlocked when you enter the different dimensions. 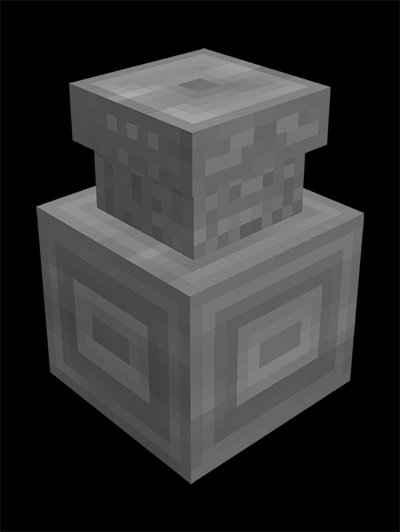 I am done with this mod.

I can't see the pictures

Thanks for the feedback, I I've fixed it!

PLEASE MAKE A 1.16.5 VERSION THIS LOOKS SICK DUDE LIKE IM BEGGING YOU