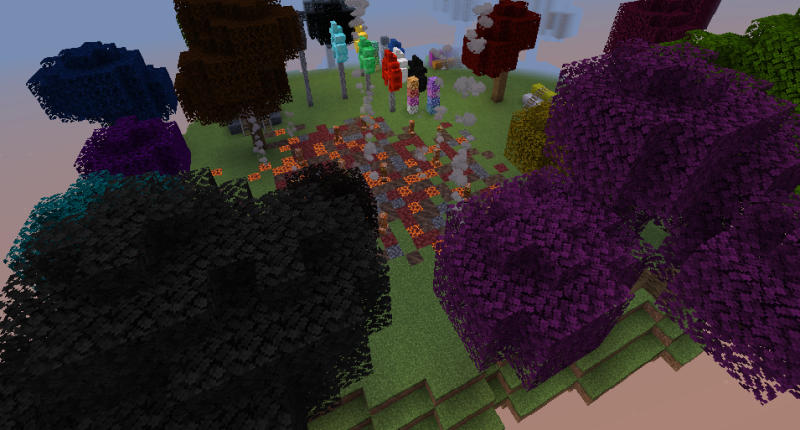 This shows everything in one picture. 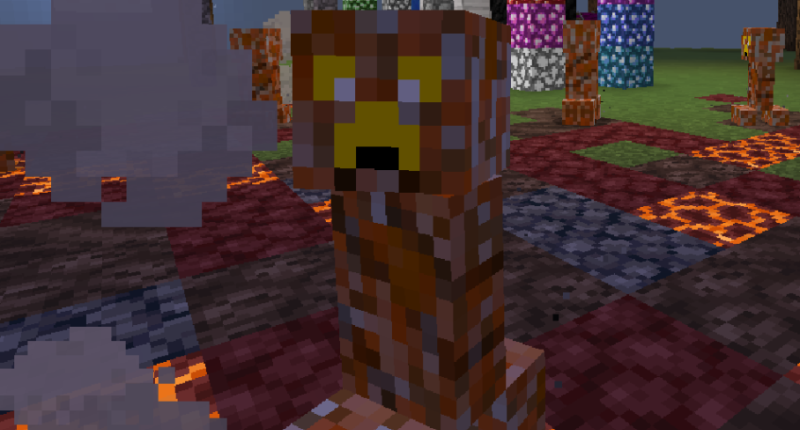 This is a nether creeper. They spawn in the nether. 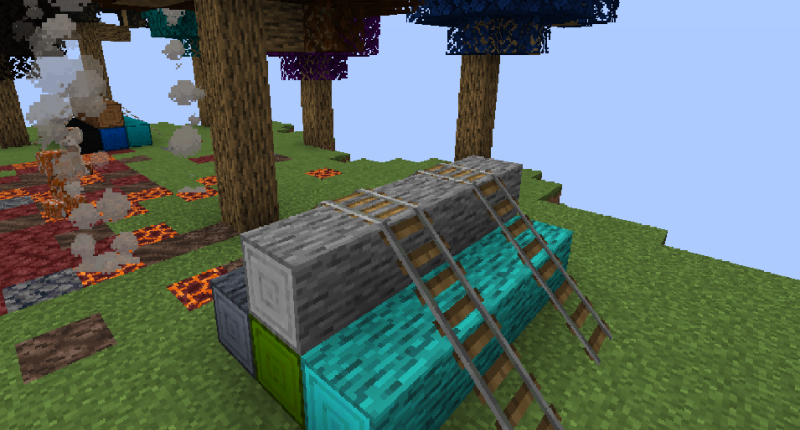 These are dyed logs. 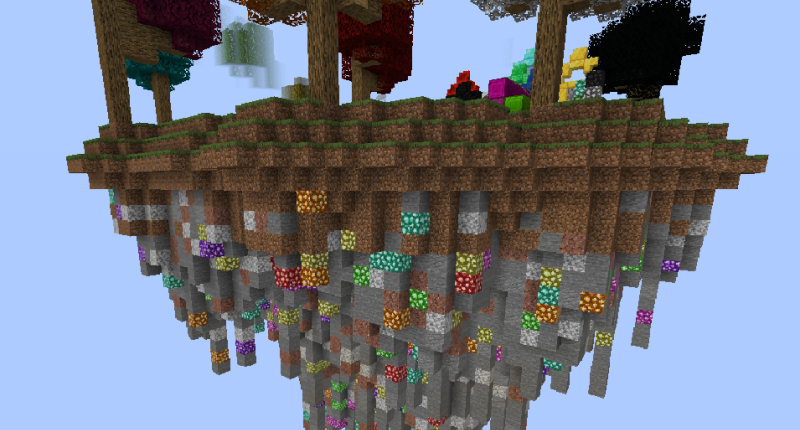 This is showing the dyed glowstone. 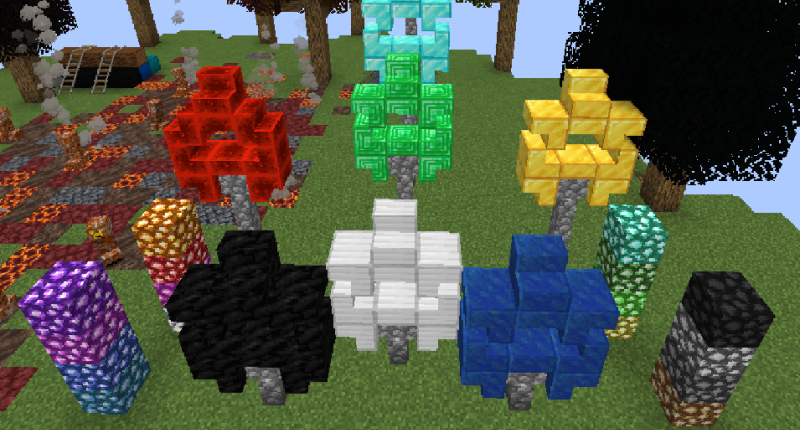 This shows ore blocks as slabs, and stairs. 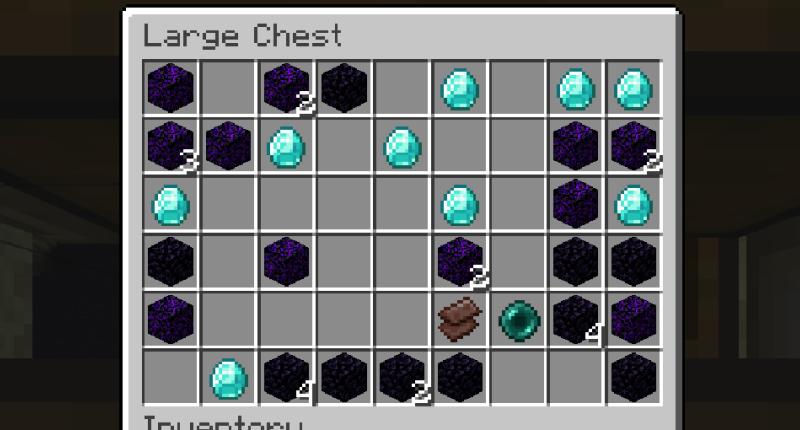 This is loot you maybe can get in a Enderman statue in the end.

Minecraft DLC. This is only a tiny demo of the mod. This will expand Minecraft in a huge way. With new biomes, new dimensions, new everything. This will expand adventure. This will help you expand your imagination with new blocks to be colored. Glowstone, Leaves, and Logs. This mod so far also lets you turn ore blocks into ore. There is also the Enderman statue. Lore is it was built by the Enderman. They'd take blocks and build it on land or terraform an end island into an Enderman. With good lootinside inside the statue.

Some textures in the future may be replaced. If can report bugs if any. Also give me some of your ideas on what to add.

Now what to expect more? There will be more dimensions, more biomes. More ore, armor, and tools. One being soon made is Quadenite. It will be found in the end. It is powerful. The tools will have the same speed as gold maybe even faster, but with durability like Netherite but two times more. There will be more storage blocks like crates and all! More enchanted items like the enchanted bundle soon to be added and the enchanted crate.

I forgot to mention the nether creepers, and for the people who like lore in mods here's the lore on how they were made. They were made from creepers of course but were corrupted by the quadenite ores powers. They were banished to the nether. They started getting use to the place and even changing colors and getting the ability to not burn anymore. They were also faster then normal creepers.

I hope you, the person viewing this mod. Will try it and like it. I've spent a while on it. Only took so long to get this far is due to burn out. I hope to get another update out soon. Now goodbye. Viewer.