The update that grew bigger than we planned - MCreator 2021.1. It adds 1.16.x support, folders, tinted blocks, and much more. Learn more about this update in this article!

As announced in the Minecraft 1.16.x and the future of MCreator, MCreator 2021.1 was planned to be mostly bug fixing update and the update adding Minecraft 1.16.5 support. Well, it turned out a lot more than that was about to happen :D

Probably the most important addition to the most users is support for Minecraft 1.16.5. Now Forge mods, data packs and add-ons can be developed for Minecraft 1.16 using MCreator. Data packs editor now supports adding custom biomes and dimensions too. Existing workspaces can be migrated from older versions with a matter of a few clicks, and MCreator will do all the work for you.

Another very anticipated and largely requested feature we added in this update is support for workspace folders. You can now sort your mod elements in folders and keep your workspaces tidier than ever before. Combined with filters and sorting, now one can organize their workspace just the way they want it.

Another feature we got a lot of requests for is support for tinted blocks. And we added it. For both plants and blocks. You can now specify blocks to tint with grass, water, sky, fog, and water fog colors. Items can have default tint applied too. In spirit of tinted blocks, we added new grass built-in model that has tinted grass overlay texture support the same way as vanilla grass does. Custom JSON models can specify tint index and thus become tinted too. 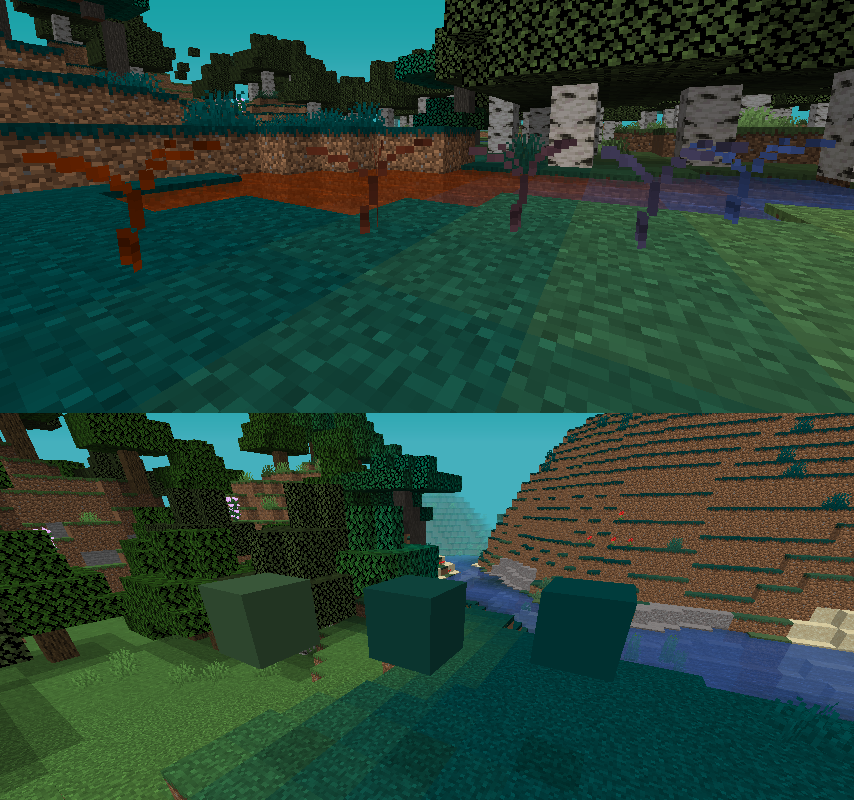 In MCreator 2021.1, you can specify block and plant bounding boxes of any shape. Not just any size of cube, but literally any shape. This is now possible with new bounding box editor that replaces the old inputs for block dimensions. 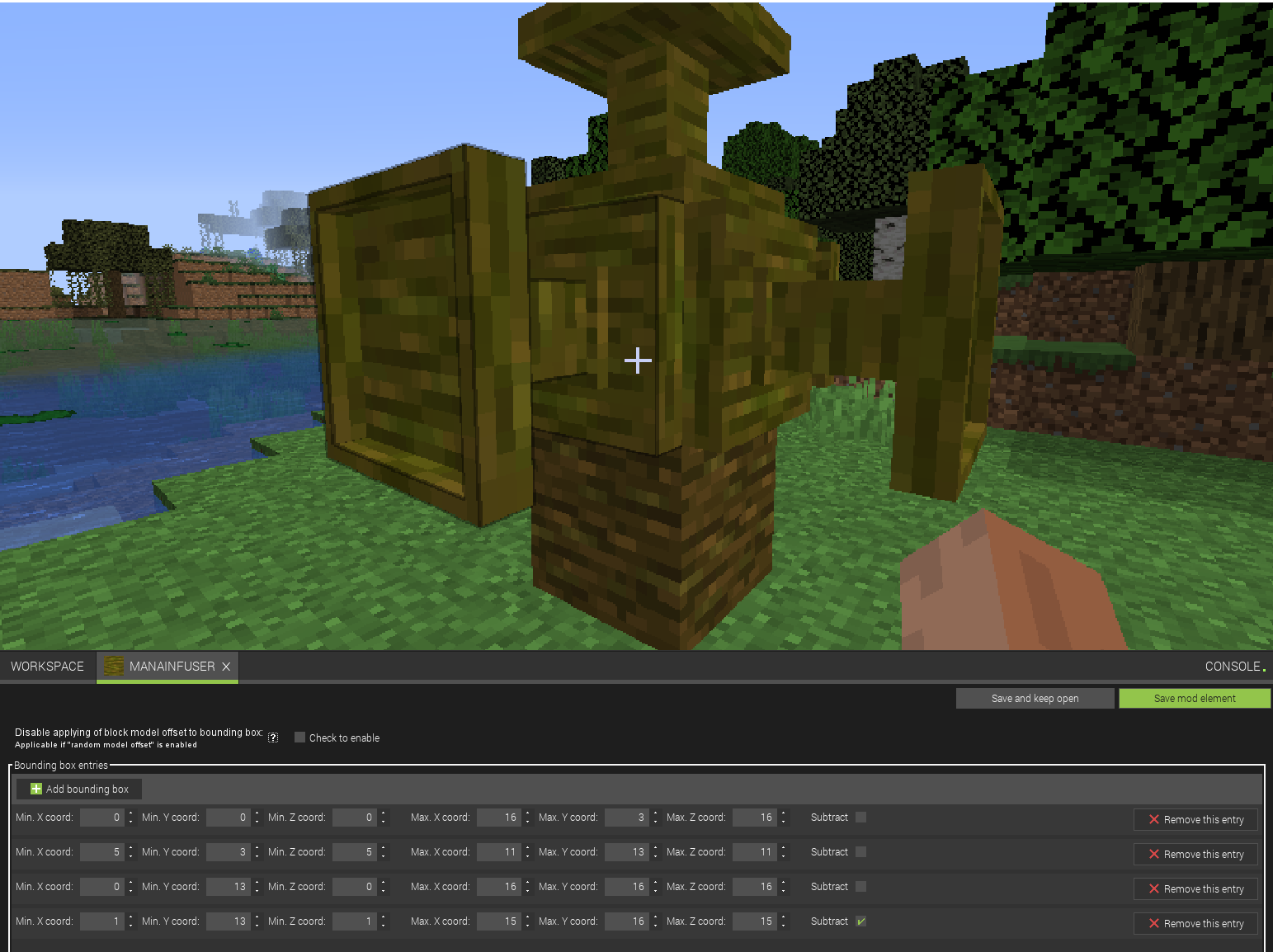 Biomes and dimensions got quite some new features too. Biomes now support ambient particles in Minecraft 1.16.5 as seen in the video below. Additionally, custom biome music and sound effects can be specified.

Custom biomes now support multiple vanilla tree shapes and some additional parameters to control custom trees better. Make sure to tag your biome ground blocks as ground and/or dirt so trees can spawn on them. 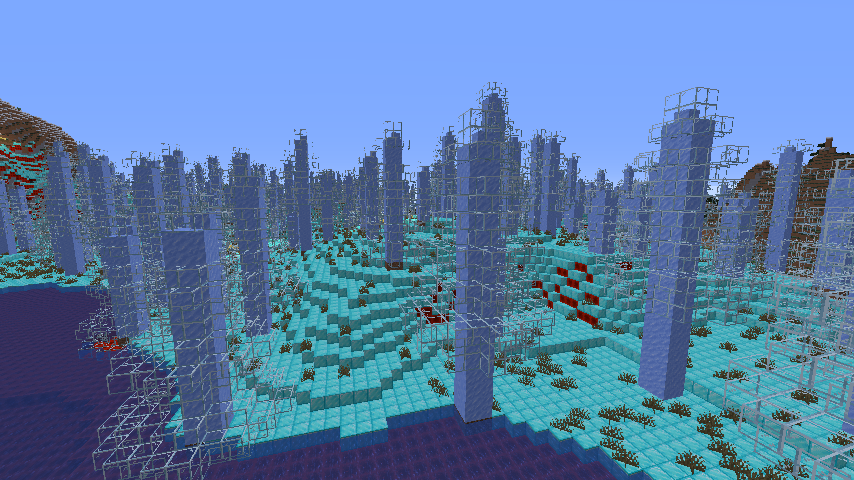 Another useful addition in this update is support for entity tags. With entity tags, you can extend functionality of your mobs with some of the vanilla mob capabilities. Addition of entity tag procedure checks extends this further by covering a whole group of tagged entities in custom procedures, which can greatly improve cross-mod compatibility and interraction. 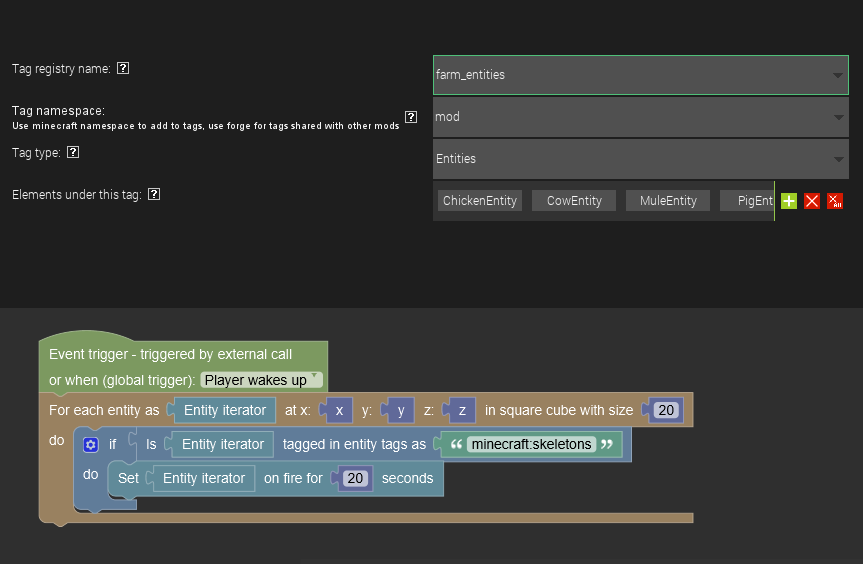 We have added a new mod element type called game rules. With game rules, you can add new world parameters that are accessed in the world creation menu and through commands. You can check game rule settings using procedures at any time. With this, you can add custom per-world configuration of your mod. 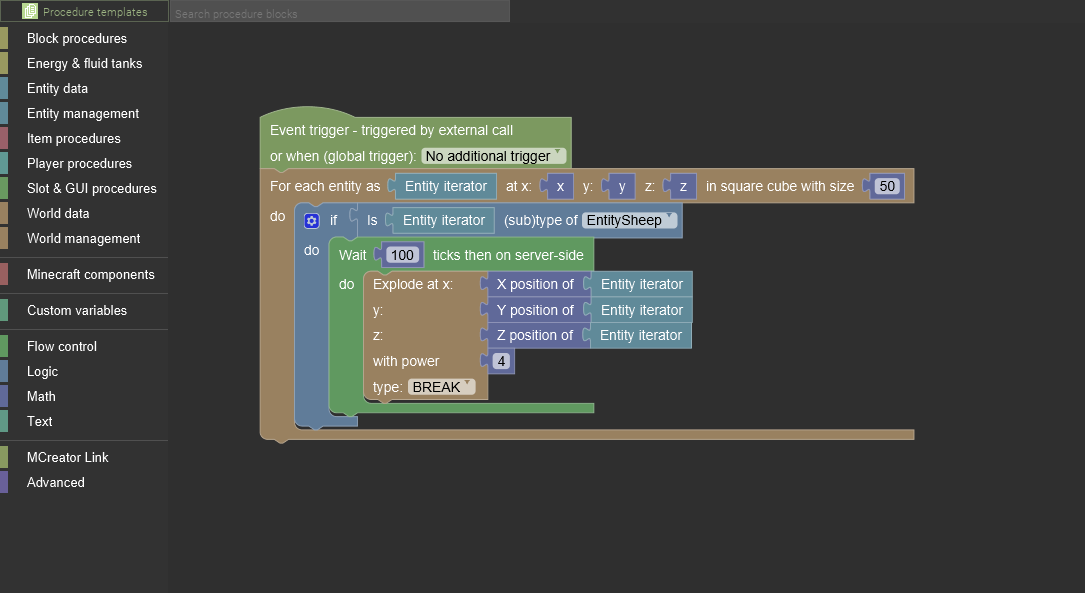 There were often questions on our forums if custom logs belong to "log" or "logs" tag and what namespace to use. To resolve this confusion, we have added a new common tags tool that allows you to quickly add tag groups commonly used and specified by Minecraft. These tag groups extend functionality of your mod elements as described in the tool.

A minor but handy new features. When a custom sound is selected, a play button is enabled next to the sound selector that allows you to quickly preview the sound. Hold the button to play the preview which will then stop as soon as you release the button. Click multiple times to get randomized sound in case there are multiple sound files registered under one sound.

Although it is only a trigger, it is a very important new trigger. This global procedure trigger will run the procedure each tick for each loaded entity in the world. By checking the entity type or some other entity property in this trigger, one can heavily alter the game and the behavior of existing entities. This procedure trigger needs to be used with great caution though, as running too much procedures for each loaded entity can severely slow down the game if misused.

Last but not least, quite some new languages were added and existing translations greatly improved. Now the currently selected interface language is shown in the procedure selector, and the translations coverage percentage is shown in the preferences window within the language selector dropdown. Some bugs regarding rendering some of the letters for some of the languages were fixed too, providing a more friendly international MCreator experience. 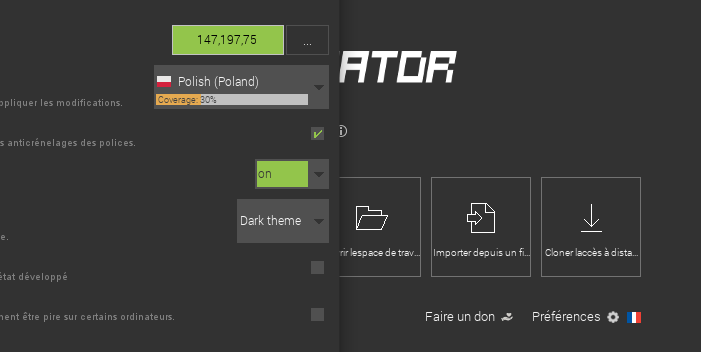 If you would like to see all the most important features of the 2021.1 update collected in a video made by our developer Matej, check it out below.

Big thanks to the people who opened all the PRs that made this update that huge, to the people who reported issues, looked for bugs, thanks to translators, tutorial makers, and everyone involved in the community. Your huge involvement motivated me to push myself a bit more and therefore things like workspace folders happened ;)

Now that MCreator 2021.1 is out, many of you are probably wondering what will happen now. Due to the global pandemic situation, it seems I will have time for another update and contributors agreed. So we are already working on PRs for MCreator 2021.2 that will add some new features and depending on the time of the 1.17 release, may support this version. 1.17 is of course entirely speculative as we do not know when the Forge will be ported to this version, but I do plan to update to 1.17 when the time will come. I will write more about the future plans in the future articles too, so stay tuned!

Tell us what you think about the update (and what your favorite new feature or bug fix is) in the comments! I am already looking forward to all new mods utilizing new features from this update :)

UPDATE: We have released a patch update to fix some bugs found in the 2021.1 release:

To install the patch, re-download 2021.1 and install it again. Make sure to uninstall the current version first.

Yep, it took a while but here it is now :D

This update took so long to make, but it was worth it. Just a question, (for Klemen) haven't you've been thinking to ask Goldorion about merging (for now) changes from Mctoolkit, since MCtoolkit won't propably came out for some times and it has some great featues.

We may merge some separate PRs but a full merge is not possible due to code review reasons.

Yeah. I know full merge is not possible. I meant just some of those PRs. Anyways. Is there some place I can ask contributory for new features? There is a cool one that I came up with making custom dependencies for run procedure block (it would take some time to explain)

It's not updating for me.

Please elaborate so we can try to help

I went on MCreator, and I saw this on the "Latest news from MCreator website", then I checked the version number, but it was still 2020.5, and I also restarted MCreator a few times (closing it, then opening it again), and I also checked if the developers forgot to change the update number, but there was no new features, I was going to backup my mods, and uninstall MCreator, then reinstall it, but I don't want to lose all the stuff I've made, thanks for replying.

When I said this I meant the page.

You need to install a new version, it won't auto-update if you meant this. You will not lose any stuff you made.

Do I need to backup the workspaces? also thanks!

If you want to be sure, yes, but it is not required