Have you ever made a mod but thought it wasn't enough? You felt like it had something wrong, maybe it was unbalanced, made the game unfun or it simply didn't get enough downloads...

But, hey, don't worry! It happened to everyone (me too)! Every big project starts from little :)

But, if you want some tips to have an head start, here is a list of them!

If you read all the tips, you will get a special reward at the end! :D

Don't make what was already made. Make something new, or your mod won't be downloaded. You can include content already added by lots of mod if it does something original. Just try to add you own take on features.

It's one of the hardest part of modmaking. For example, if you add an item that turns a block into lava, it is great but you should make sure that it can't be used for removing bedrock, command blocks, barriers, etc. This can be prevented by using conditions.

Textures made by the MCreator texture creator can be cool, but they are better if edited with something like paint.net. Even a little detail can make the difference.

Also, don't always reuse the same vanilla textures. A little edit on an ingot can make your mod interesting. You can also make your own templates and put them in the img maker folder. If, while playing your mod, you see that some textures aren't very good just edit them.

Use lots of different colors, like the vanilla textures, and if you are making a block made by 9 items (like the diamond block or the slime block), picking the colors from the items might make the player istantly understand the material the block is made of.

In my opinion, 16x16 textures are the best choice, because they are vanilla-friendly. For items you can also 32x32 or higher if you really want, because they aren't used for building. Block models are very cool, but make them using parallelepipeds or else they'll look weird in the cubic world of Minecraft...

Before releasing a new update, if you know that there are bugs (unless they aren't important bugs, they are little MCreator bugs or you are releasing a snapshot/prelease), fix them or your mod will be unplayable.

Don't make OP (overpowered) things for survival. Even if they are expensive. OP features overshadow vanilla features and actually remove some aspects from the game. For example, an Emerald/Obsidian Sword (which is not even expensive, so let's say a Diamond Block/Nether Star Sword) that inflicts 20 damage will one-hit most mobs, thus completely removing combat from the game (except against bosses).

Unless you want to make a mod which changes the mechanics of the game, try to not overshadow vanilla. Mods that complete vanilla or that don't overshadow it usually are the most downloaded ones, because they always are a neat addition to any modpack.

6. Think before adding a new feature

An underpowered feature is useless, since there is something better than it in any aspect. Try adding something unique to everything to prevent this.

Usually, when I am adding a new feature, I think of the impact it would have on the game. I think of the combinations between it and other features, the new mechanics it introduces and the ones it removes.

Yes, because if you think of it, almost every new thing can remove a portion of the game by overshadowing it. Even if it is actually very balanced.

Since I can't think of any vanilla examples now (but there are some), I will make one with my mod.

In my mod (RaolCraft), there is an item called Ender Wand, which consumes some resources from the player (Mana, which is renewable) to teleport him on a block. It can overshadow enderpearls when thrown at little distances, but enderpearls are still useful because they can be thrown very far away.

Let's make another example. In the same mod, there is an extremely lategame item, the Sky Wand. It consumes Mana to make you levitate (and is especially good with another item from the same mod which prevents fall damage). The Ender Wand was good for climbing hills without having to destroy blocks, so the Sky Wand removes this part of gameplay from the Ender Wand. The Sky Wand is overall better than the Ender Wand when traveling, but the Ender Wand is still useful because since it teleports you ON a block, it can still be used to reach blocks which would normally be unreachable by just levitating or to quickly go upstairs (or just to travel fast).

That does not mean you should add nothing to the game, that just means that before adding something, make sure it adds more gameplay aspects than the ones it removes.

7. A dimension is a whole new world

These tips don't apply if you want to create a bonus dimension (for example a void dimension for building) or a dimension that you are supposed to only visit once (maybe for a boss battle), like the End was before the Combat Update.

If you want to make your mod compatible with other ones, you should consider checking this list of dimension IDs (and maybe even commenting there the IDs of your dimensions): https://mcreator.net/forum/50035/dimension-id-list-write-here-id-your-dimension?page=5

When making a boss, if the boss is supposed to be summoned by the player, you should make sure it can't be trapped. If it's a major boss, I usually make it able to destroy block around it (if they aren't bedrock, command blocks, etc.).

Also, -like the title says- a boss battle should feel like a challenge. Bosses shouldn't be just mobs that have a lot of life and do massive damage. They would just be boring this way. They should instead be something unique. Here is a list of things you can do to make your boss more unique:

Remember to also make the boss battle worth it. The boss could drop a special item, material or something needed for the progression, besides experience.

9. Make a good image and description

Some good images (especially the logo) and a good description can make a mod very interesting, while if your mod has a weird logo, no screenshots or a bad description, it might not get as many downloads as it deserves, even if the mod itself is great.

Don't forget to respect the MCreator rules or your mod will be removed.

If your mod is following a certain theme, make sure that every feature you add to it fits. It is perfectly fine if you add a few items and blocks in a mobs mod (they might be the loot dropped by them), but remember to always focus on the main theme and never get too far from that. If someone is looking for a building mod, they definitely don't want it to also add a new dimension!

If you are getting bored at focusing at the same theme over and over, remember you can always make a new mod (or an addon for that mod)! :)

This might be pretty obvious, but playing your own mod can help you not only find many bugs, but also see if is it balanced (too easy/too difficult) and fun and give you inspiration to what to add next. Playing your own mods (in a regular world) is important so you know what players experience when they download them. And I mean, if you don't play it, why would you create a mod in the first place ? And don't say you do it for your "fans" or whatever XD... (jk)

Bonus (and most important) - Have fun

This might be very self-evident, but never forget this. If you are getting nervous at making a procedure that somehow doesn't work, remember you are only doing it for fun. If you feel uninspired or bored, just have a break. These "rules" only are a summary on what I learnt by modding for years, don't take them too serious. There is no pressure, if you get bored at modding, just look for another hobby, don't turn something you do in the free time into a work (unless you plan to work at Mojang or whatever XD).

PS: I know my mods aren't perfect and break many of these rules, but I just wanted to write some tips and tricks. If you like them, comment and I will write more! :)

(I hope this list wasn't too long and boring XD)

Here are some templates that you can use for your mod!

TIP: Put the templates in the MCreatorFolder\res\img-maker folder so you can use them in your mcreator texture generator!

You can use them in your mod, just write in the description that some textures were made using the template pack (unless you use the debug textures, which were not made by me).

This is a good list. Excellent advice for newbies or people wanting to make a really good mod.

I added the first template pack

Thanks this'll definitely help me!

I'm glad that this helped :D 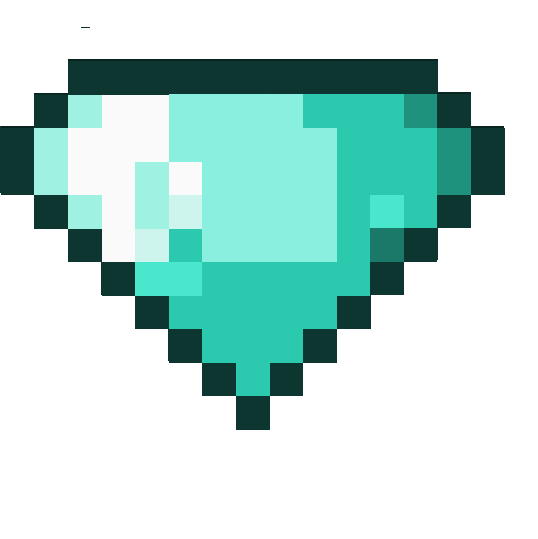 Can I include your diamond texture in the comment?

Of course credit will be given to you

I think that in the template pack 2 I will add magmatic ingots, bushes, ores, decoration blocks, etc. templates

If you have any idea please write it here

It is free diamond from Novaskin.me :D You can make some new fluid textures

These tips need updating though...