Hello everyone, it's me, TheGreatKingBoo_(yes i changed my nickname), finally back at modding with a new and hopefully awesome mod i am planning to do with the release of MCreator 2 (or maybe before that, who knows?). On this page, i will post updates, sneek peek, and other stuff about the mod. I seriously invite you to suggest alot and to report bugs, to help me make this mod better and better everyday! I suggest we explore in depths what this mod will be based on...or maybe not. Quick note before we begin: I didn't copy anyone's ideas. The idea of making this mod came in my mind casually. Tho, i have to say one other thing: I am bad at modelling, so most models will be similar to ones found in internet, just with worse textures, i know...but i'm not good, ok? With that outta the way, let's jump into this mod, my dear Boos!

This mod will be divided in two sectors: Animals and Industry, each having his own characteristics and interaction with each other!

First of all, let's explore the "Animals" part, then later, we'll discuss about the "Industry" part of the mod.

this part will of course contain some infos about animals in this mod.

Each animal will have his unique aspects that no other mobs have. The main gimmicky of this part of the mod is breeding. NOT EVERY animal will be breedable, but some of course will. When i thought of this aspect, something came in my mind: "Hey, if i find a rare animal with rare - but useful - drops or mechanics, if it's breedable, it should be better to breed it with another animal of it's specie to have more "specimens", so i'll be able to get, for example, a rare drop without needing to kill the only two animals i'd find in a radius of 15 miles".

Some mobs will have an interaction with other mobs. An example? Aardvarks! Aardvarks are animals that will be found in forest and savannas and that will attack termites, that will leave in the same areas as Aardvarks!

Mobs will PROBABLY be released in packs of 5 for version, except for the first version of the mob!

Natural Industry will be that part of industry that "uses" animals for his production. One example that will SURELY be in the mod at one point? Dairy industry!

Non-Natural is everything that doesn't use animals, for example Metalworking!

so i guess that's all for the mod. Remember to leave alot of suggestions and bug reports if you find one, and we'll see us later, my dear Boos!

Hello everyone! It's me, TheGreatKingBoo_

Today, i wanna show you some of the mobs that will PROBABLY appear in the first version of the mod! (Note that these are actually WIP mobs, aswell as the other i'm gonna show later in other posts:)

Sea Cucumber: The Sea Cucumber is a stationary mob that will spawn in ocean biomes and will have variants with different colours 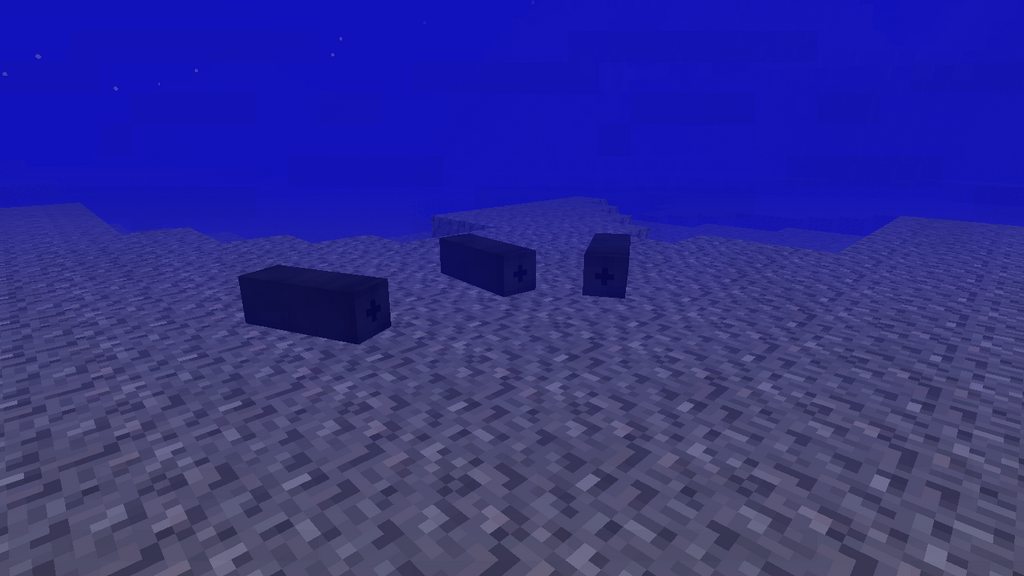 Aardvarks: Aardvarks are mobs that spawn in every kind of forest (including savannas and excluding jungle) plus their variants! They will hunt for termites and spawn in packs from 1-3 specimens 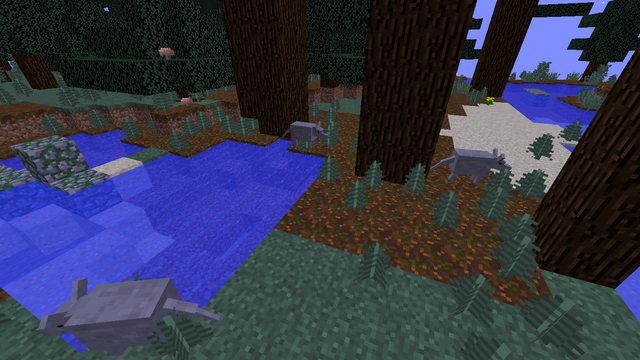 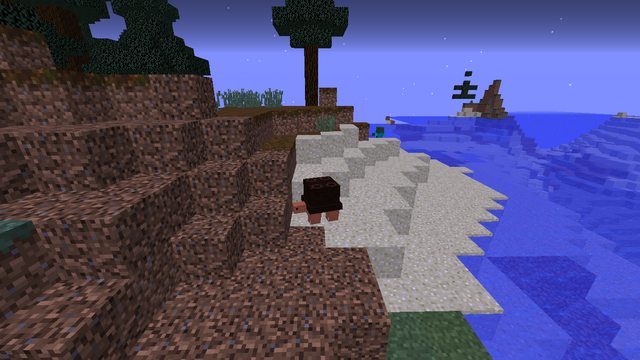 It seems a cool mod, can't wait its release! :D

Hope you will like the mod when it will be released. Later i'll probably post some images of other mobs

Hello everyone, it's me, TheGreatKingBoo_, bringing you 4 mobs that will be probably included in the first version of the mod!

Tapirs: Cute little mobs with a big nose that will spawn in plains and will attack termites if they spot one 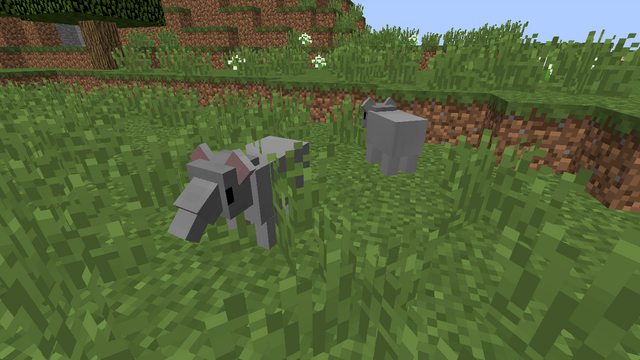 Horseshoe Crabs: Ancient crabs that will sometimes be seen on beaches or stone beaches. Their blood will be used for medical stuff 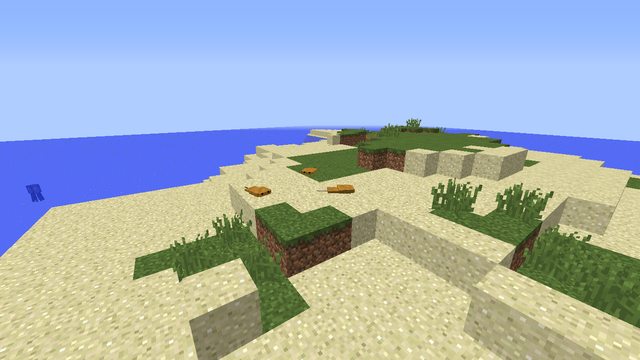 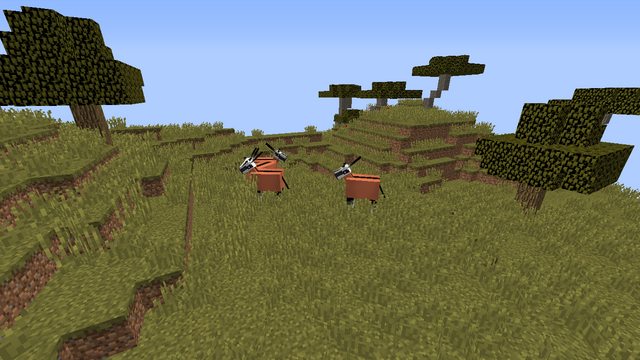 Gooses: Small birds that will spawn on rivers and attack the player and probably villagers, as they see them as a threat 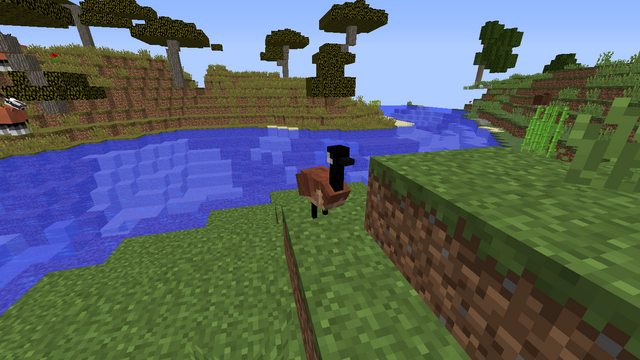 Awesome! How did you make these mob models?

Uhm...i kinda just used techne and for the textures i lately discovered a way to make them better. I have to admit, being awful myself at modelling, i kinda took inspiration from the internet. I also need to correct some things like the Gemsbok's legs, but everything in it's time.

Thanks alot for your appreciations, it means alot to me really :D

Also to color the models...paint

Quick "Mod Release and stuff" update: This mod will be released when the 1.7.9 version of MCreator comes out! Also yeah, i'm working on some new animals, and expect to see some industry/services on the first version

Oh, also, Sea Cucumbers will probably not be added in the mod, but i guess i'll replace two other land animals.

Hello everyone! Today, i'm gonna bring you 4 another animals that will be added in the mod!

Sloths: My all time favourite animals finally come to life in a mod bade by me. These little cuties will crawl in jungles and variants! 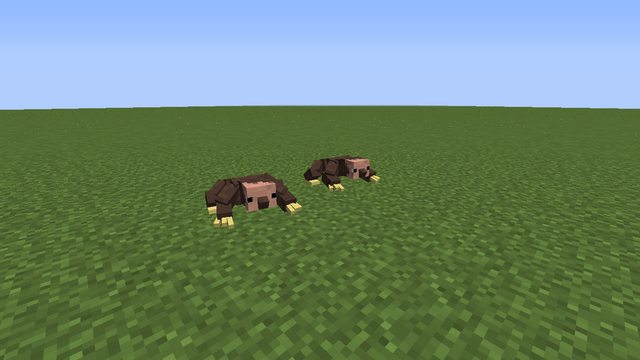 Crocodiles: These munching predators will spawn in swamplands and will attack animals, the player and villager 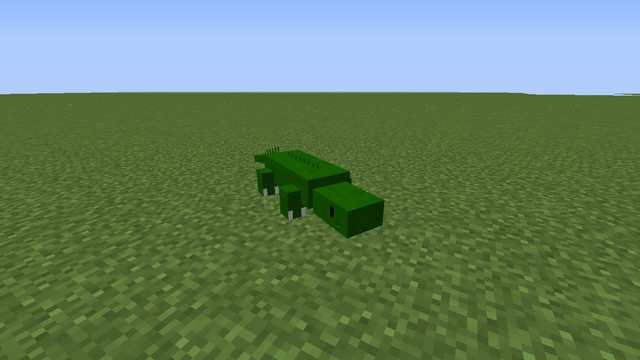 Chimpanzee: These nice monkeys will spawn in a special forest and will jump to attack their preys! They will be found in packs 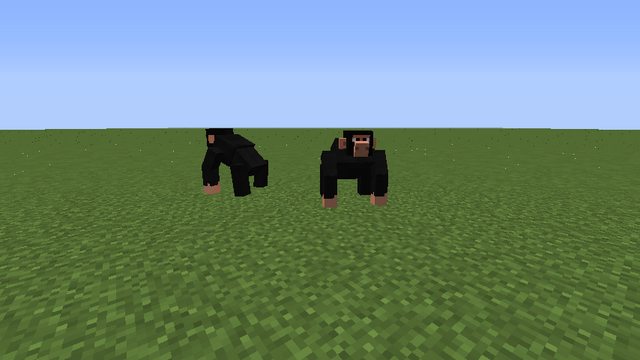 Bisons: Bisons are massive bovines that will spawn in all kinds of savannas. I suggest you watch out for them or just try to ignore them, as an hit from these massive animals will do 7.5 hearts of damage! 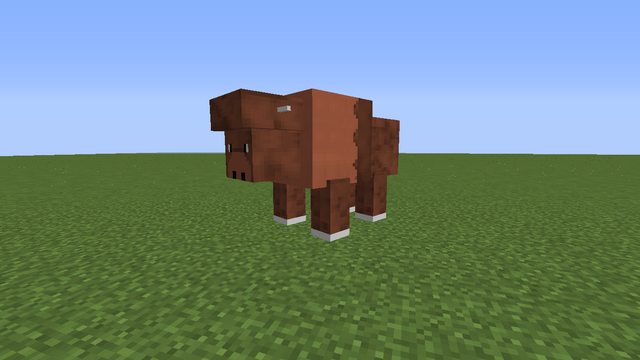 These models are awesome, changing the textures a bit for making them look more realistic would be cool (I mean that every texture of Minecraft is made of lots of colors, even stone)

I didn't notice that they were already realistic because of sunlight.

actually i already updated some of the texture because i found the way to make them look realistic.