The Hand of God Mod

The Hand of God Mod (THOGM)

Bored of how little the history of our cultures in minecraft has been taken advantage of?

In this topic I will write the main ideas, categories and additional information about the mod that is in progress.

The mod consist to bring spiritual beings of different religions (8 are the main ones) with which we must live and conquer to maintain peace in the world of Minecraft. The 8 main cultures are Japanese, Chinese, Celtic, Nordic, Egyptian, Greco-Roman, Mayan and Hindu. Each one will have their respective ores, bosses, enemies, tools and more exclusive things. The idea comes from an independent game in which I was thinking about, but I decided to test the mechanics in this mod. Also other references that I have taken to start the mod come from Monster Hunter, Smite, Myths and legends (a card game), Terraria, The binding of isaac saga and Age of mythology. This mod is also inspired of ''Hyakki Yako'' or ''Night Parade of One Hundred Demons''.

►God killer weapons from mythology to kill them​​

►A system where you get rewards from the good gods for beating the bad ones.

►The necronomicon (the fusion of each grimoire) and one dimension with gods.

All are found in the underground of any biome, under a certain depth and with a variable rarity.

Here is a screenshots with the textures of the ores, including armors: 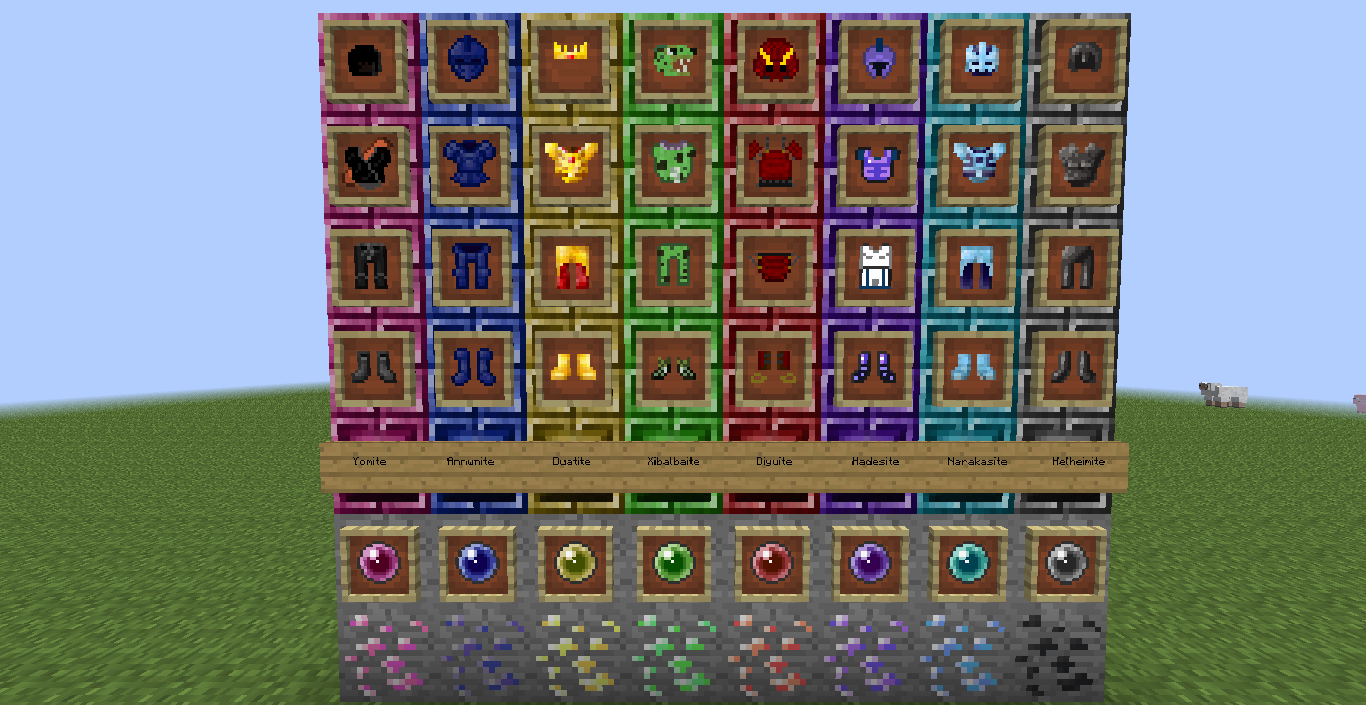 ORES RARITY (It is ordered by the antiquity of the culture, the more years of its existence it has, the more rare and valuable it will be): 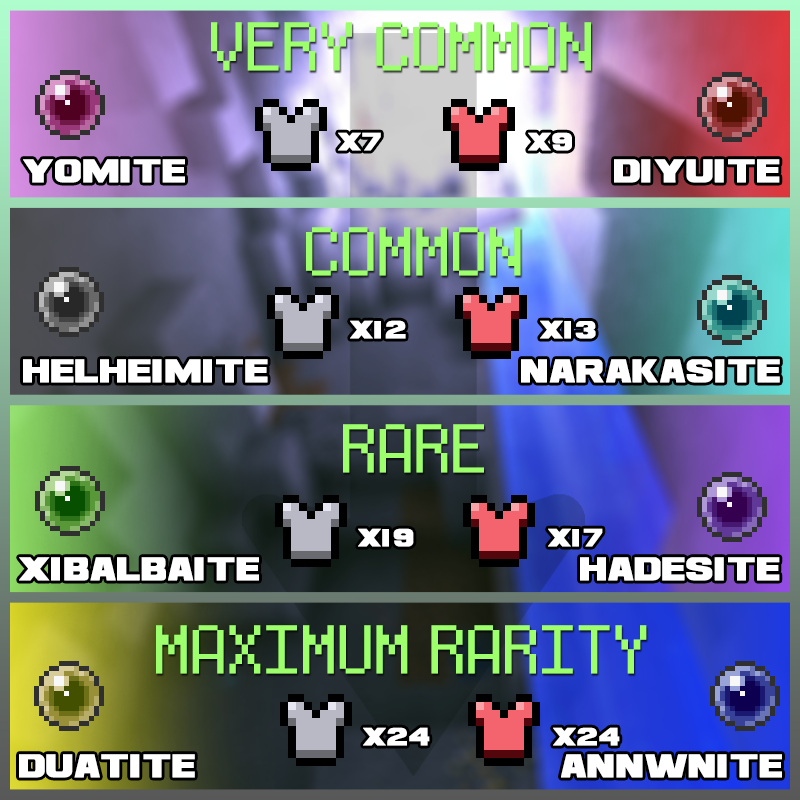 All armor with their weapons: 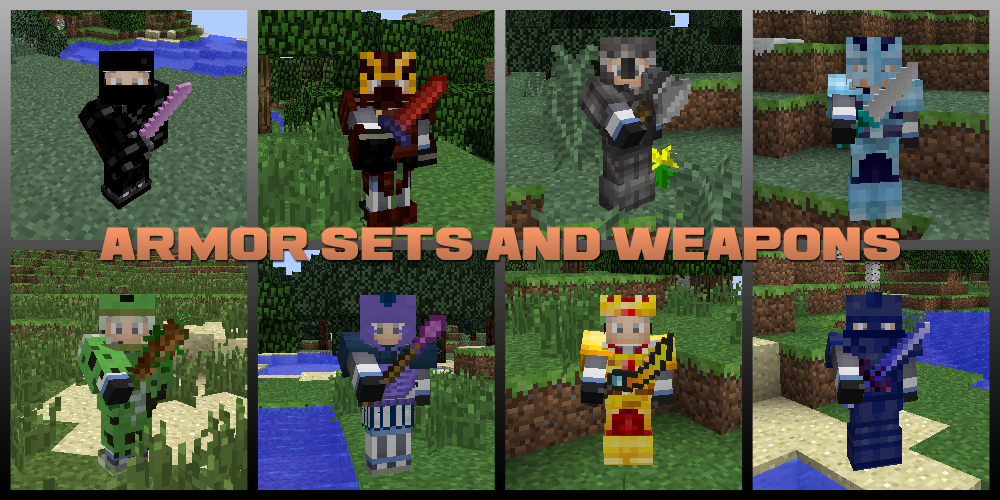 To progress within the mod, grimoires must be crafted in order to collect all the information of each culture (so it is mandatory to find and kill each new entity) in order to obtain the almighty necronomicon, which will take us to a dimension exclusive of gods. Each grimoire is composed of six exclusive objects dropped by each creature, the grimoires vary in color depending on culture, pink for Japanese, red for Chinese, blue for Celtic, yellow for Egyptian, green for Maya, purple for grecoromana, cyan for the hindu and black for the nordic (the respective color equally for the ores). The crafts are the following: 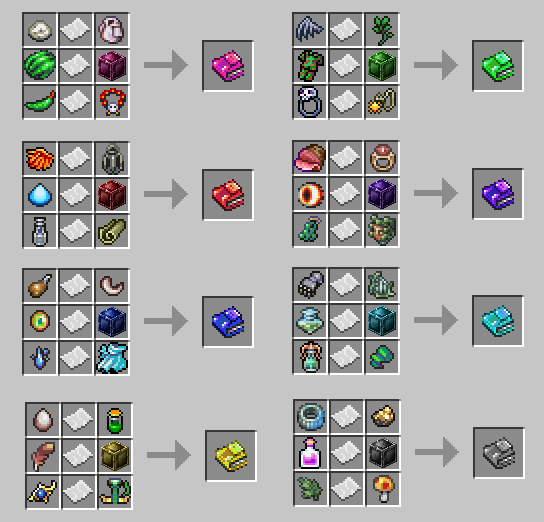 To see how to get each item you should go to the section called ''The Mobs'' in which the drop of each mob is specified.

I have not thought about what I'll do with the mobs, but I plan to add 5 creatures / enemies for each culture and one boss (this at least in the first version I'll release). There are some problems when trying to follow this pattern because in cultures like the Japanese, there are a great variety of creatures (+200) but in others like the Egyptian the great majority are gods, which I have planned as bosses. Here I would want some recommendation, since I am only occupying bipedal designs (I tried to use Techne but it doesn't work for me). At the moment the creatures that I have thought for each culture are: 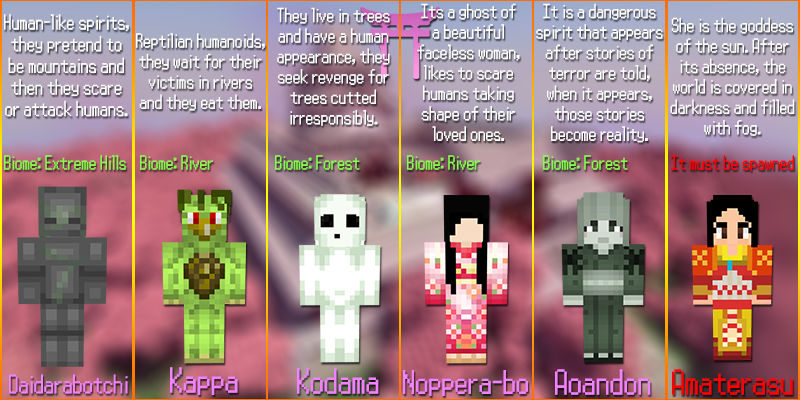 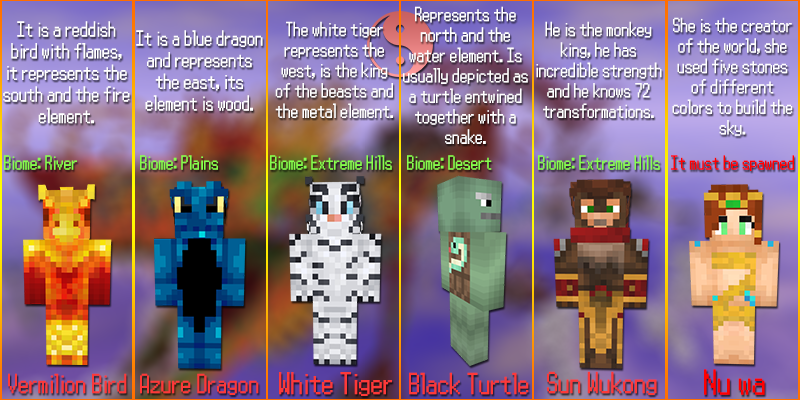 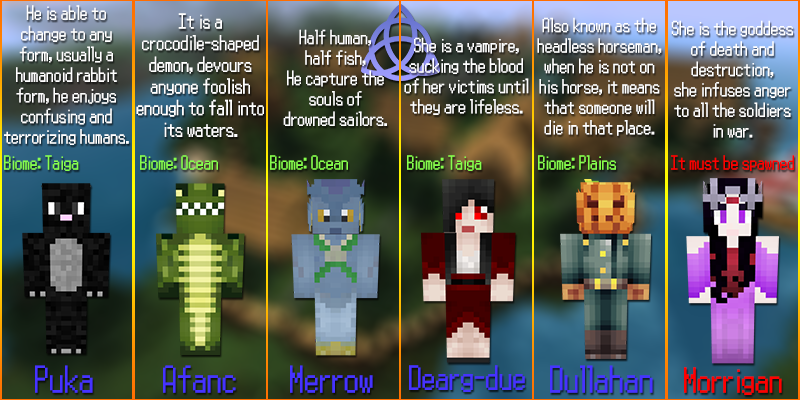 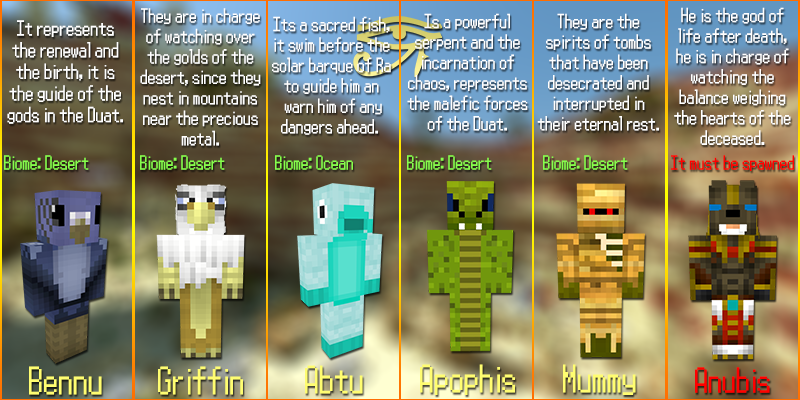 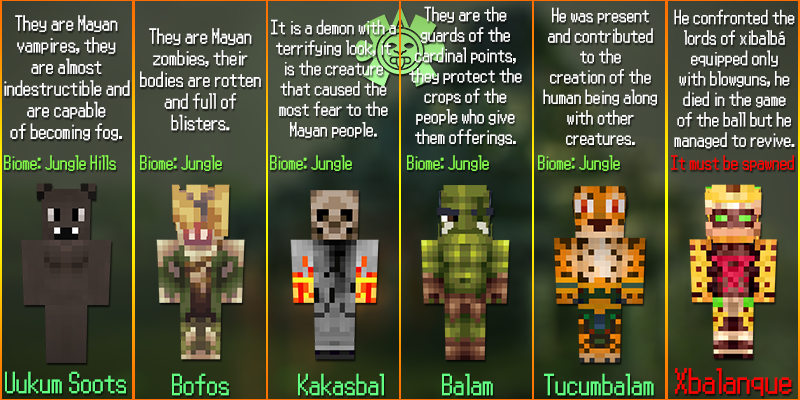 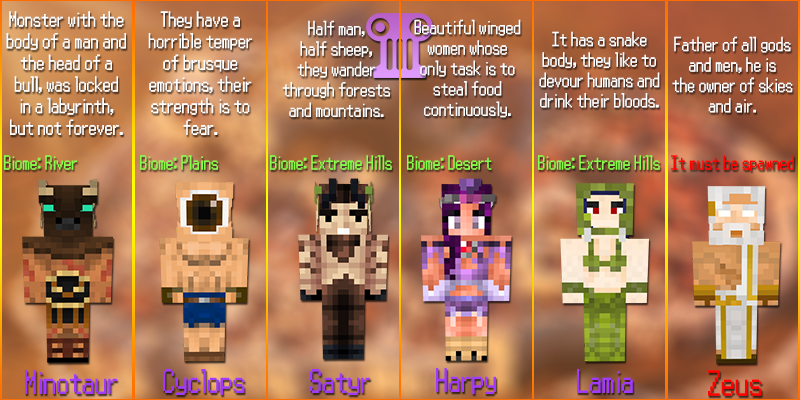 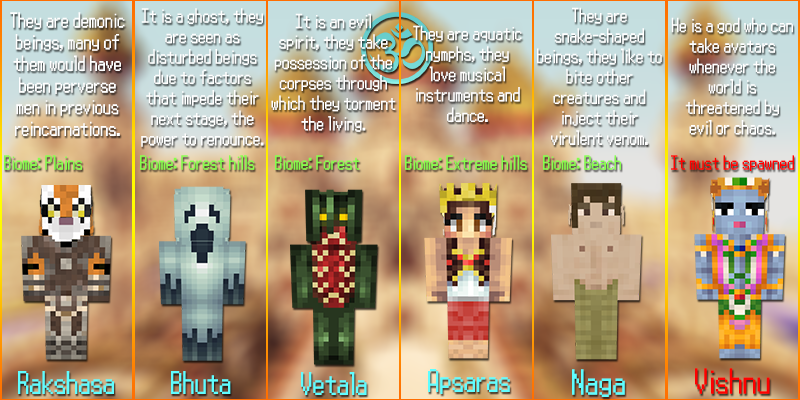 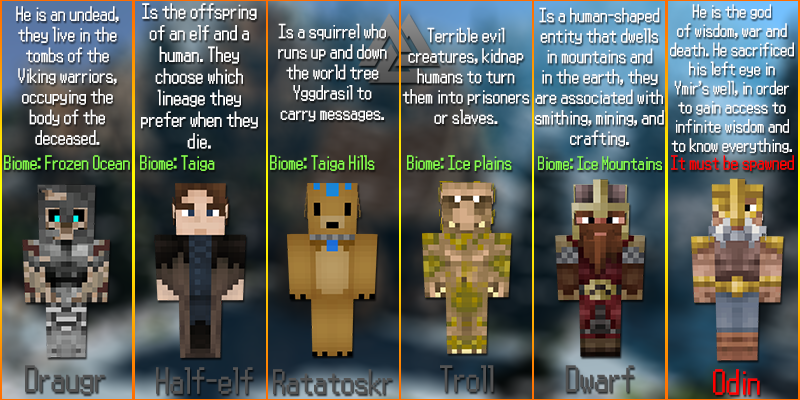 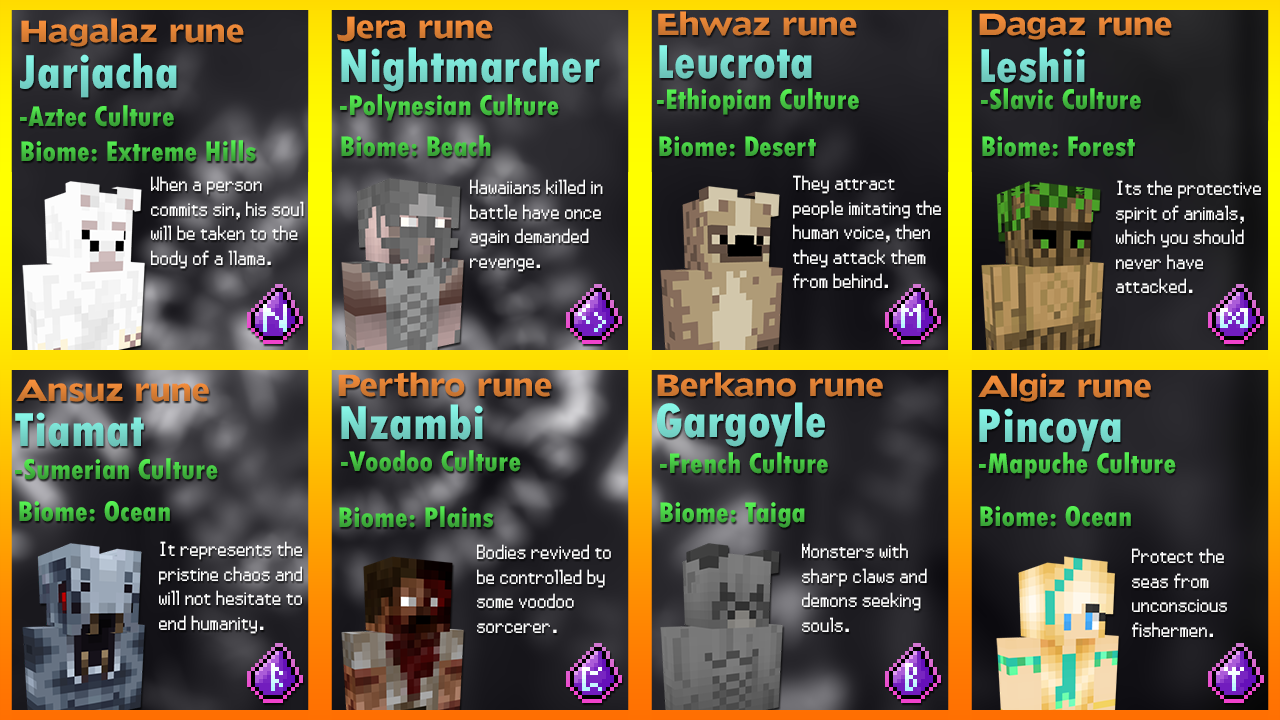 Each one represents a different culture, it will be necessary to craft the necklace of runes and later the necronomicon. They are stronger than the rest of mobs.

Axis mundi is the place where the kingdom of the gods and that of humans converge, but what happens if all the gods are locked in the same dimension?

The Ragnarök has started!

It is an exclusive dimension of gods, all cultures have 4 representatives and is considered the endgame of the mod, after having the trophies of all the gods, it is considered that you have finished the mod. The gods within this dimension possess high damage and life. The portal is composed of fourteen ''Axis Mundi Blocks'' and can only be opened with the necronomicon. 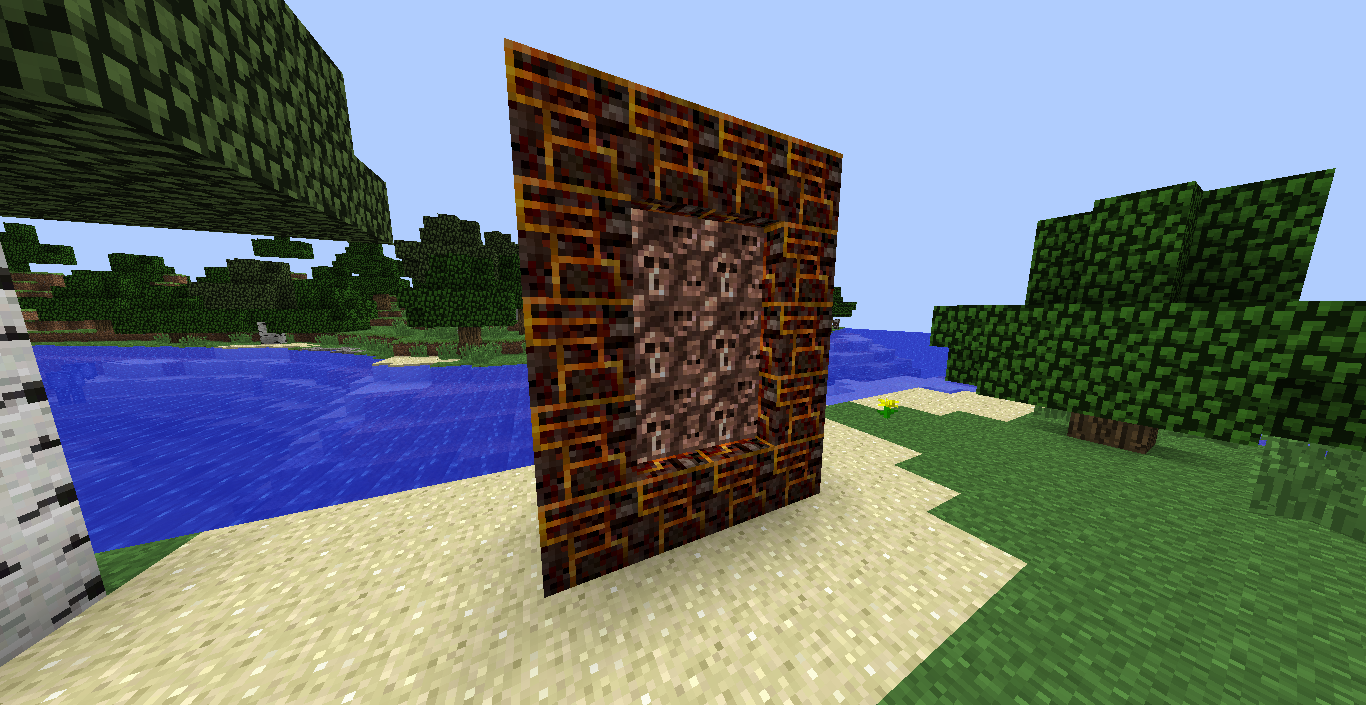 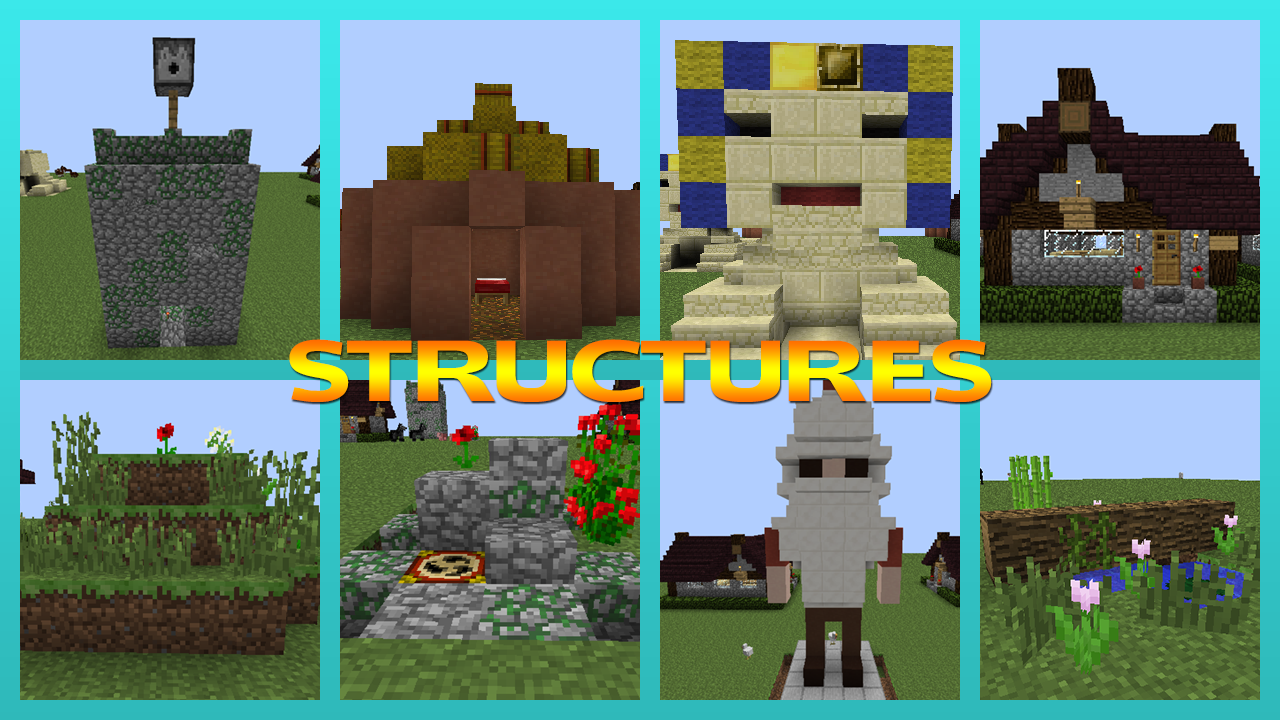 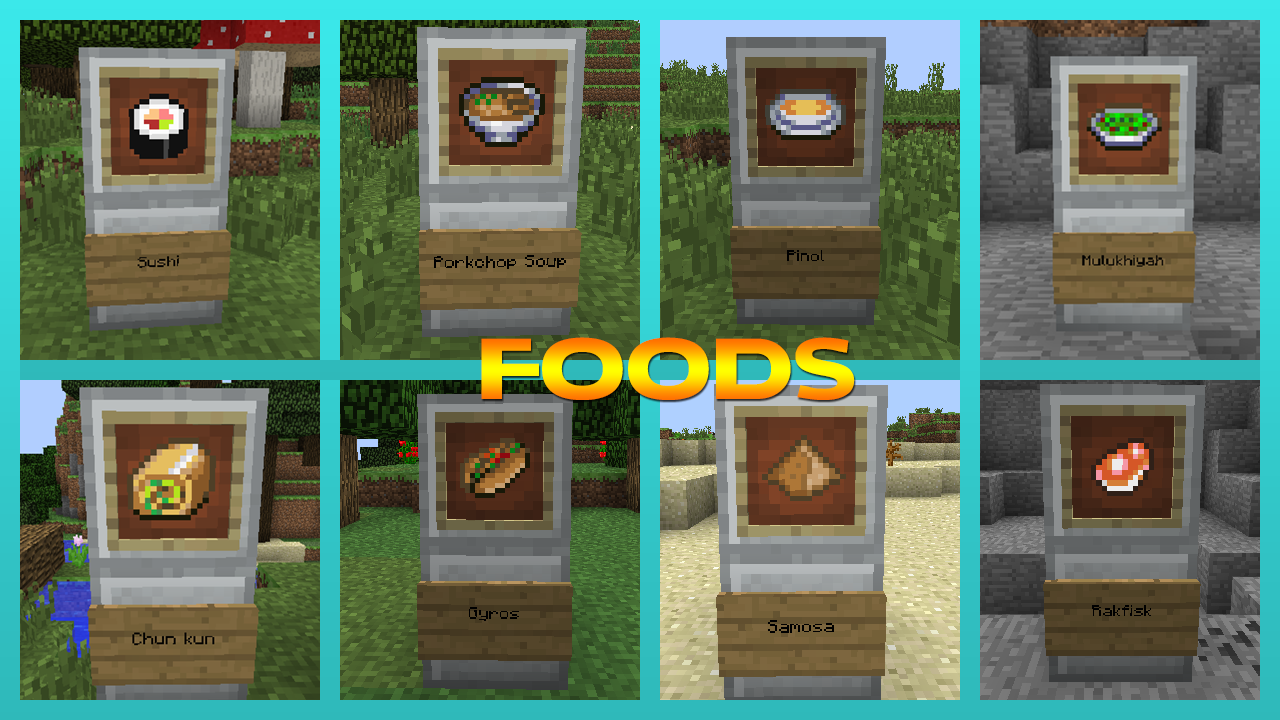 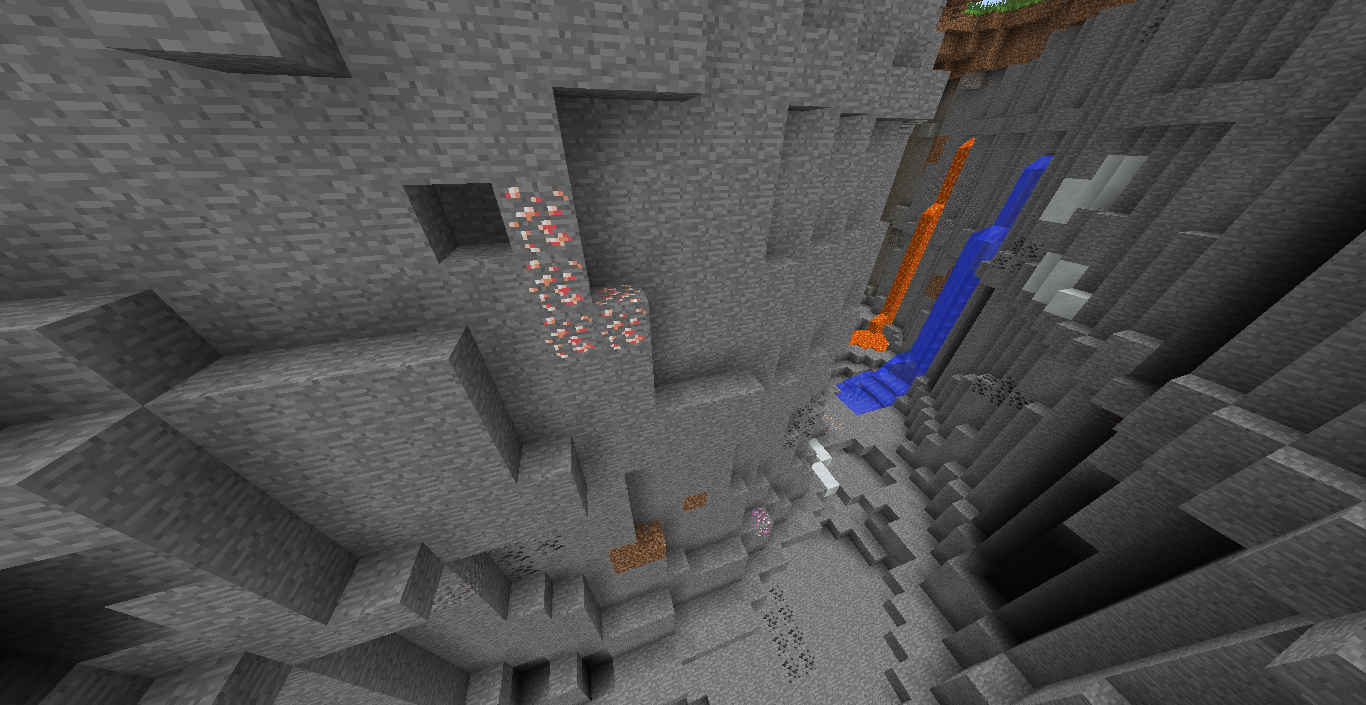 None at the moment.

Remember that if you want to collaborate you can do it by answering the following questions, your preference and how you think it would be more fun:

1.-Should I add 5 mobs per culture at the moment or decrease the amount?

2.-Assuming that adding new biomes would generate more bugs, should I risk creating more or leaving the ones that are already there?

3.-Should I prioritize the amount of gods (bosses) before small enemies?

4.-Should I create an order (order of hardness, such as stone pierces iron, iron pierces diamond, etc) for the ores added in the mod? Or should I keep them all with the same hardness? If is it, should they be more powerful than the diamond or less?

None at the moment.

Because the mod is not finished yet (it is at a very early stage) you can cooperate with your ideas in the comments and wait me for upload a version soon.

I can't wait its release! :D

Looks awesome! Though if you could add Poseidon that'd be great. I will get it when you release it.

can you add the trident as well as Poseidon armor that gives you buff?

also can you add the drowned???

also can you add the trident effect like dashing round and round???

What did you make the images on? There amazing! :D