MCR Plugin Creator is a software I'm developing to help at the MCreator plugin creation. In the beginning, I wanted to make itas a new MCreator generator, but MCreator has a bad support of Blockly to do something like this. 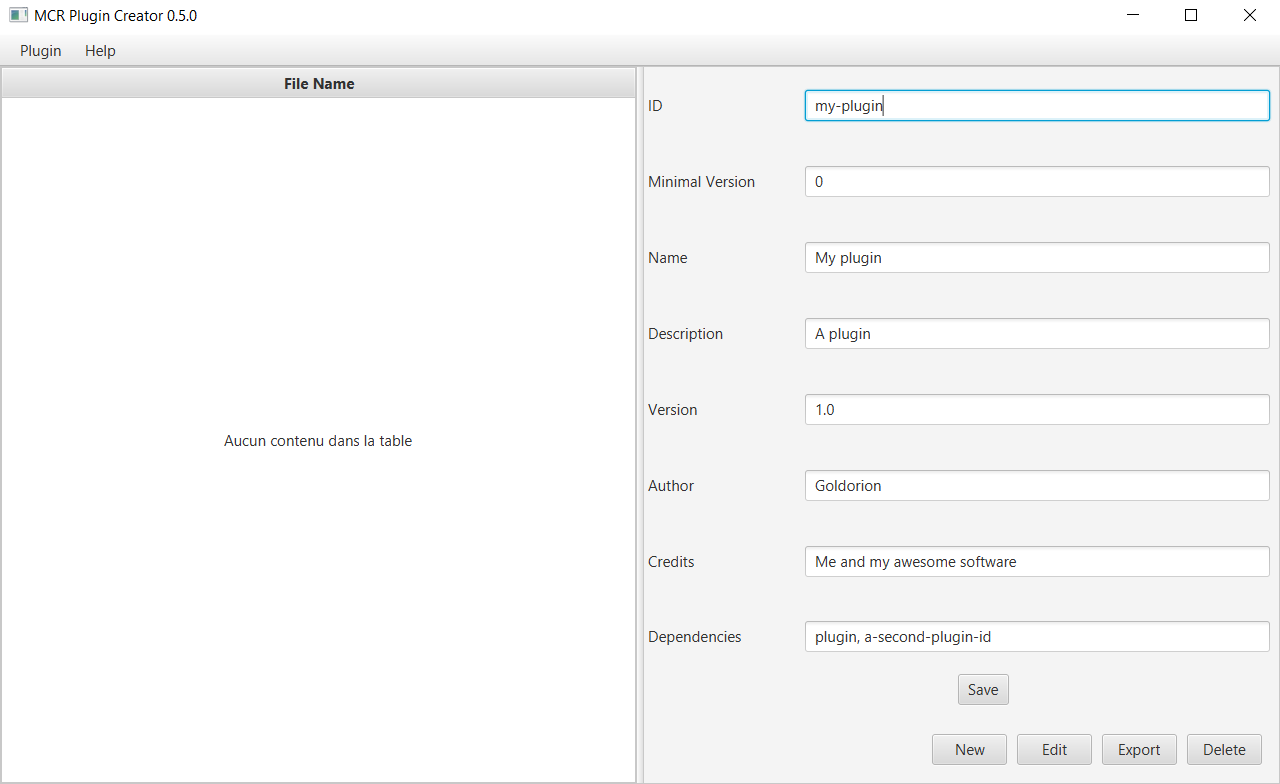 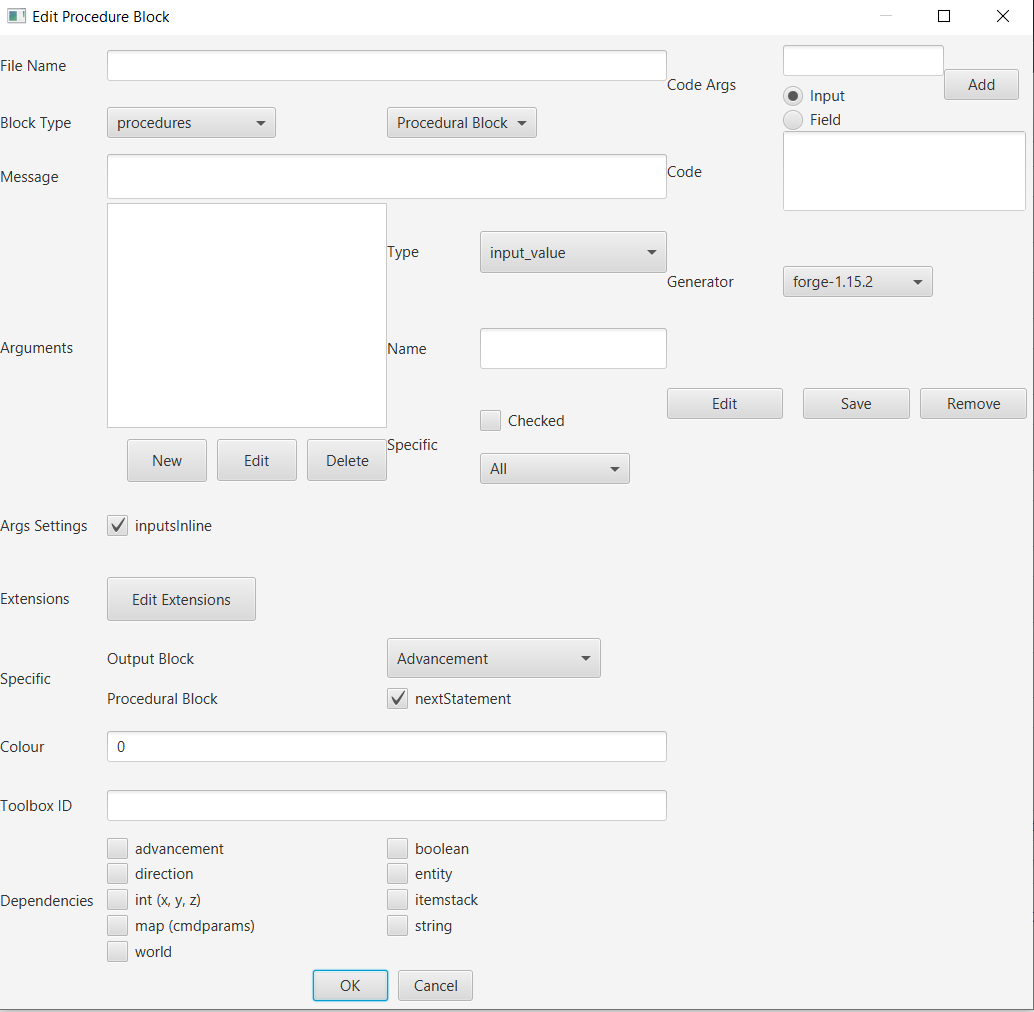 This project is not official. It is not affiliated with the respective owners and maintainers of MCreator and Pylo.

Thanks to all of you helping in reporting bugs, using or anything else.

The software's GitHub repository is here.

You have to use this version to be able to use your plugins in the second snapshot.

* **Added the possibility to add arguments (input value, field input and field checkbox)**
// To create a new argument, change the choice box and give a name, then create on "New".
// You won't see the argument on the list, but it's saved. Just save the block and reopen it to see them.
// At the importation of a JSON file, arguments won't be imported.
* [Bugfix] JSON files kept sections with no value

* Added the type of procedure block in the list view
* Added a selection menu to choose the block type to create
* Added support to use all dependencies
* Added an error message during the importation of a block if the file is an unsupported block.
* Added the possibility to use extensions
* Added a dropdown with all output types possible

Nice!, It will be very useful to create plugins. :)

Great work, did not notice this topic immediately ;)

You just need to know code to make the code of the blocks/triggers, so if you don't know how to code, even this software won't help you because currently, it only generates the JSON file for an output procedure block to make plugin fasters. Also, as CrispyChips has said, it's not a plugin, it's a new software I'm developing.

Great work, did not notice this topic immediately ;)

I noticed this isn't a plugin after I commented. Also how do you install the app? I have the zip file but what do I do with it

Unzip the folder, then just double click on the JAR file.

How do I unzip the file? I have never unzipped a file before so I don't know.

Download 7ZIp (https://www.7-zip.org/) and install ZIp. Then, right-click on the ZIp file, and click on "Extract here".