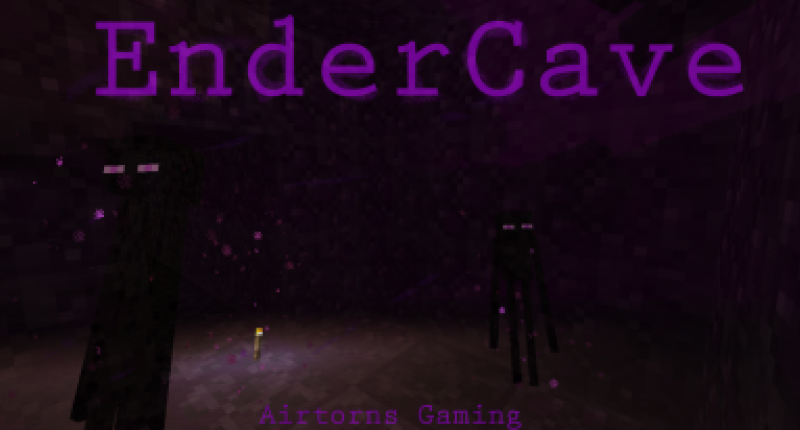 I am about to release a new update soon, will have updated EnderCave World allot more then before. plan to add village's soon as well might have it in this coming update. 1x1 and 2x2 trees will be in this update as well. just working out the bugs with bone meal code for the 2x2 trees. also will be adding the Pearl Eye Plant there is going to be more done with the plant as I figure mob AI's more. I am sorry been taking me a long time to update this mod. I plan to do it before the 6th mouth of this year so that everyone can see where I am I still have 4 more worlds to add but do not think ill get around to those due to all the customization's being done to the Nether Gen world I am creating hangs tied for a bit but will add soon as possible. I was setting it so I can use above bedrock for an idea. I had but the lag that is caused by the 1.8.3 update due to something they removed from 1.8.2 due to other moder's not understanding how to use it to its fullest. I thought the 1.8.2 schematic update was the best due to the no lag the way I used it. so ill wont be making use of the space above the bedrock in nether gen world due to this. I was shocked on how well it work in 1.8.2 was kinda upset with them on 1.8.3 but at the same time they fixed so much as well. all well ill live. ill just have to create a new normal world gen and custom the crap out it and pray I can do it with out breaking anything. lol :P

Checked out the mod and really enjoy it! Good job! Btw, it's me from youtube.

Checked out the mod and really enjoy it! Good job! Btw, it's me from youtube.

Thanks for checking it out. also I just updated the mod with the En-Redstone lamps that you helped me with also adding some more things but you cant see all of it due to it being for the future updates but its a WIP anyway.

We will be releasing 1.0.2 soon as we get the world generation recreated.

having more set backs due to Minecraft adding more to the end world and stuff. I will be modifying some things to make it fit the end once again but I will be releasing 1.0.2 soon as possible.

I am back and working on my mod again and been going though allot to get back to making mods again, I have came a long way from where I started. still having problems having to factory reset once a day due to test fails and and then making a back up of ever stage of progress in my project. I have tones of new plans for my mod.

I am back once again and I am a bit unset with how Mcreator new system works I cant get any custom coding to work and I am working on my biggest update know and it will be adding allot more things like mobs and Creatures and I been working on some deep coping and MCreator is being a pain and not taking the code I use to use or new code I am not sure if there is a new forum of coding or what.

right things are starting to kick it up with the update for 1.8.1 I am still working on slabs and stairs off to the side I suck at coding but have learned a crap tone over the time I have been with mcreator. Ill be making a giant update soon and I also have 4.863 more items and blocks to add and 243 custom codes for some projects I am working on and my new update wont have that much sadly but this mod is growing more then I plan in the beginning. just upsetting its taking for ever.

I am working on the update I am adding allot of new things and if I upload know there will be allot that will not function, due to the mod not being ready. I know how to set it all up and updates have made this all possible, I had to rethink some things due to stuff being made easier know. I had to restart the project more then once and its been fun fighting with this and learning everything. if its requested ill try to get a update out for you all just to show a sample of what I have so fare. its not much or at least it wont seem like much due to how the mod is going to function.

well more set backs due to updating soon as I get this update completed and repaired ill be ready to update my uploads. there are allot of new things and things are going a little insane with allot of the custom work. hope to be done soon but I still have 630 outfits I am working on with the living armor types and that comes out like 36 outfits or something like that once said and done. might sound odd but its something big I been working on and I have allot of plants and mobs I been working tiredlessly on.

ok its fixed sorry about that. I type a message like 6 times know and it still wont let me post a long one.

I am working hard to get this working again. I had a falling out with my mod and with life its self and need to redo or repair my mod. if I ever get this fixed the caves will have allot more to them in design and also there will be cave villages, with plants life and other things, and if I get it to work living armor like no other soon before in minecraft armor mods wise or at least I never seen like it. until I created it that is.

"EnderCave" is a Username of a friend :O