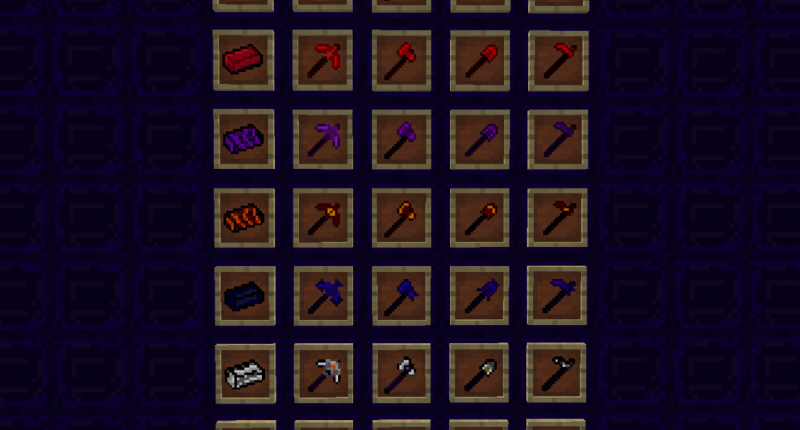 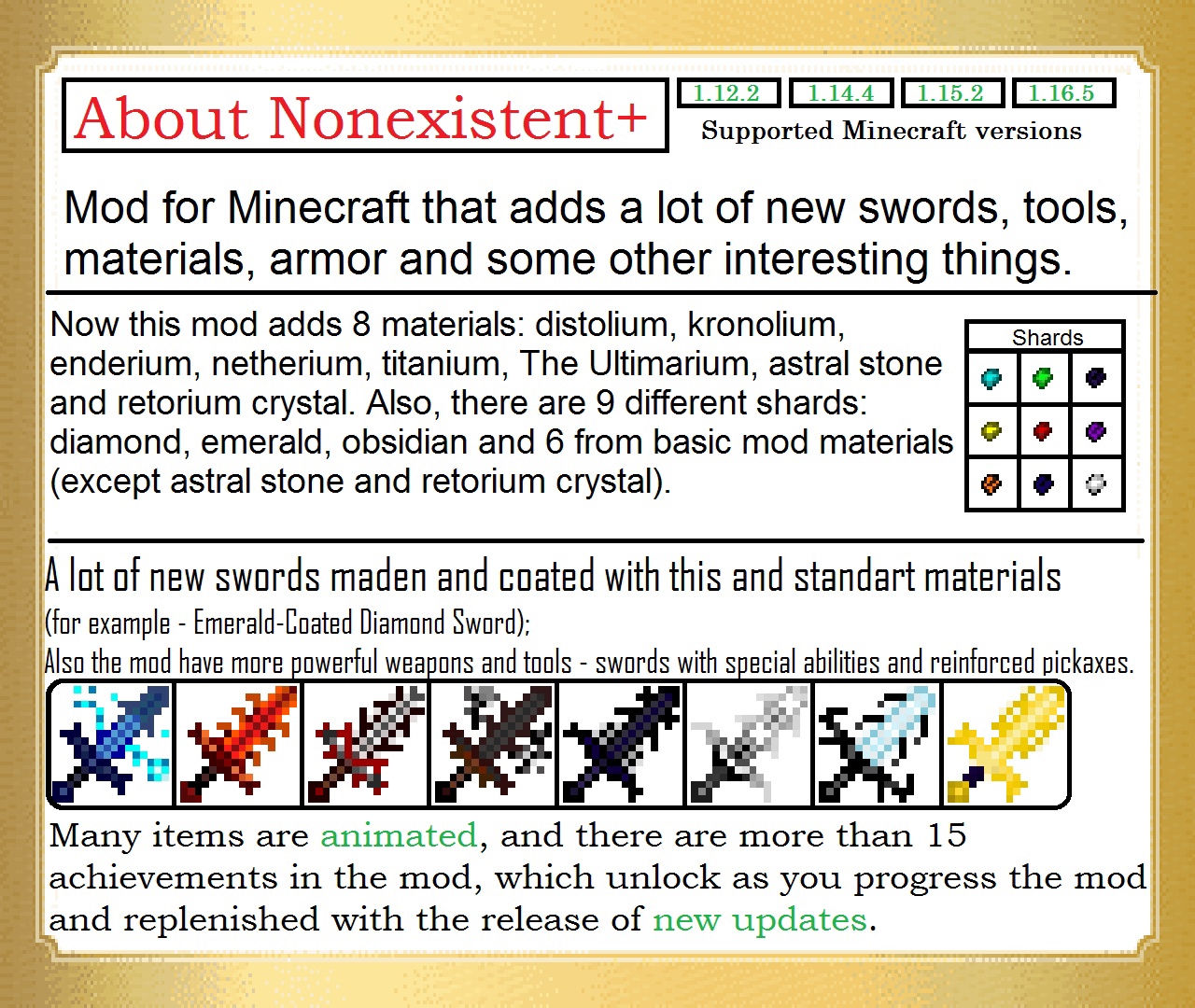 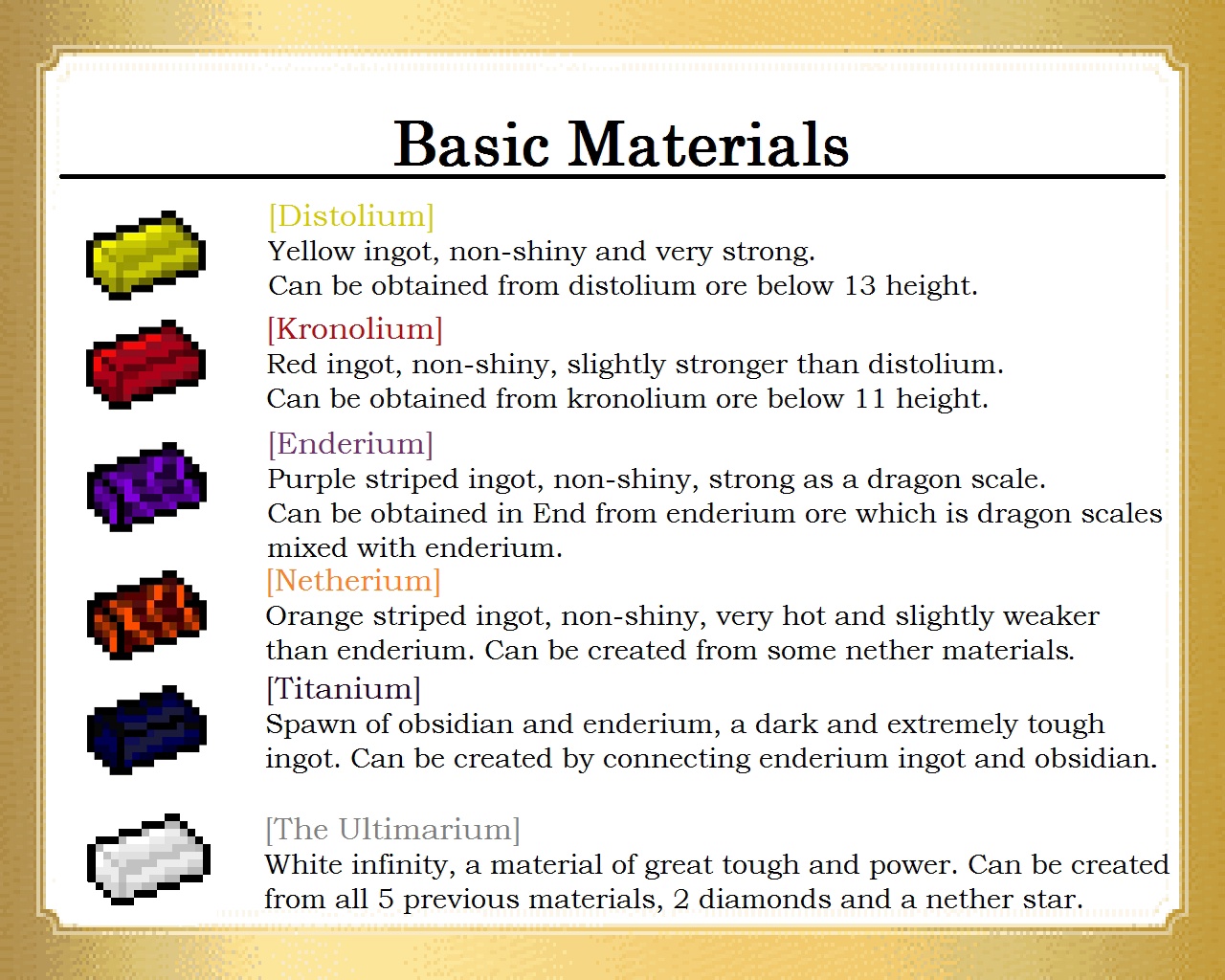 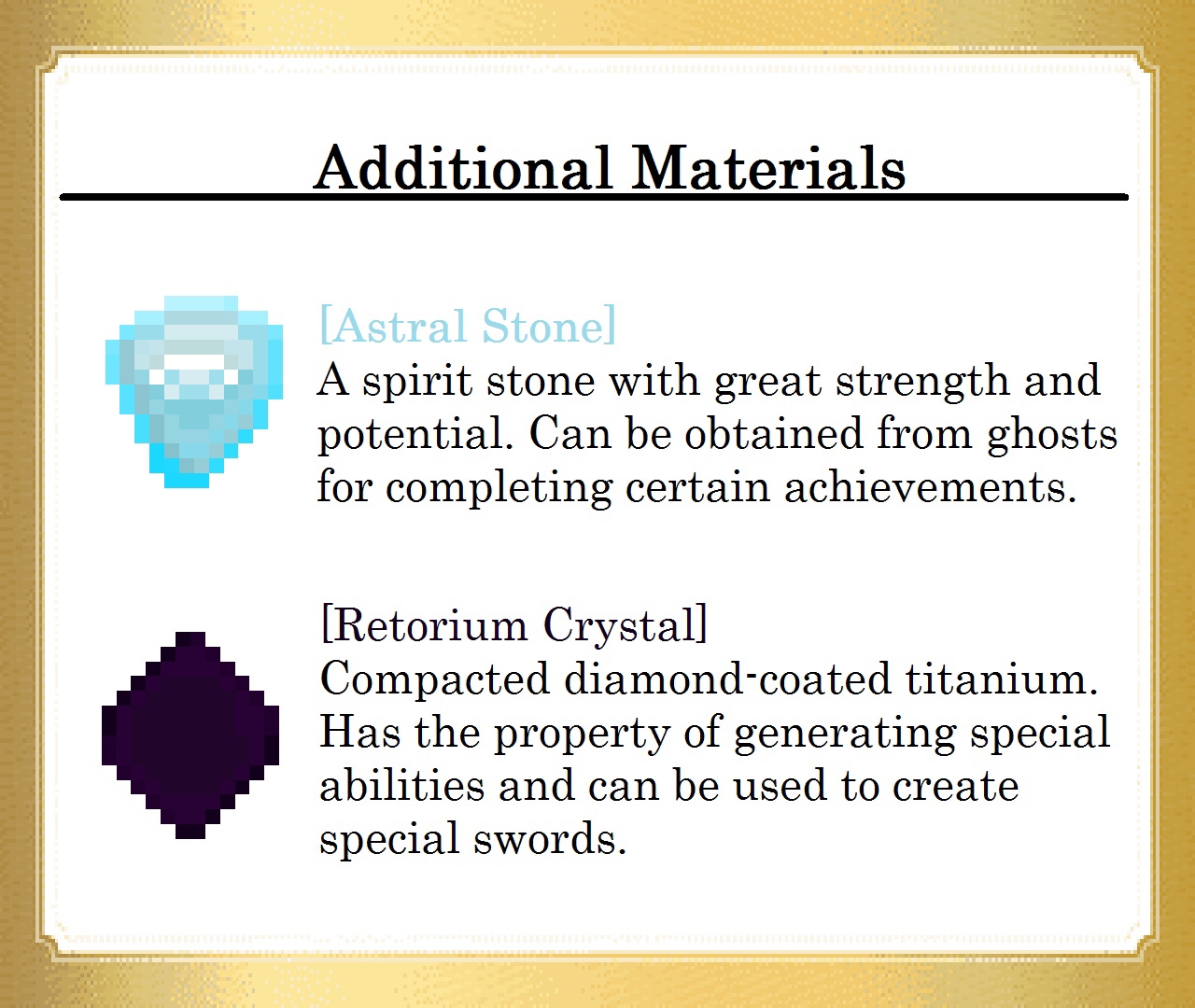 This mod exists since Sep 26, 2019. Older versions you can find on CurseForge.

The mod was almost perfectly balanced in versions 2.1 and 2.7(3.4). Properties of weapons and tools in previous versions may be very different.

[1.12.2] When launching the world created on versions before 2.1.1 with the mod version 2.1.1 and higher, be prepared for the all elements from the mod will disappear! (This is due to a typo fix in modid of Nonexistent+) 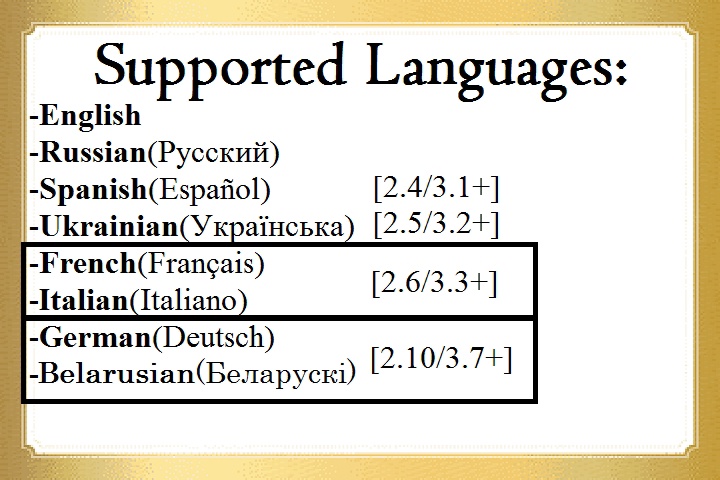 - Added some new enderium and netherium-coated swords;
- Netherium-Coated Kronolium Sword - new special sword, named The Infernal Wrath. Have special ability that use netherium shard to teleport you to Nether(can teleport into the air or into blocks, be careful using it);
- Changed some swords properties;
- Added one new achievement.

- Added new reinforced pickaxes: iron, gold, diamond, netherium and Ultimarium;
- 2 new achievements;
- Changed some crafting recipes;
- All tools and weapons have been balanced;
- Bug fixes;
- Changed the properties of some special swords;
- Added The Ultimarium Block;
- The properties of many items and blocks also have been changed;
- Added some features.

-Fixed a typo in modid. Launching the old world with a new version, be prepared for the everything from the mod will disappear!;
-Fixed bloodthirsty special attack;
-Created a consistent achievement system;
-Other minor fixes.

- Added some new enderium and netherium swords coated with other materials;
- The Ultimarium Star has been added. Its ability gives you a bunch of buffs;
- Now mod have tags for its materials;
- Added The Ultimarium Shard;
- 2 new achievements;
- New special sword - The Ethereal Ease which ability gives you speed boost and extinguish if you on fire;
- Some bugs fixed;
- Some new sounds.

Bloodthirsty:
- Changed special ability, now it trade 19 of your health for power-ups;
- Added sound effects on ability using;
- Achievement description changed.
Thunderer:
- Special ability cost increased from 5 to 15, cooldown increased from 5s to 15s, now strikes 3 lightbolts instead of 1;
- Fixed texture of the sword;
- Added sound effect on ability using;
Other swords changes:
- 7 new Titanium-coated swords;
- 9 new X-coated Titanium swords;
- Slightly changed texture of Distolium sword;
- Added new way to create any coated sword in existence;
- The damage of all coated swords has been changed according to a new formula;
- Damage of swords on 1.14.4 has been equalized with 1.12.2;
- Added ignite on hit function on netherium-coated swords.
- (1.12.2)Fixed bug with Nightkiller's achievement.
The Ultimarium:
- The Ultimarium Star's ability cost and duration increased. Power-ups were buffed;
- The Ultimarium Block's power-ups were increased;
- The Reinforced Ultimarium Pickaxe after-creating buff duration increased from 15 seconds to 10 minutes;
- The Ultimarium tools stats were incresed.
Other changes:
- (1.12.2)Changed Enderium/Netherium pickaxes recipes;
- (1.12.2)Damage of all axes degreased by 2;
- The mod was ported to Minecraft 1.15.2;
- Updated the localization files.

- Fixed the bug with enderium not spawning or spawning very rare.

- Added The Ultimarium Armor;
- 6 new The X-Powered Ultimarium Swords;
- Updated texture of The Ultimarium;
- Added sound effect on Strengthblessed ability using;
- Added 2 new achievements:
(22)Overlord - Equip the full set of The Ultimarium Armor;
(23)The Founding Titan - Create The Titanium-Powered Ultimarium Sword;
- (1.14.4/1.15.2) Added achievement (21)Sword Demon - Get all achievements of Nonexistent+;
- (1.12.2) Achievement (12)Sword Demon has been succesfully fixed and now can be obtained;
- Durability of all armor in the mod has been increased;
- Updated the localization files;
- The mod was ported to Minecraft 1.16.5.

it's a little generic. i like enderium a lot (i think they should add a mineral/ore in the end), but "netherium" is already kind of a thing.

Love the mod! but maybe remove netherium and update it to 1.14, also, maybe change the end of the ores names to "ite" instead of "ium"

I will remove the netherium and change the crafts in 1.14.4, I won't touch the enderium. Thanks for the critics.

I see alot of "kinda generic" comments....
But "generic" mods are what can make a modpack great, they add more diversity to minecraft, more options. Not every mod needs to be super original and unique. This mod adds some cool new materials, swords, tools, and armor. With alot of my modpacks I have created for personal use, these are the kinds of mods I look for.
I love the swords, they look super cool.
Seriously, great mod!

I like this idea too, but I'm still thinking about how to properly implement it. If I come up with a solution, I will start adding reinforced armor in next updates.

cool!i love ender ores and i don't care if it is called a generic name so imma download!