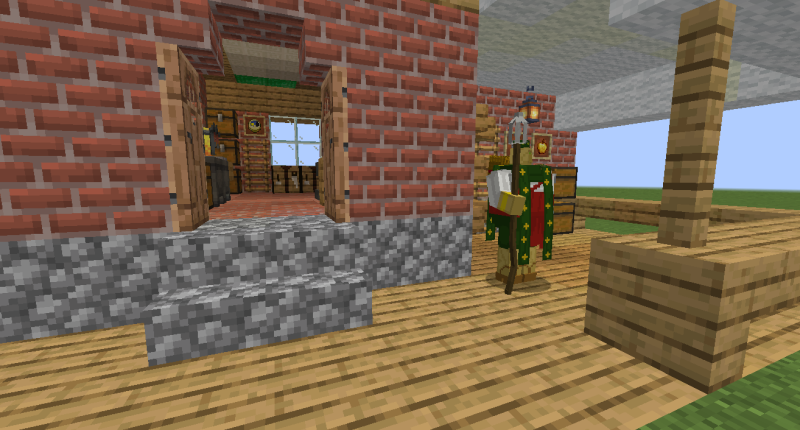 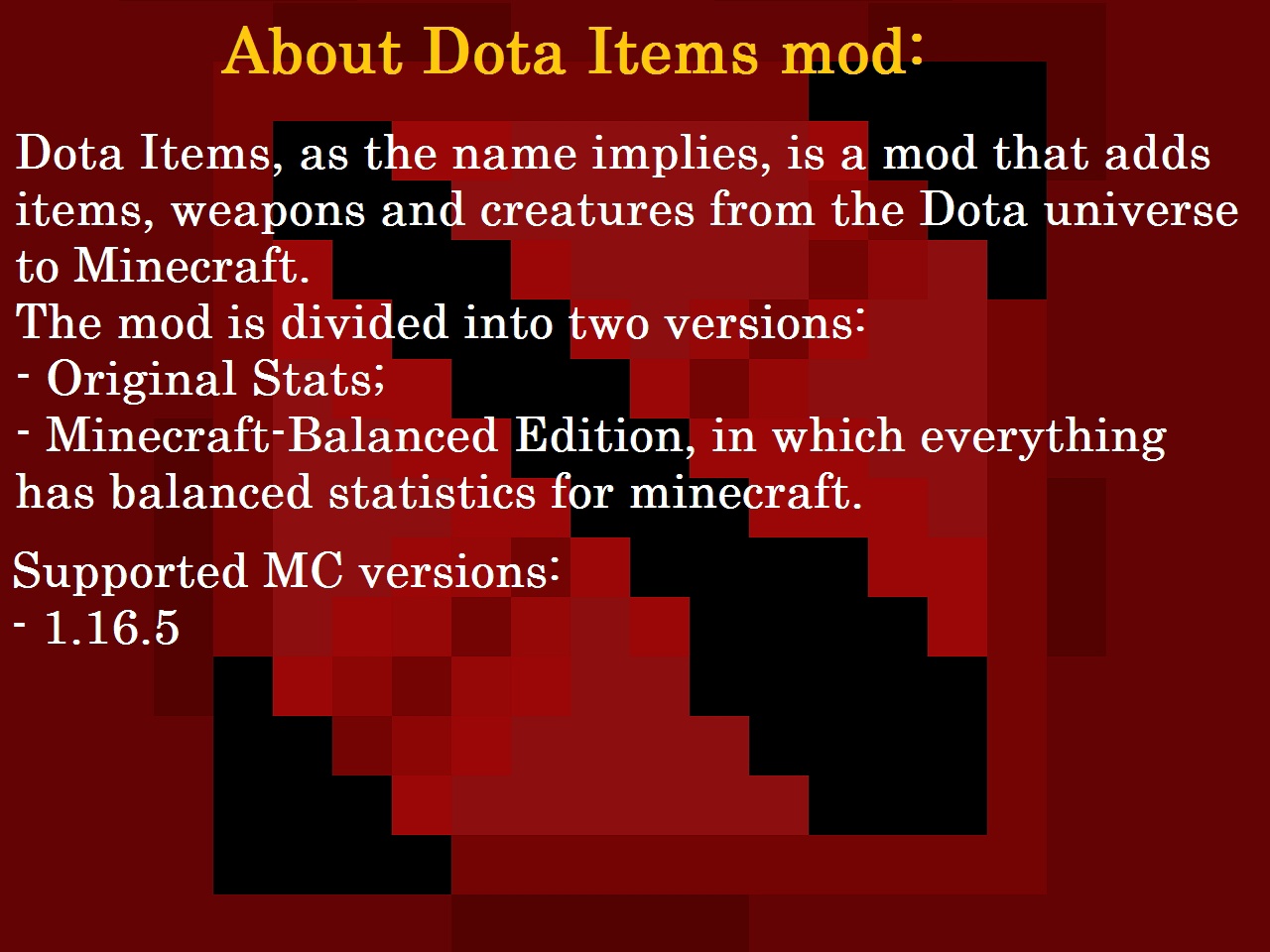 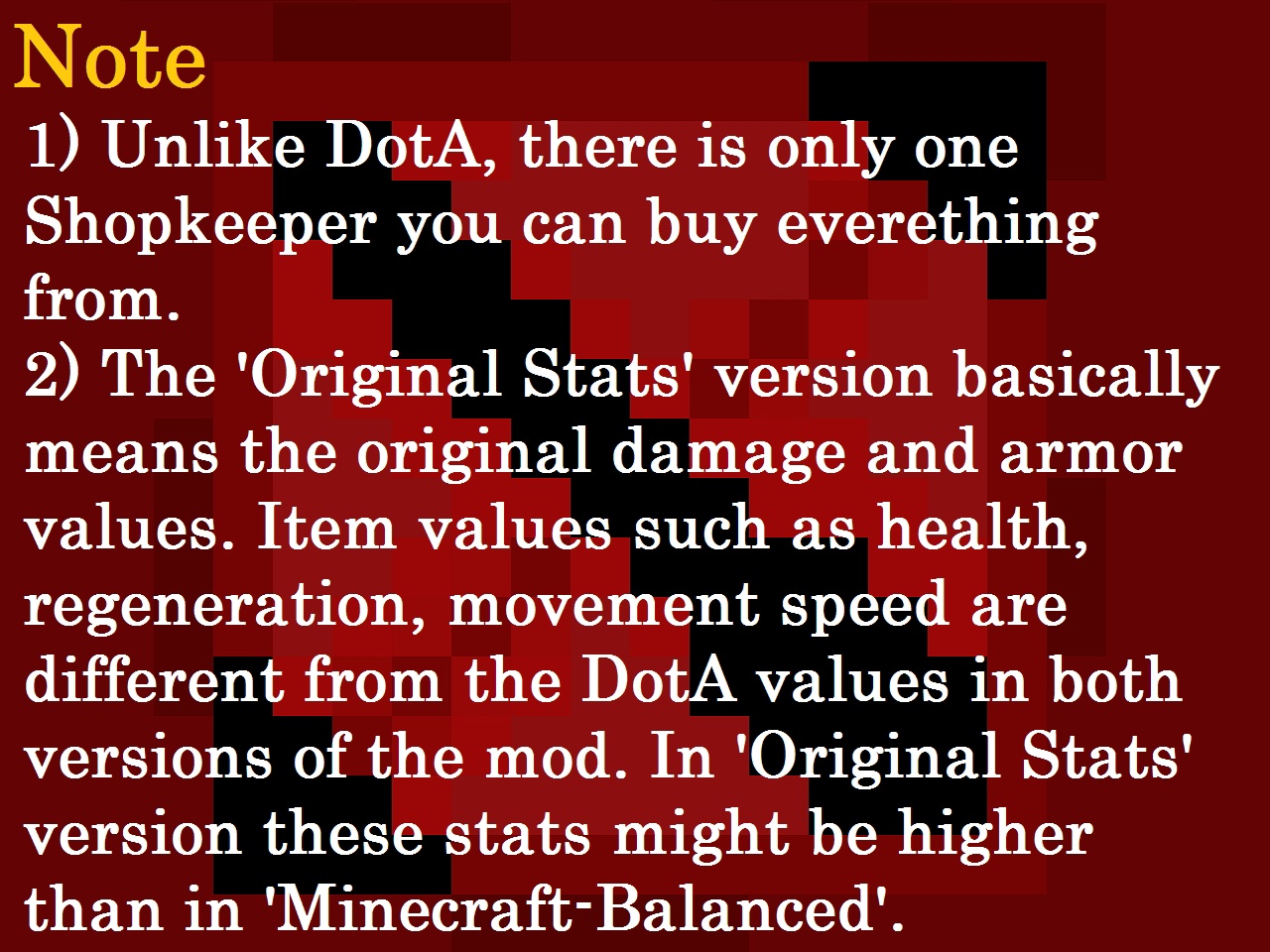 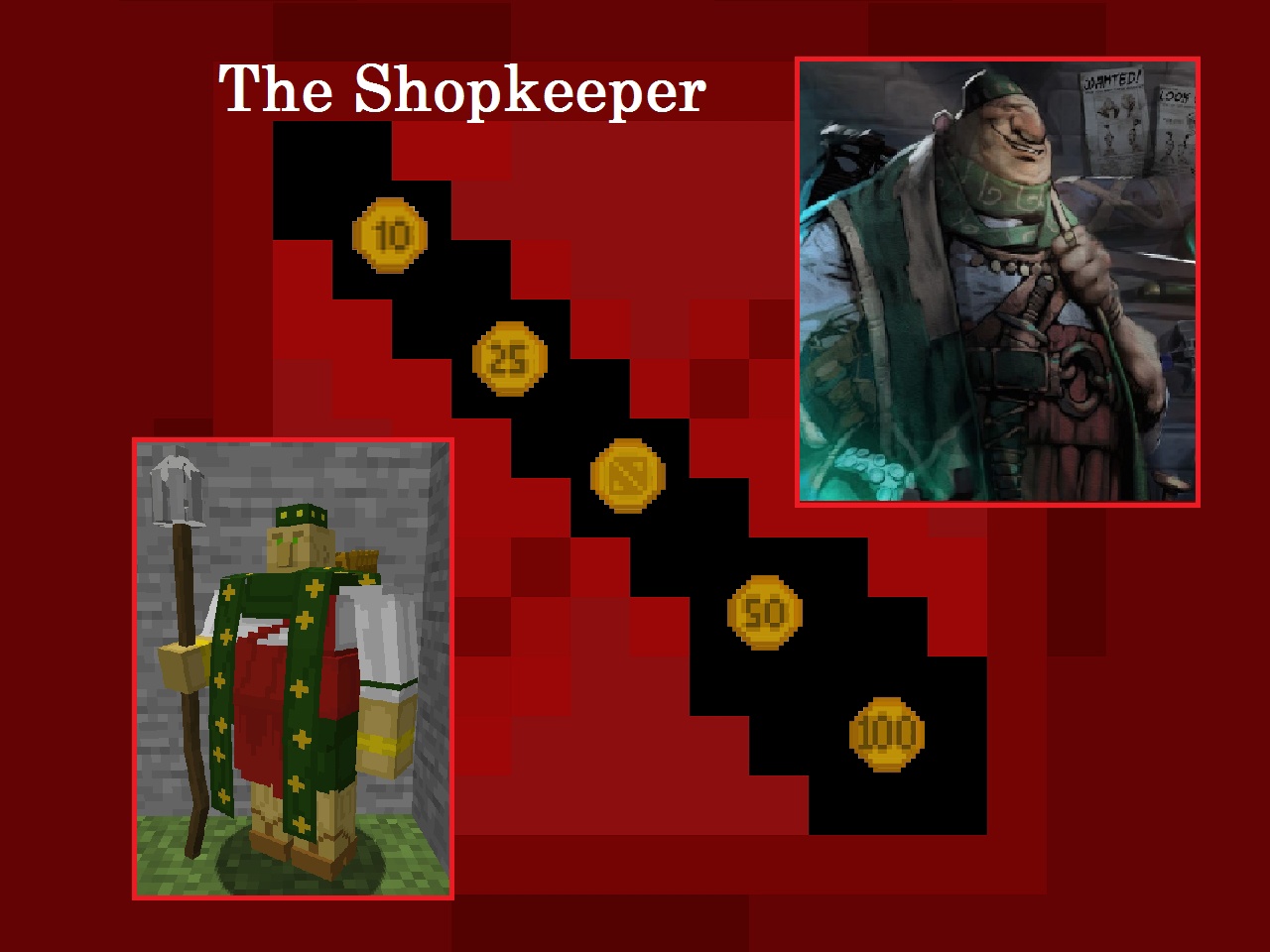 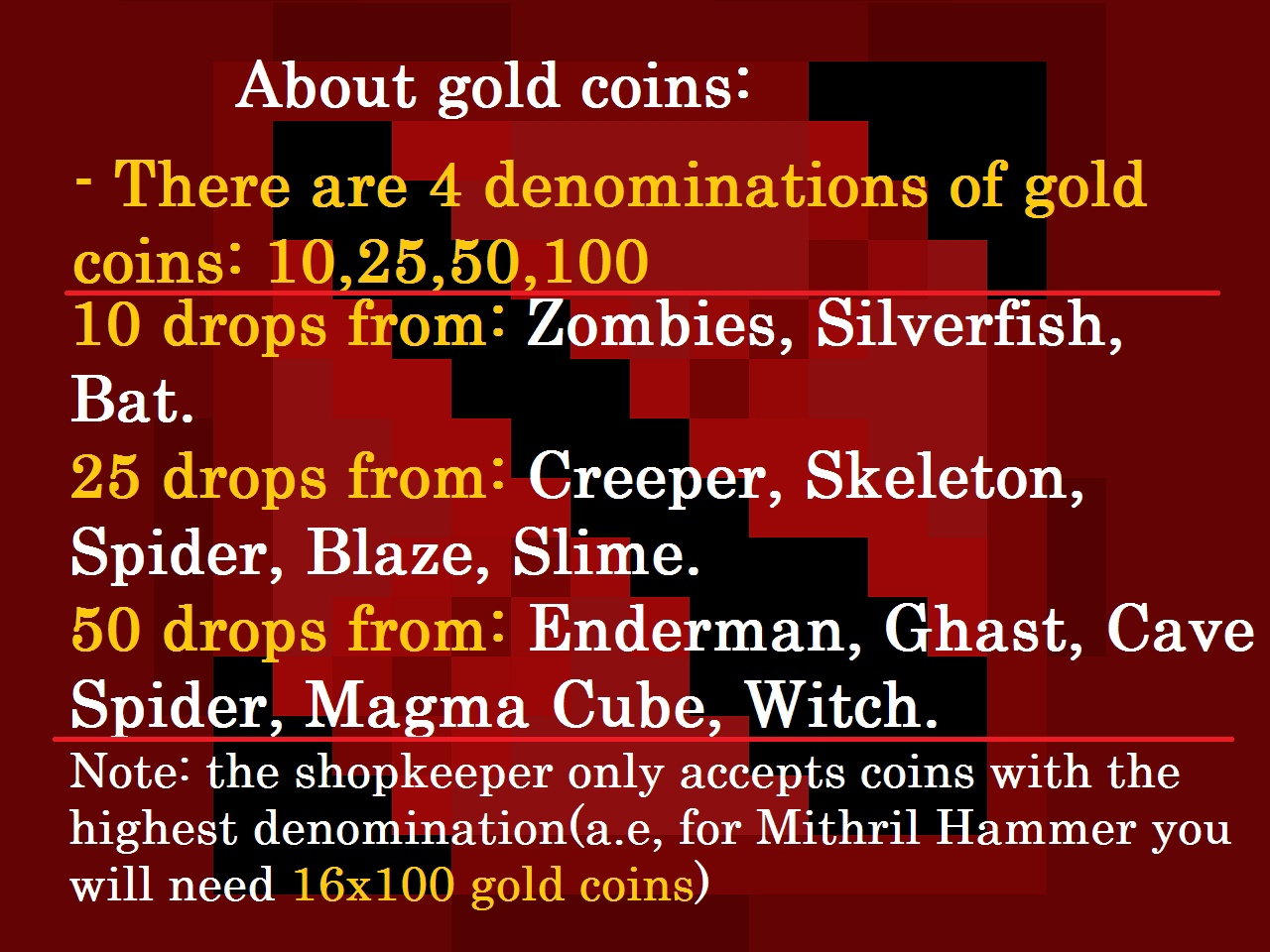 This project is not a continuation/rebirth of the old Dota Items Mod.
Mod on CurseForge - https://www.curseforge.com/minecraft/mc-mods/dotaitems
Next update(1.2):
- Runes;
- Tom of Knowledge;
- ...
Supported languages:
- English
- Russian

The Dota Items mod is here! After 2 months of development, I'm ready to present you the first version of the mod, containing:
- The Shopkeeper and his house where you can buy items added by this mod;
- Gold Coins(10/25/50/100) which you can use to buy items;
- Quelling Blade;
- Blight Stone;
- Mithril Hammer;
- Desolator;
- Broadsword;
- Bottle.
Every item added by this mod have a 3d model!

- 6 new items:
- Consumables: Healing Salve;
- Equipment: Claymore;
- Miscellaneous: Ring Of Health, Void Stone;
- Other: Battle Fury, Perseveranse;
- 7 new achievements:
- Dota Items(Something from DotA Universe appeared in this world...);
- Blood Money(Get your first Gold Coins);
- Good Deal(Buy something from The Shopkeeper);
- Did You Call The Doctor?(Use the Healing Salve on someone);
- Now They Will Suffer!(Create the Desolator);
- Farming Just Got Easier!(Create the Battle Fury);
- Heaven's Wrath On You!(Kill The Shopkeeper);
- Fixed The Shopkeeper disappearing;
- The Shopkeeper is now susceptible to player damage;
- Added event on Shopkeeper's death;
- Mithril Hammer now identifies as pickaxe;
- Other minor fixes.