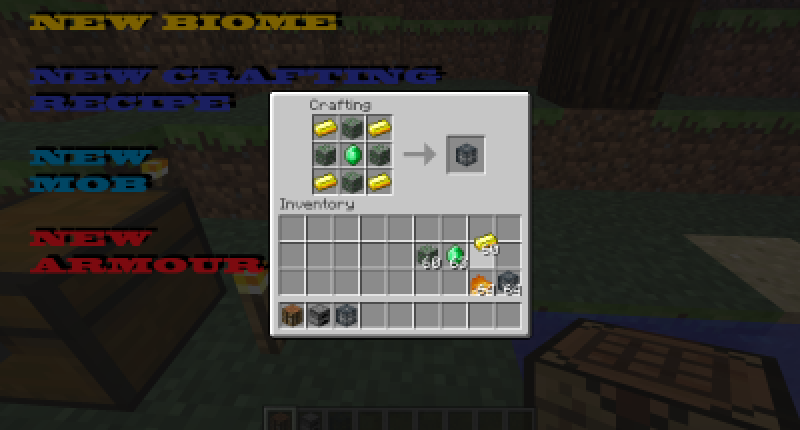 I have never made a mod before or one that works is what i meen, but now that i found out about MCreator I like making mods!

THIS IS MY FIRST MOD, IT ADDS

+Monster spawner can be put in a furnace to make fire, and you can use fire to make chain armour.

+I also added new armour such as Redstone, Obsidian, and Dirt armour.

+I also created a Redstone pickaxe called "Redstone" I think i will fix the name dont worry.

I hope you enjoy the mod!

i have not downloaded this mod, but as a first mod, i like the creativity! I would like to suggest a few things
1. Isnt a monster spawner made of bars? not mossy cobble (change the top and sides to iron bars)
2. make the redstone pickaxe "Red Devil"
3. take out dirt armor and replace it with wooden armor (it just makes more sense)